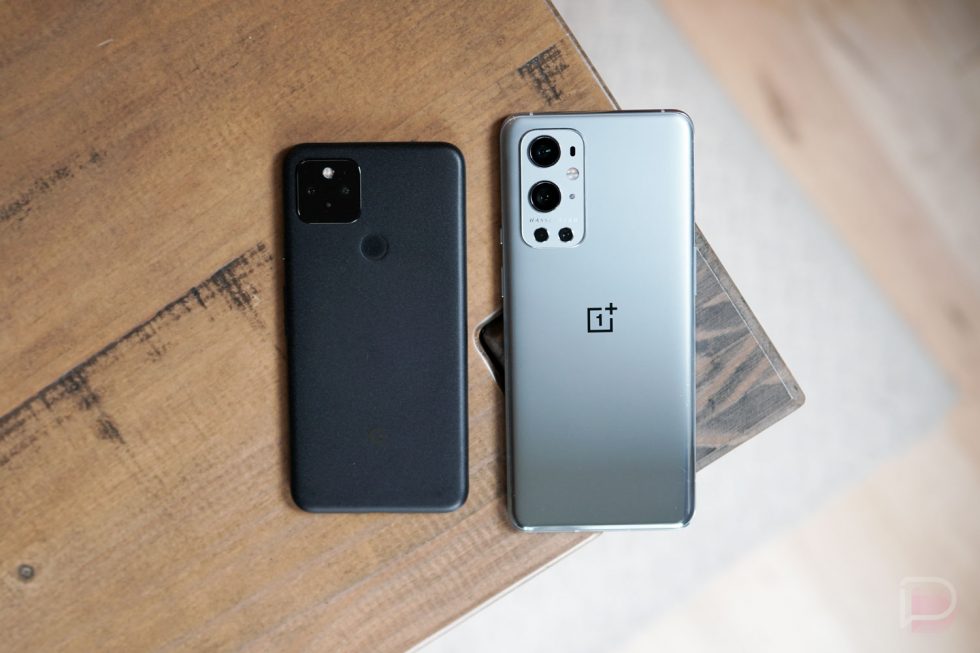 I just wrapped up my review of the OnePlus 9 Pro, and as I do after every phone review, I take a second and ask myself, “Do I want to buy this phone for personal use?” The answer is, no, but not because of the price or software or camera or even the below-average battery life. Nope, all of that I could live with. I don’t want the OnePlus 9 Pro for the same reason I gave up on the OnePlus 8 Pro and the 7 Pro and why I won’t even touch a Galaxy S21 Ultra: they are all too f*cking big.

Is this me whining again? Yes, that’s happening too, but I’m feeling like a man with little choice when it comes to smartphones. Besides the fact that only Samsung and OnePlus are making proper flagships these days, my bigger issue is that I’d never buy their phones because I don’t want to carry around a tablet whenever I leave the house.

Remember when we all mocked the Nexus 6 for living up to its whale of a codename? The OnePlus 9 Pro is taller than it! So is the S21 Ultra! Sure, they have bigger displays with smaller bezels and aren’t as wide, but they are still freakin’ huge. They are all whales now.

I’ve basically been reduced to buying and using the Pixel 5 at this point. It’s still not exactly small, but it’s just about right and still manages to house a 6″ display. It’s crazy to think that a 6″ display could be considered small unless you acknowledge that the 6.7″+ crowd has dominated high-end phones for several years. Homies are carrying around Nexus 7 (2021) models at this point and being like, “Do you like my new phone, bruh?”

And look, the Pixel 5 is a fine phone! I actually like it a lot. I can also admit that it lacks the best processor, the best cameras, enough storage and RAM, those super neat ultra-fast charging modes, and a 120Hz display. The Pixel 5 is not even close to being a high-end phone in the way that Samsung and OnePlus’ newest phones are.

The thing is, I want the best of the best in a package that my one hand won’t strain to use. I want a phone in a Pixel 5-esque body that has the Snapdragon 888 and 120Hz and 65W charging. I thought the smallest Galaxy S21 might be it, but it pretty much sucks. The new OnePlus 9 could have been the one, yet it’s almost as big as the 9 Pro.

Which brings up another issue – why do we have one giant “Pro” or “Ultra” model with everything and then a couple of lesser options? That sucks, man. I hate to bring up Apple, but Apple doesn’t do that with its top tier phone. You have the iPhone 12 Pro and the iPhone 12 Pro Max. They pack almost identical specs outside of items that need changing because of size (like battery capacity). Samsung was doing this for the most part until this year, where they royally screwed up the regular S21 and S21+. Why the change?

Anyways, you get my complaint. It’s similar to the one I brought up last year when 70% of you told us that you too were over the giant phone craze. The takeaway is pretty basic in that I want all of the goods in a phone that isn’t the size of my cat. Copy Apple, everyone. They at least get it.