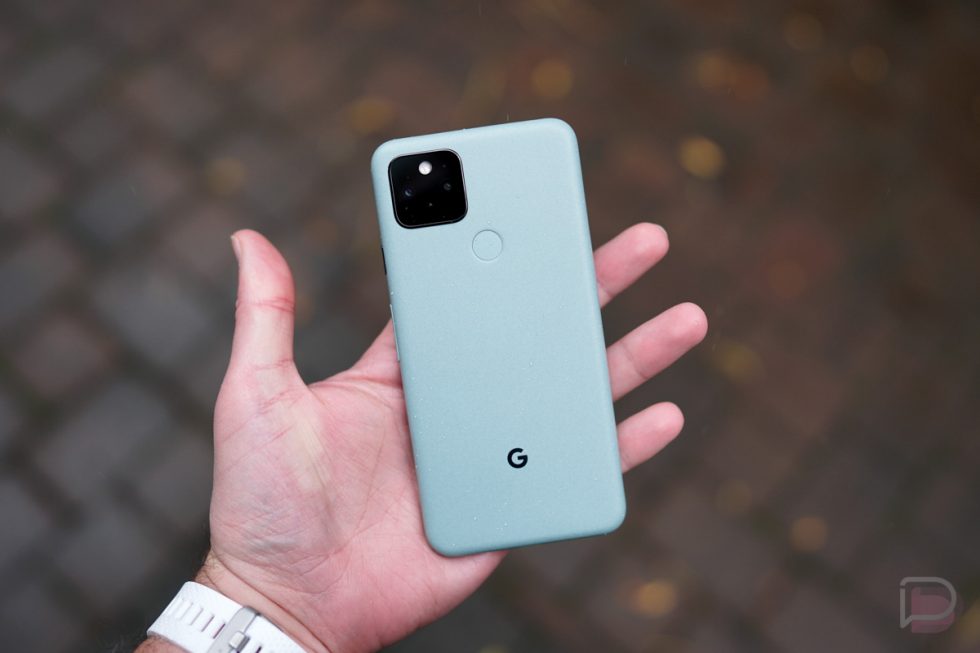 It has been two weeks since I published our Google Pixel 5 review, where I talked about its simplicity while also pointing out several flaws. Since posting that, even though those flaws all still exist and I don’t see myself putting the Pixel 5 at the top of any sort of short recommendations list, I’ve got to tell you that the phone just keeps growing on me.

Trying to pin down why this spec-weak, not-very-competitive-at-its-price-point phone has somehow won me over is still somewhat of a mystery. I still get annoyed at how slowly this phone processes photos. It’s ultra-aggressive, dim-heavy adaptive display is obnoxious and the panel itself can’t match up to any of my Samsung phones. The “stereo” speakers are really bad. The charging isn’t fast enough. And again, I’m not sure this is anywhere near being a $700 phone.

There was a point about a week prior to my review going up – during this DL Show – that I was pretty close to writing this phone off. After spending a couple of weeks switching between it and the OnePlus 8T, it was so clear during that time that the 8T was an overall better phone outside of the camera. Coming from several months of using the Galaxy S20 before that, that contrast in my expectations didn’t help the Pixel 5 either.

So what changed? After my personal Pixel 5 order arrived and I put aside the review unit I had been testing, it’s almost as if getting out of “Review Mode” and into “Personal Phone Mode” is what did it. Instead of actively analyzing every missed frame, looking for flaws or weaknesses compared to other phones I happened to be testing at the same time, or tracking battery usage, I was able to simply settle in and not worry about anything other than incorporating the phone into daily life.

As an example of what I mean by that, I would point to the really weird pandemic-owned Halloween we just finished up. There were night time pictures to be had of my kid dressed up and the spooky graveyard I setup in my yard, costumes to stash a phone within, durability worries as you do everything outside, and a long day where thinking about finding a charger was not something I wanted on the mind. What I’m getting at is I chose the phone that has a camera I still trust over others in challenging situations, a smallish phone that could be stashed wherever, an IP68 rating and metal body I stress less about while living life, and easy full day+ battery life.

But that’s just one example. The Pixel 5’s Screen Call feature has been used excessively by me in recent weeks. I don’t know if its because of election robocall season or what, but I feel like I’ve screened 6-10 calls per day, which this phone handles for me so well. 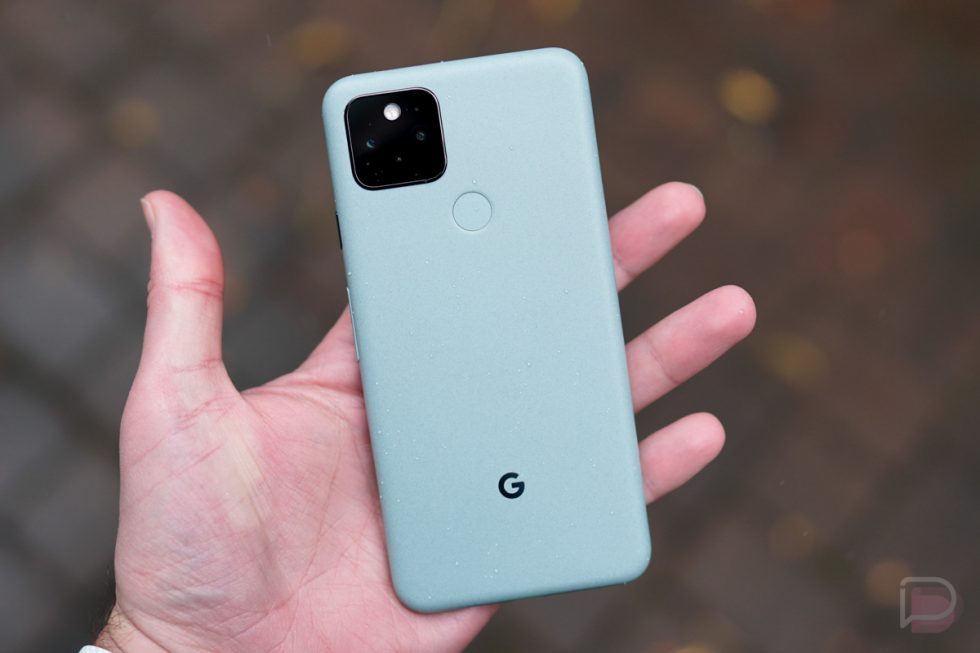 Even though I still thoroughly enjoy the Galaxy Fold 2 and its mini-tablet form, it’s also a heavy f*cking device that is a nuisance to drag around anywhere that isn’t the couch. The Pixel 5, well, it’s about the perfect size. It still has a large 6″ 90Hz display, yet you can use the phone with one hand, it’s incredibly light, and you know, those matching bezels around the entire front are still an absolute pleasure to look at to this day.

The Pixel 5, in a very short amount of time, has erased a number of years worth of all-glass stress. I spend a lot of time cooking (scary water!), working out in my garage (scary dirt!), and playing with my son (scary outdoor nature and elements!). This non-glass body and IP rating is the perfect combo for someone like me who really needed a phone that’s more tool than show piece.

I’m starting to find less and less issues with performance too. The weird thing there is that I’ve complained about two of Google’s phones this year as having spotty performance, this being one, yet this morning I did the opposite to myself. I was using my Galaxy Fold 2 and noticed a stutter or hiccup when exiting an app and flipping into the app switcher and grumbled. I then put it down and grabbed the Pixel 5, swiping around a few times to only to note how much better it felt.

This month-long journey with the Pixel 5 has been an interesting one.

What’s funny about everything I just wrote here is that it’s almost as if “Review Mode” Kellen was right when he said that this phone nails the basics as a no nonsense tool that “Personal Phone Mode” Kellen might actually enjoy, assuming I could stomach its price. I guess we know the answer to that.