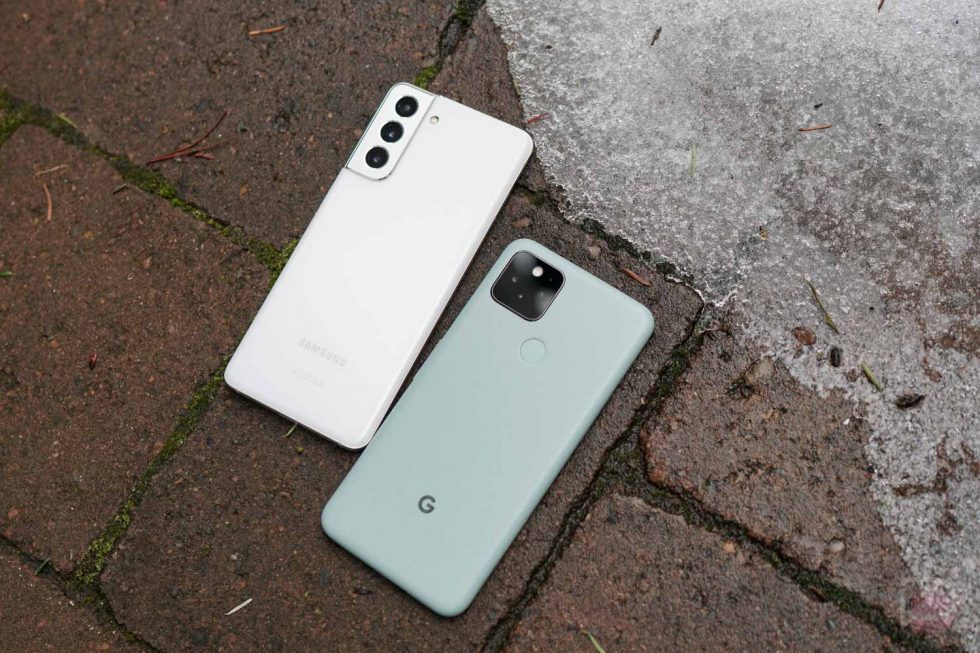 Passing on the Galaxy S21 to keep Google’s weird phone.

When a new year kicks off, just after we’ve crowned our “phones of the year” from the previous 12 months, the first wave of phones hits to show us the beginnings of new tech trends going forward. It’s also the first chance for a company to step up with their next phone and try to replace the kings of the year before.

Samsung is often one of the first out of the gate with their new Galaxy S line, and that didn’t change for 2021. The Galaxy S21 and Galaxy S21 Ultra arrived earlier than ever and I’ve spent quite a bit of time with the regular Galaxy S21. As the phone of the line that most appeals to my tastes, plus the fact that last year’s Galaxy S20 was the phone I spent the majority of 2020 with, I expected for this to be my phone of choice going forward. As it turns out, I’ll be sticking with Google’s Pixel 5.

At some point, I’ll hammer out my Galaxy S21 review to dive into all of the reasons I think this year’s Galaxy S line is one to skip, but this post is more about why the Pixel 5 is the perfect phone for me, at least for now.

Pixel 5 is the perfect combination

The reason I assumed that I would like the regular Galaxy S21 is because the Galaxy S20 from last year was my favorite phone up until the Pixel 5 won me over. What I loved about the Galaxy S20 was the size, its in-hand feel, the display, its software, and performance. When the S21 showed up, I assumed it would tick all of those boxes again, only with a slightly updated design and improved internals. That’s not what happened, though. In all of those areas, the Pixel 5 beats the Galaxy S21, at least during my testing.

The Pixel 5 feels better in my hand with its semi-grippy textured backside vs. the obviously-plastic backside of the S21. It’s also slightly shorter, ever-so slightly slimmer, and about 20g lighter with almost the same size display. The Pixel 5 is overall a more pleasant phone to hold and use, especially for long periods of time.

As for that display, I’m not about to tell you that the Pixel 5’s display is better than the S21’s. The 6.2″ AMOLED panel in the S21 is brighter and less warm in tone than the Pixel 5. However, the touch responsiveness of Android and the display together are better on the Pixel 5. That surprises me, and it could just be the way Samsung’s One UI 3.1 reacts and animates so slowly to everything, but the Pixel 5 is noticeably snappier when using.

In software, well, as much as I enjoy Samsung’s One UI, this latest version is most definitely not my favorite. One UI 3.1 removed the ability to reduce animations (was an Advanced Feature), so everything you do is so over-bloated with obnoxious transitions. There is an issue with the lockscreen that buries some notifications and won’t show them to you unless you fully unlock the device. The app drawer’s horizontal scrolling still pisses me off too. I could go on and on, but at least we have Google Discover!

On the Pixel 5, I get Google’s Pixel Experience with its minimal elegance, faster animations, proper folder sizing and app drawer, and true representation of Android’s notification experience. I just prefer Google’s take on Android, even if it means less built-in features like you might find from Samsung (ex: one-handed mode).

Finally, in performance, the Galaxy S21 and its 8GB RAM coupled with the new Snapdragon 888 have been a huge disappointment. The first week brought me several stuttering moments, apps failing to load in a timely manner, a slow camera, and other sluggish experiences. I was generally shocked at how badly this S21 performed. A recent update helped some, but the camera is still insanely slow to fully load, focus, and take a first picture, plus the UI just isn’t that fast to do some of my daily tasks.

The Pixel 5, with its oldish and no-where-near-as-premium Snapdragon 765G and 8GB RAM perform better than this S21. Would it during a heavy gaming session? Probably not, but your boy doesn’t mobile game. During daily tasks that involve Twitter, Instagram, Gmail, Chrome, Hangouts, and several other apps, the Pixel 5 brings a smoother, more reliable experience. 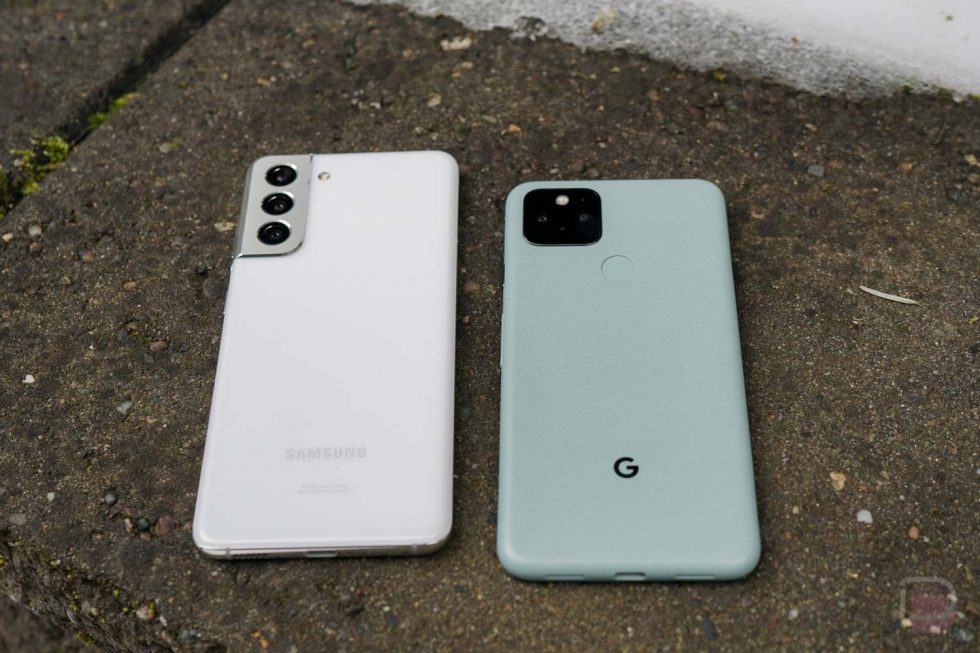 Battery life on the Pixel 5

The Pixel 5 has such incredible battery life that it’s the first phone in years that I’ve turned off the constant battery percentage icon in the status bar. Instead, I leave only the battery icon, because I know this phone will get me through an entire day and then some without a single worry. On the Galaxy S21, that hasn’t been the case.

My hope was that the Galaxy S21 with its Snapdragon 888 and large 4000mAh battery would find ways to sip juice, yet remain powerful in a more efficient manner. Not that battery life has been awful for me with it, but I’m having to get used to 15% battery warnings again each night while testing it. That’s not exactly a fun space to be in after having no battery concerns for several months.

They are pretty equal, I think. The Galaxy S21 didn’t receive an upgraded camera over the Galaxy S20, so you still get the same triple camera setup that was solid last year. We know the Pixel 5 didn’t see an upgrade either, although it did get a secondary wide angle lens in place of last year’s telephoto.

I think my general takeaway in this department is that I prefer the styling and processing choices that Google makes for its cameras over Samsung’s. The S21 would provide a bit more flexibility (it has a telephoto lens), but I like the Pixel 5’s portrait and night sight modes more than I miss long distance shots. Google’s camera app is also far less bloated and easier to navigate. I have no need for 8K video either.

As much as I still believe that Samsung is the “King of Android Updates,” there is one thing that Google’s Pixel line has over it: access to new versions of Android sooner. So even with all the praise I’ve heaped on Samsung in recent years for the improvements they’ve made to their update game, I’m an Android tinkerer at heart and that means I love to play with the newest in Android as soon as possible.

I’m not necessarily talking about monthly security patches or the stable release of whatever new version of Android is here. I’m talking about the fact that an Android 12 developer preview and a new Android beta program could show up later this month.

For years now, we’ve grabbed our Pixel phones in February or March or April to flash the first of several Android preview or beta builds. While the rest of the phone world sits backs and waits for new versions of Android to go stable, then another few months for their phone maker to prepare an update, Pixel owners have spent half a year with that version of Android through dozens of changes.

So yeah, it’s Pixel 5 for me until the next one comes along. Let’s see if OnePlus can win me over.