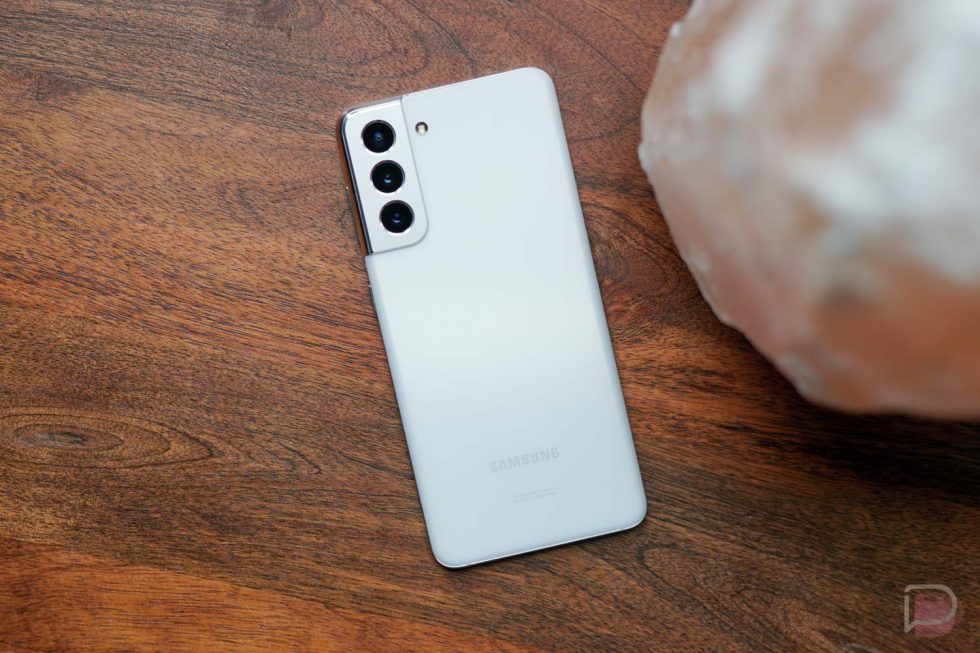 When you regularly review phones like we do, and maybe more specifically when you get to jump from one phone line to the following year’s, it’s pretty easy to be able to pick out what has changed for better or worse. You can tell if the camera has improved, if performance has changed, how much longer (or shorter) battery life is, which new features have been baked in (or removed) in the software, or if the design brings back that “Oh, OK, this is hot” feeling.

With the launch of Samsung’s Galaxy S21, all of that has been easy to pick up on, mostly because last year’s Galaxy S20 was the phone I spent the most amount of time with. It was my favorite phone for almost all of 2020 until the Pixel 5 snuck in and stole my heart. So while I’ve been reviewing the phone for far too long now, my general thoughts on whether or not the S21 is a phone I’d consider weren’t difficult to come by.

Let’s talk about them – this is our Galaxy S21 review. 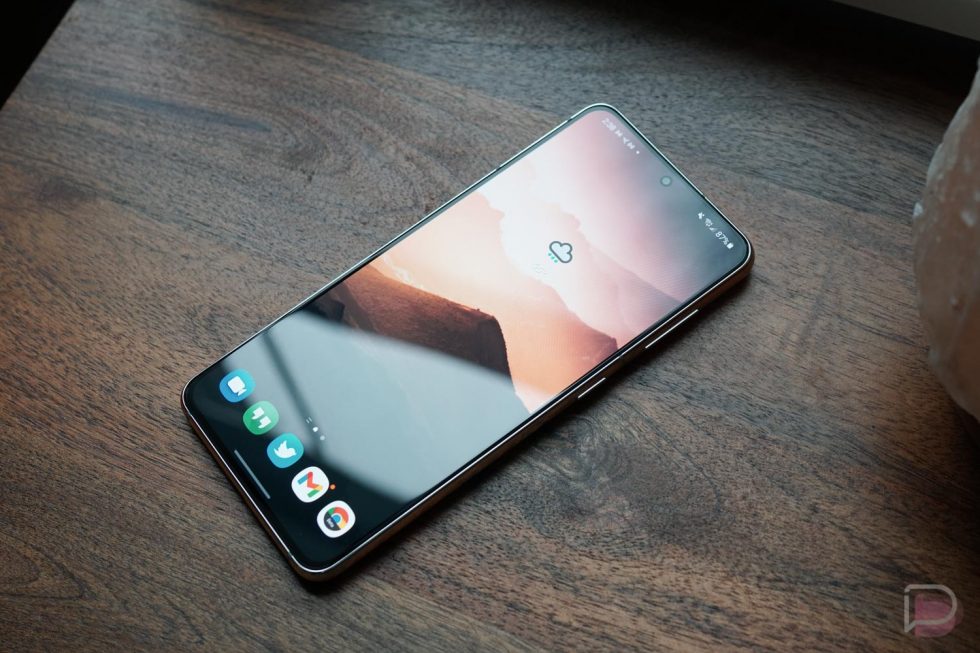 Display. Like with almost all Samsung phones, the display used on this phone is pretty great. It weighs in at 6.2″, is AMOLED, and has a resolution of 1080p with a refresh rate of 120Hz. It gets insanely bright, quite dim on the flip side if you need it to, and can be viewed at off-angles without losing quality. You’ll find blue light filters, some controls over the color profile, and solid touch responsiveness.

If I had complaints, it’s really just that it doesn’t feel quite as sensitive to touch as my Pixel 5. I’m talking responsiveness again, where the Pixel 5 reacts so quickly to any swipe, while the S21 is ever-so-slightly behind in tasks. That said, the 120Hz refresh rate produces an ultra-smooth picture that few phones can match.

Software. The team behind Samsung’s One UI software deserves a very big raise. Now several versions in, the industry has seen enough – One UI is the future and everyone is going to copy it. OnePlus already did. Google plans to in Android 12. Mobile operating systems that look like One UI are going to be pretty common going forward.

For the Galaxy S21, Samsung is using version 3.1 of One UI and it’s as polished as ever. It’s appealing to look at (once you tone down the animations), has more useful software features than you’ll know what to do with (videos below), and will see at least four years of updates, including three major Android version updates.

Some of my favorite features include all of the always-on display customizations, Samsung’s suite of “Advanced” features, all of the built-in “Link to Windows” integration, and the new option for Google Discover off to the left of your main home screen.

As for the software updates, Samsung has become the “King of Android Updates,” so when you buy a phone like the Galaxy S21, you’ll do so knowing that your expensive purchase will be supported for years and years, likely longer than you’ll keep it. 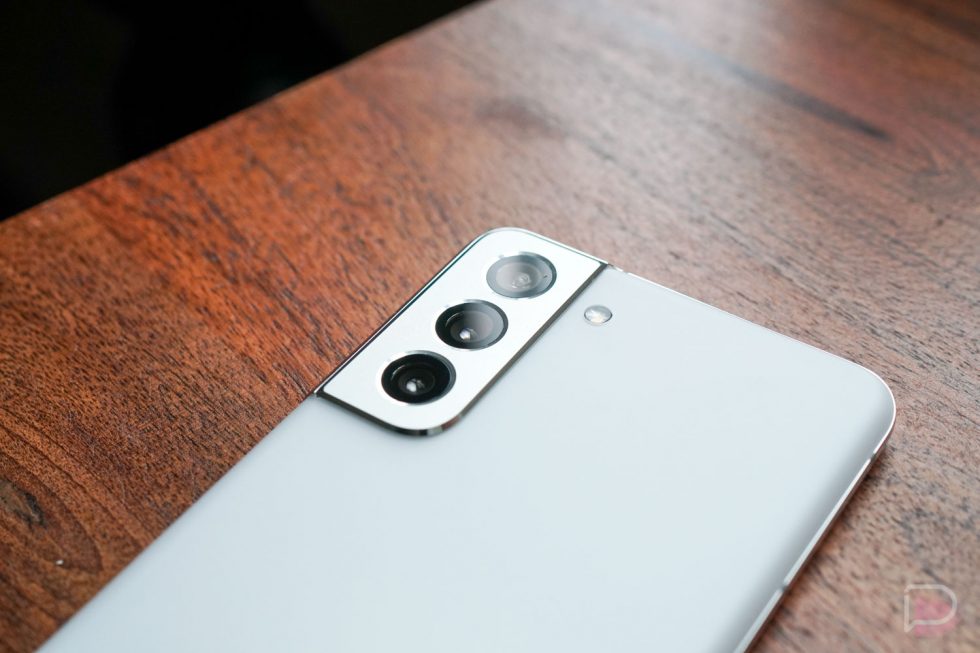 Camera. The camera setup on the Galaxy S21 is the exact setup we saw on last year’s Galaxy S20. You get 64MP telephoto, 12MP ultra-wide, and 12MP wide angle lenses, along with OIS and Dual Pixel AF. It has 30x Space Zoom, 724 different camera modes, and a camera app so robust I’m not sure I have time to list out all that it can do.

During my time shooting with it, I found the camera app to be pretty slow for the first couple of weeks, to the point where I grew frustrated and temporarily stopped using it for pictures. I think a software update helped there, but there were several times where I’d load up the camera app, focus, and tap the shutter button, only to realize 2 or 3 seconds later it hadn’t ever taken a photo. I missed shots I didn’t want to miss time and time again.

That’s not to say that the camera isn’t capable and still quite good. Again, the performance of the app has improved and I was able to capture a good portion of a terrible snow/ice storm we had here a couple of weeks ago. It took several great shots from that and this camera will definitely work for you in almost any situation. It’s familiar, since it was used in last year’s phone, but it’ll do you just fine. 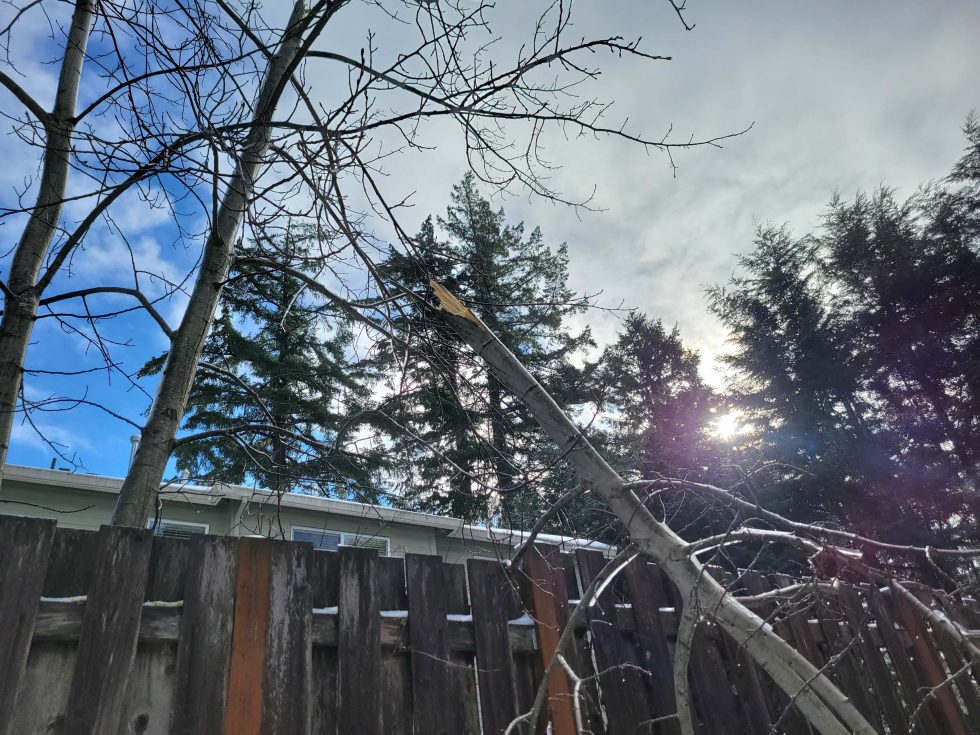 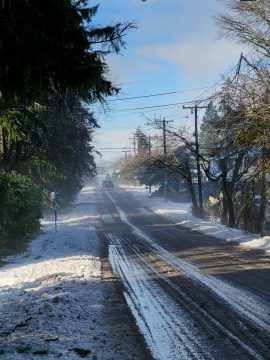 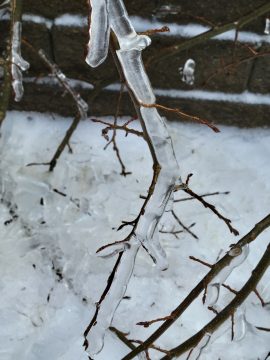 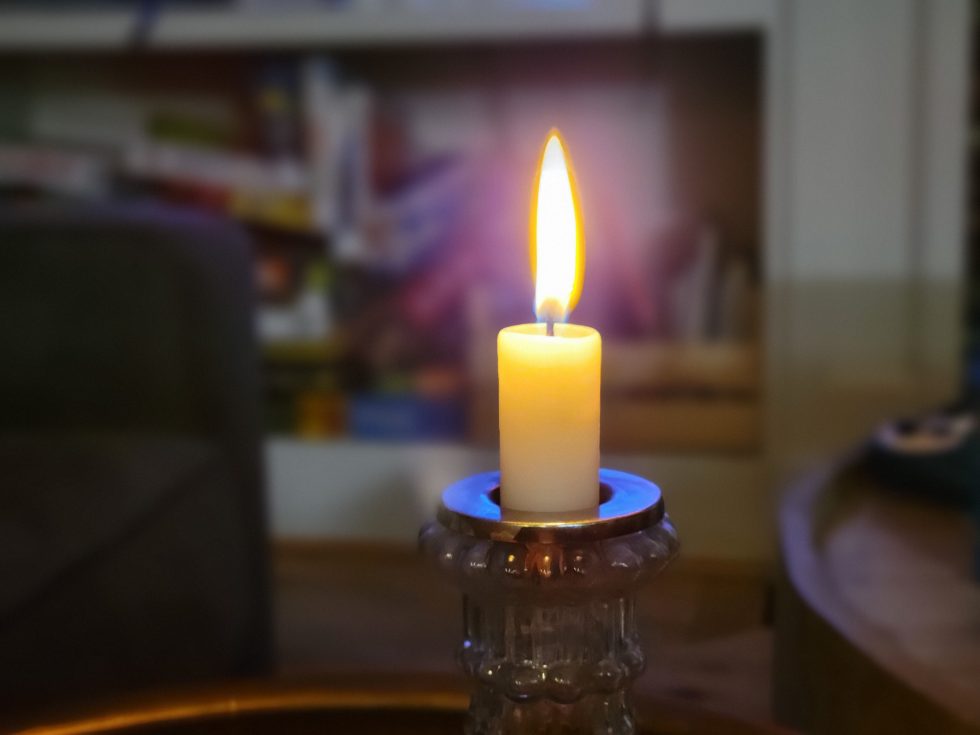 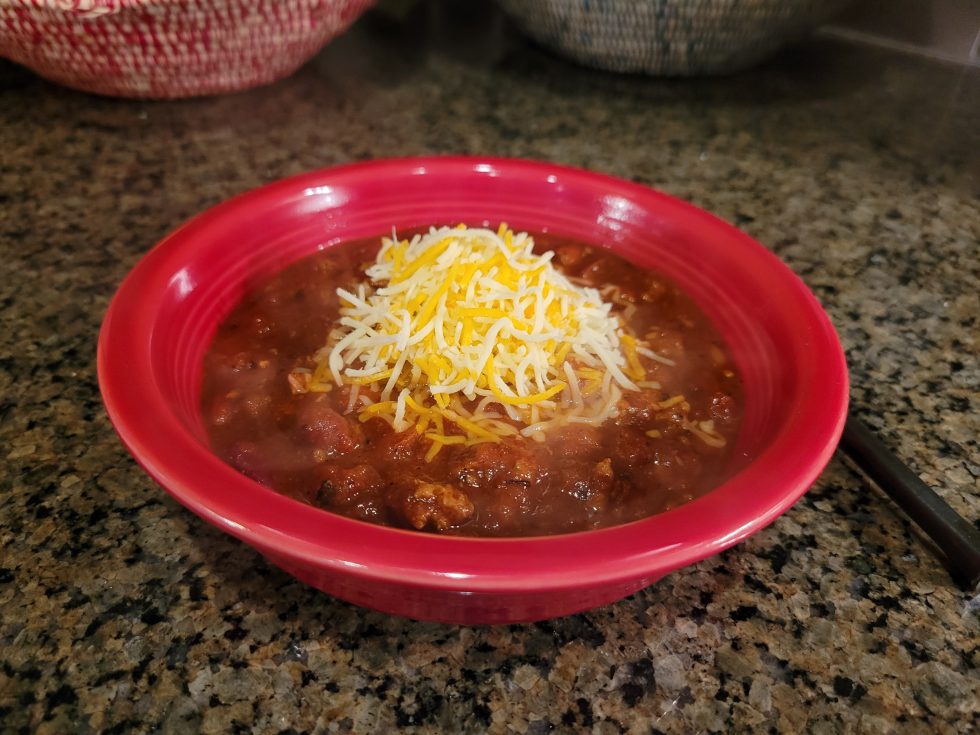 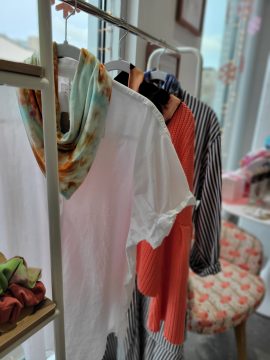 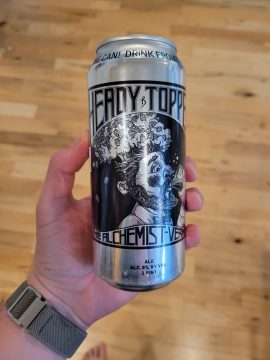 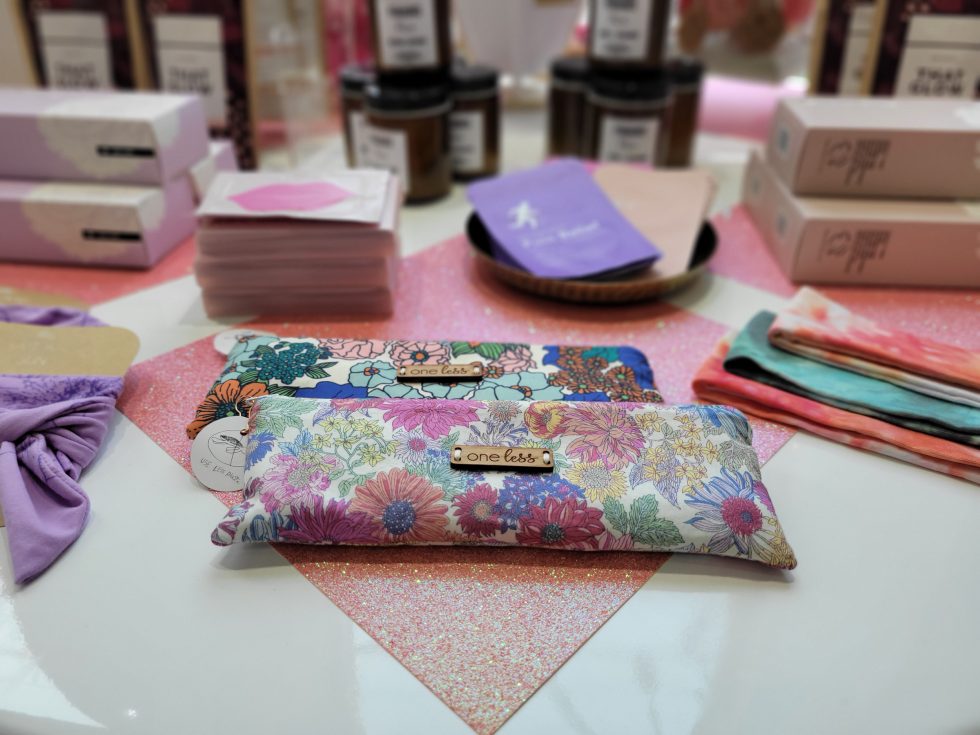 All of the cuts. This is a nod to the title and I’m sure you know what I’m about to run through. Yes, Samsung cut a lot from this phone compared to last year’s Galaxy S20 and it kinda sucks, even if it did shave off $200. The drop to 1080p in the display doesn’t bother me, since I ran the S20 at 1080p for 120Hz last year. But the non-upgrade to the camera, the removal of the SD card slot, killing MST, dropping the RAM, and putting on a cheap-feeling plastic rear all add up. Then you top that off with Samsung mocking Apple for removing chargers from the box and then doing the same themselves, and yeah, this phone just isn’t the one.

As you’ll see below, I ran into performance issues for a while that more RAM might have helped with, the camera did little to get me excited, and the plastic backside isn’t a good one (yes, there is such thing as nice plastic). MST’s removal from Samsung Pay makes Samsung’s payment app almost worthless, the lack of expandable storage should worry someone who plans to hang on to their phones for a while, and the charger situation is just silly.

In the opening, I talked about comparing phones from one year to the next and the Galaxy S21 compares so unfavorably to the Galaxy S20 that I would have a hard time telling you to consider it. If the S20 weren’t a year old, I would absolutely tell you to buy it and ignore this S21 because of all of those cuts. 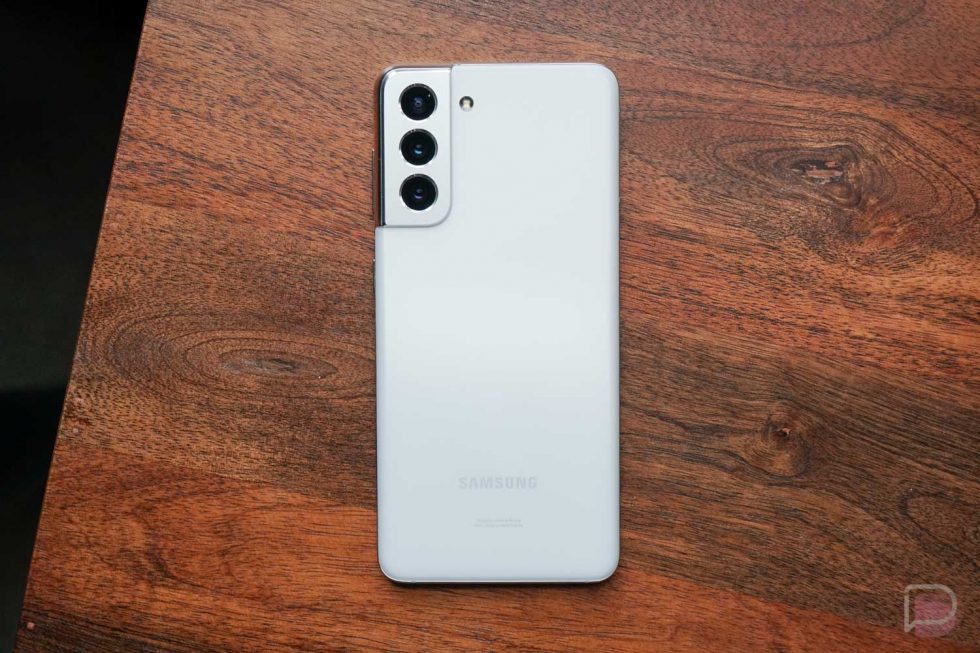 Design. In the lead-up to the release of the Galaxy S21 series, I really fell for the design. I loved the look Samsung was attempting, where they blended the trend of large, ugly camera sensors into the frame of the phone, while also using a frosted, matte finish to cover the rest of the rear. They didn’t change the front much from last year’s Galaxy S20, but you don’t really need to when it’s an all-display front with a single selfie camera cutout.

As I’ve spent weeks now with this phone in hand, I can tell you that the honeymoon period with its appearance has most definitely worn off. Now I’m at the point where I think the plastic backside on this regular S21 feels quite cheap (and slippery) and that the overall design and in-hand feel reminds me of one of LG’s older phones that we certainly didn’t love. This is an unremarkable phone in a design that won’t be remembered for long.

Performance. For my first couple of weeks of testing, most of my notes on the Galaxy S21 mentioned performance not being great, that there were frequent stutters and lag, that the navigation gestures would often freeze-up, and that the phone got warmer than other phones I’ve tested in recent years. Thankfully, a software update a week or so ago helped, but I still can’t shake the feeling that this phone should perform better than it does.

At this point, I think Samsung has shown that updates can improve a device, as they’ve done that. I don’t necessarily have the complaints I did out of the gate, but first impressions often leave lasting impressions. Do I think the Snapdragon 888 processor and 8GB RAM can run well and help this phone last a long time? I do, but I also worry that any misstep with another update could bring back an experience you should never get from Samsung or a phone that costs $800.

Battery life and slow charging. Coming from the Pixel 5, which is arguably the battery king of the moment, going to the Galaxy S21 and seeing battery warnings pop-up each night was a bit jarring for the first several weeks. At this point, I’ve just sort of given in to the fact that this phone will barely last a full day with my normal use. That may be OK for most people who expect to use the phone for 4-5 hours and slap it on a charger, but understand there are phones that last much longer.

Another area that has been odd to see is in charging. While other companies have pushed for extreme charging, Samsung has almost abandoned being competitive here. They ran up 45W charging a couple of years ago and have mostly stepped away from that idea now. They cut chargers from the box and are selling 25W wired chargers and various wireless charging options, but when OnePlus is doing 65W charging and Xiaomi is pushing 100W, this seems like an area Samsung should find interest in. 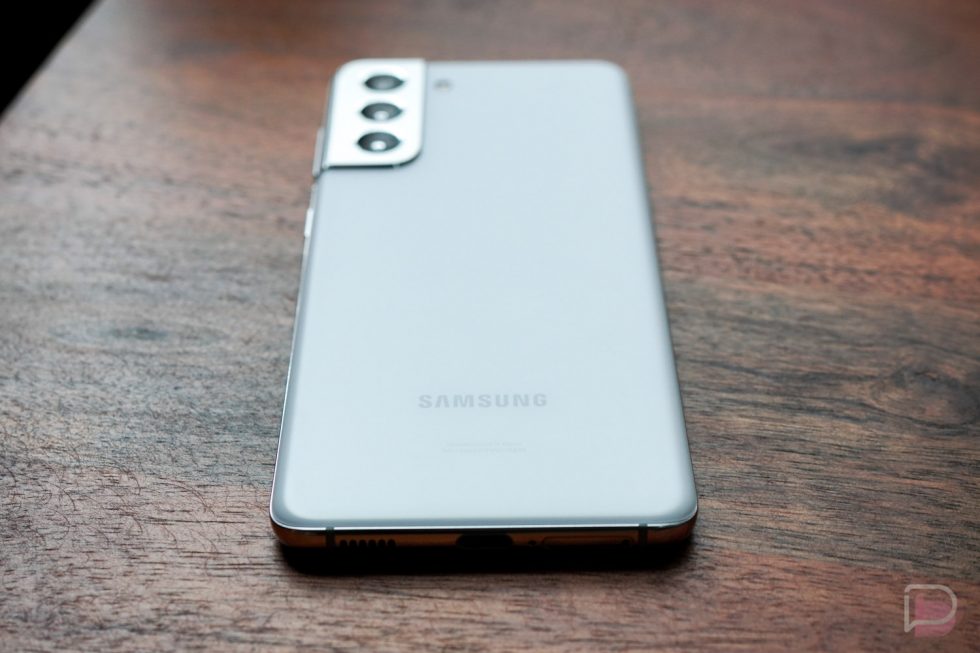 First 10 Things to Do

Should you buy the Galaxy S21?

That’s a tough call. By no means is the Galaxy S21 a bad phone. It’s a perfectly good phone. If you have a Galaxy S9 or Galaxy S10 and are looking to pick-up something new, it would be an upgrade. Will you be blown away like you would if you bought the Galaxy S21 Ultra (review)? I don’t think so.

Samsung is now offering a split Galaxy S line where to get everything and then some, you have to pay for the Ultra. The S21 and S21+ have real downgrades over that phone and when compared to the Galaxy S20 from last year. So if you need a new phone and your budget is around the $800 that this phone commands, take your time – this is not the best Android phone for the money.