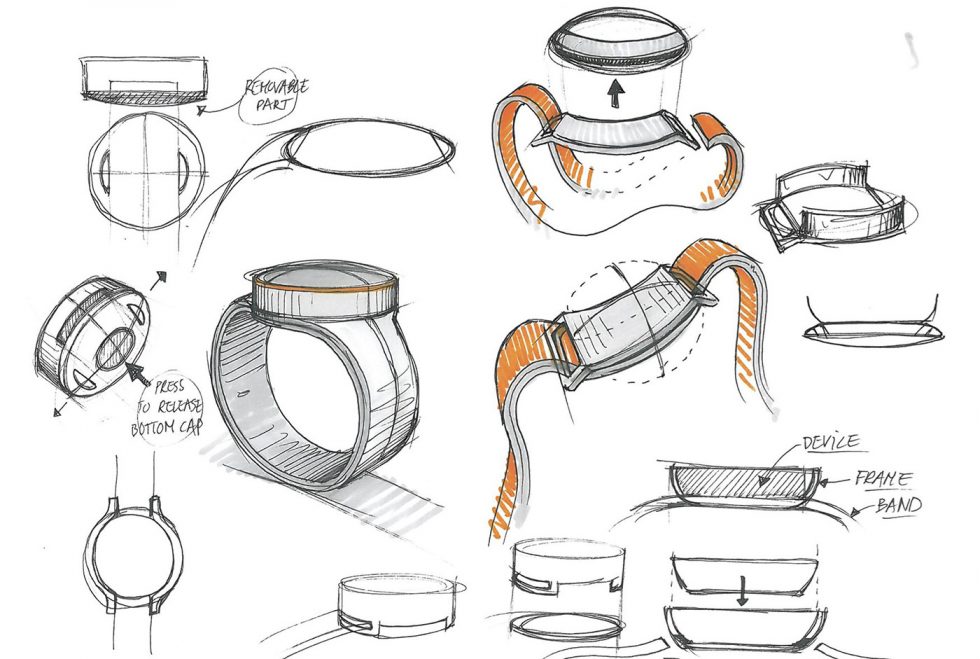 The questions surrounding the OnePlus Watch no longer involve whether or not we’ll ever get one. OnePlus has already confirmed that a watch should arrive early this year. At this point, the questions we have are over what the software will be like, what the watch will look like, and if we’ll get more than one size or style. A certification out of India may give us an answer to at least one of those.

The OnePlus Watch has apparently stopped through India’s BIS certification system and two models appeared alongside one another. Those model numbers are W501GB and W301GB.

Does this info suggest bigger and smaller versions of the OnePlus Watch? An LTE and non-LTE? Two different styles? We actually don’t know, but all of those could be possibilities. If anything, it should mean choice, and we love choices.

OK, so if we know there may be two models, what do we know about the design or software? On a design front, we don’t know anything. Previous sketches (top) of the OnePlus Watch hinted at all sorts of design ideas, including a detachable watch body. We also know that OPPO, OnePlus’ manufacturing brother, has made a couple of smartwatches that look way too similar to the Apple Watch and we hope OnePlus doesn’t follow their lead there. Unfortunately, there haven’t been any leaks at this point to give us a definitive idea as to where OnePlus might take this.

Now, as far as software goes, I have some worries. The longest-running rumor has always suggested that OnePlus will use Wear OS because, well, what else would they use? OnePlus has even acknowledged that they are working with Google to improve Wear OS. But one thing they have not yet confirmed is that this upcoming watch will run Wear OS. After seeing their Health app show up alongside the OnePlus Band with teases for watch faces that would fit nicely on a smartwatch, I have my doubts that these watches run Wear OS.

In fact, my prediction for the OnePlus Watch is that it’ll be a fitness-focused watch similar to Huawei’s GT or Amazfit’s GTR lines. Those watches are both solid sport watches, they just don’t run Wear OS, lack the functionality of a true smartwatch, and instead are powered by their own custom software that tries to capture your health profile.

I can honestly say that I’m both excited and worried about a OnePlus Watch.