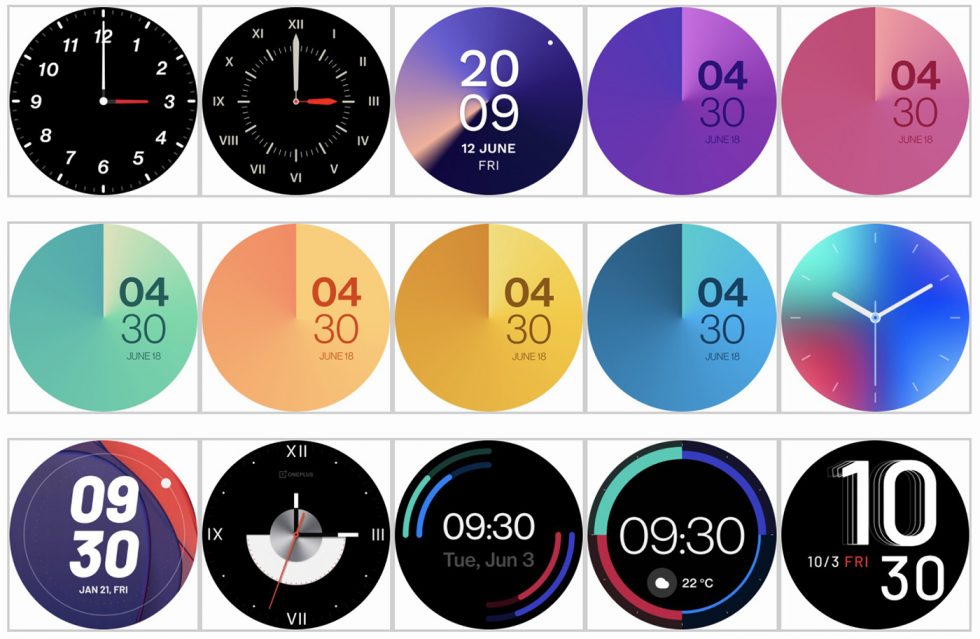 The OnePlus Band is now an officially on-the-way product that will be introduced on January 11. The company announced as much today, even linking directly to an Amazon listing that shared numerous details and features of the fitness wearable. But thanks to a dive into a recently discovered OnePlus Health app, we might have our first look at watch faces for the upcoming OnePlus Watch.

The app was spotted yesterday and a look into its files surfaced a bunch of OnePlus Band watch faces, tutorials on how to use the band, and more. As the folks at XDA continued to dive in, they found a batch of watch faces that look like they belong on a bigger, round smartwatch.

We’ve included all of the watch faces at the top and bottom of this post. As you can see, these were built for a bigger screen than will come on the OnePlus Band. One of them, the face with the analog clock showing 12-3-6-9 markers, looks identical to one that is now included in OnePlus phones for their always-on display.

Also, the listing for the OnePlus Health app (via Android Police) says that the app is there to “Pair and manage various smart devices such as smartwatches and bands,” while allowing you to “Customize and sync message notifications and incoming call info.” This app is almost guaranteed to connect to the OnePlus Watch.

The watch faces all look solid with numerous options to either track simple things like time or show more advanced ongoing health stats. My worry, and I may write something further on this, is that the OnePlus Watch won’t run Wear OS and is instead just another fitness-focused smartwatch like recent Huawei Watch GT or Amazfit GTR.