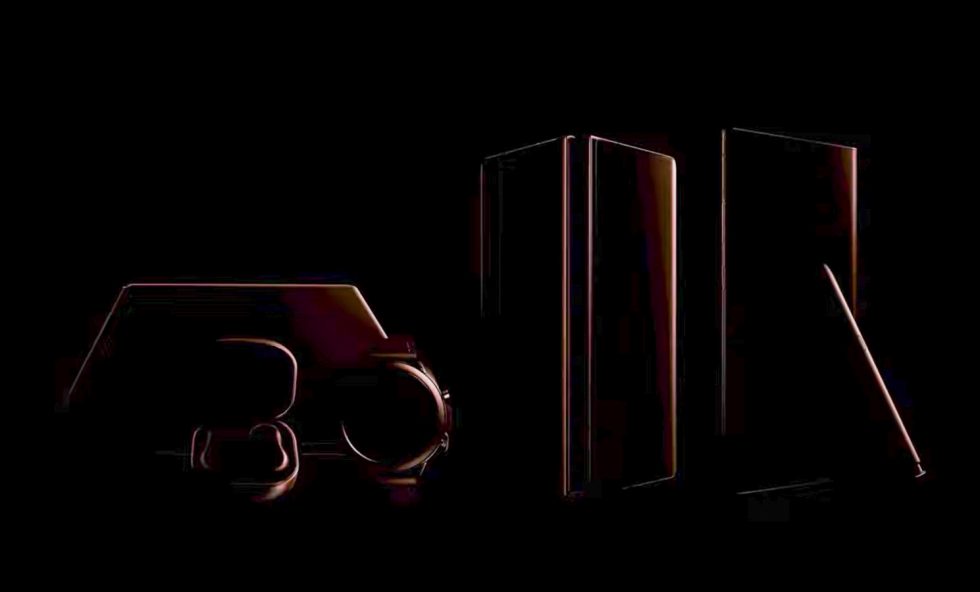 With a little over a week to go, Samsung released the first official trailer for its upcoming Unpacked event. The trailer mostly focuses on the event being virtual and showing off parts of the Samsung Digital City. But just before the end, we get to see the silhouettes of the 5 power devices Samsung told us to expect.

We captured an image of that shot above and tried to brighten it some. The image shows what I believe is the Galaxy Note 20 with S Pen, Galaxy Buds Live (Beans!), Galaxy Watch 3, Galaxy Tab S7+, and Galaxy Z Fold 2. 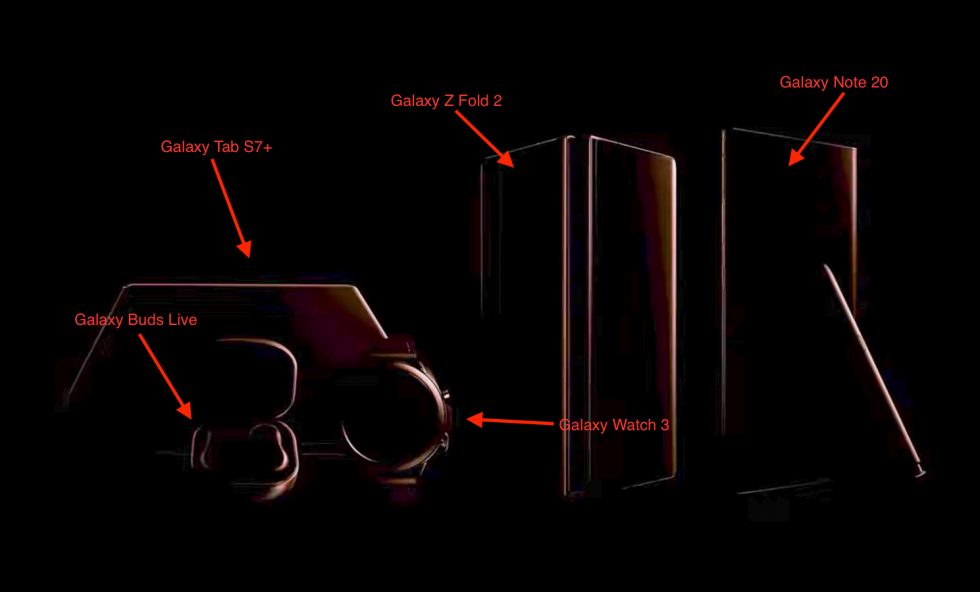 The surprise here is seeing the Galaxy Z Fold 2, and only because some early signs pointed to it’s imminent arrival being unlikely. Of course, it might not be ready still and Samsung could show it off with a far off launch date or no price or a lack of specifics.

The rest of the devices here have leaked on levels that have become standard for Samsung launches. We know every detail about the Galaxy Note 20 and Note 20 Ultra. The Buds Live leaked too. Over the weekend, which we’ll share with you shortly, all of the Galaxy Tab S7+ and Galaxy Watch 3 info has been outed as well.

I’m not sure my eyes are ready for all this bronze.