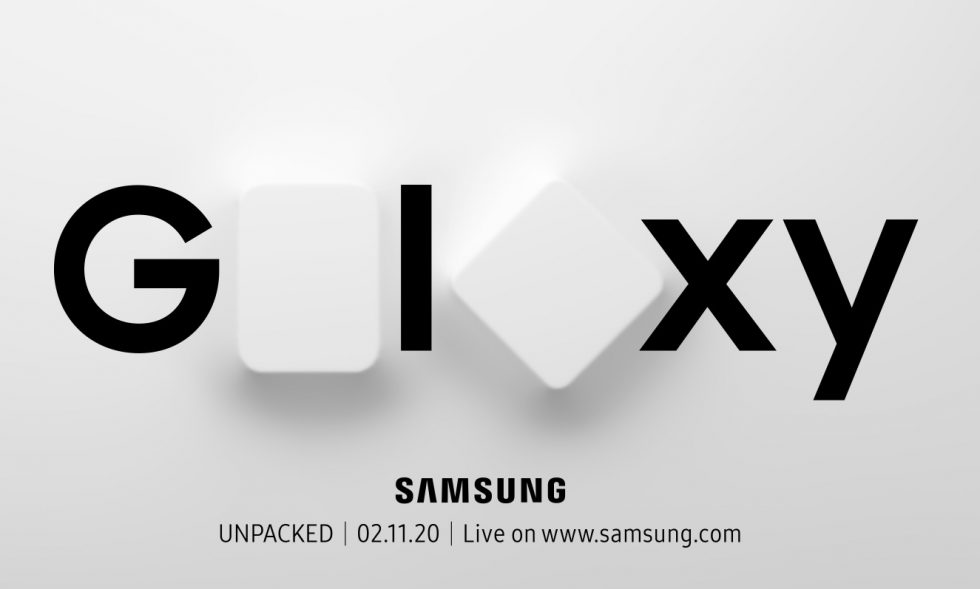 Samsung confirmed last night’s leak: their next Unpacked event is happening on February 11 in San Francisco. They didn’t mention the Galaxy S11 (S20?) or Galaxy Fold 2, only that they have multiple devices to show off that “will shape the next decade of mobile experiences.”

The event kicks off at 11AM Pacific (2PM Eastern) and will be livestreamed. We’ll do our best to be there and bring you that next-gen Samsung news.

If you’ve missed any of this story, then here’s what you need to know. The teaser, which is included in video form below, showcases what we believe are two hints about the Galaxy S11 and also Samsung’s next foldable, the Galaxy Fold 2. The boxes in place of the “A” letters in Galaxy are the hints.

The first box looks a lot like the camera housing we expect to see on the Galaxy S11. It’s also the same shape as the newly announced Galaxy S10 Lite and Galaxy Note 10 Lite, so we know this to be Samsung’s new design language.

The only question now is what the Galaxy S11 will be called: Galaxy S11 or Galaxy S20? There have been a couple of rumors pop-up within the past week suggesting that Samsung may change-up the naming scheme of the Galaxy S line entirely to match the new decade. Instead of the Galaxy S11, which would follow last year’s Galaxy S10, we might instead see Galaxy S20. This is all a rumor, but reports of the change haven’t slowed.

The other placeholder for the “A” in Galaxy looks exactly like a folded up clamshell device, similar to the one we saw leak a week ago. This device could very well be the Galaxy Fold 2 and the follow-up to the original Galaxy Fold that launched last year. While that phone unfolded from phone to tablet, this one is thought to be more of a competitor to the Motorola Razr foldable with a more reasonable price point to boot.

Other than those two items, it’s anyone’s guess what Samsung might show off. There could be new Galaxy Buds, plus we may get that Galaxy Home speaker after waiting for two years.