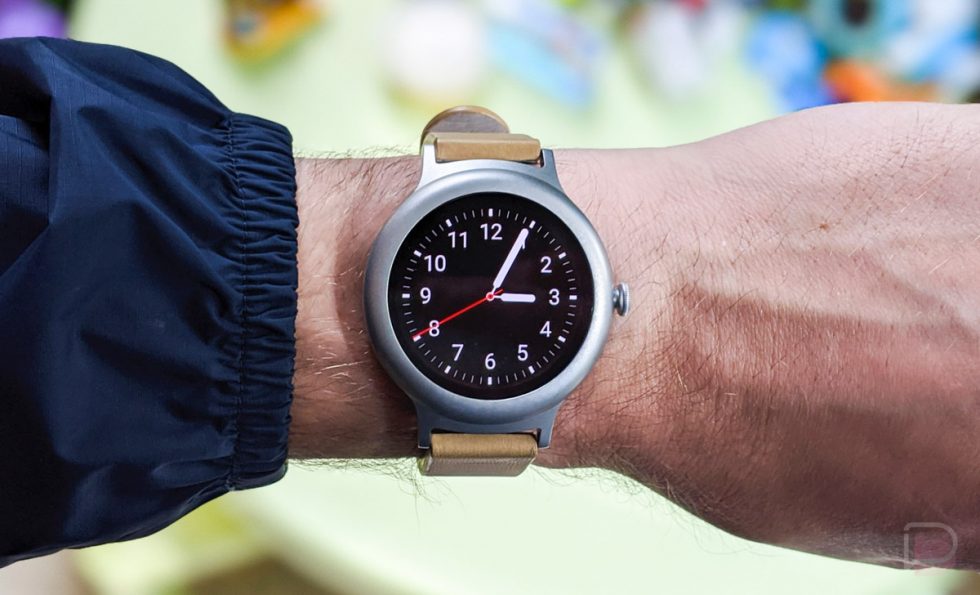 The big news to drop today was a story about the almost-arrival of a Google Pixel Watch back in 2016 alongside the original line of Pixel phones. It’s big news because we now know that we were incredibly close to getting a first Google-branded watch (or two), but we also learned that Google is unlikely to release a Pixel Watch this year when they fully reveal the Pixel 4 in a few weeks. If you ask me, even as much as I want Google to make a watch, I think both cancelling in 2016 and taking this year off are the correct moves.

If you follow Wear OS and the variety of watches that have come since 2016, you know that none have been great. You know that Wear OS hasn’t evolved much, that Qualcomm is (unfortunately because they don’t care enough) the big driver behind hardware performance and features, and that there are few players left outside of Fossil. Wear OS, as I said back in April, is in a sad state.

Should Google have made a watch in 2016 or tomorrow, neither would be the type of device capable of showcasing to the world that Wear OS is any good.

If you rewind back to 2016 and look at Wear OS, which was still Android Wear, the platform had already seen a big drop in participation from its early partners. Huawei wasn’t dabbling in new Wear OS watches, nor was Motorola, and that was with a supposed huge update to Android Wear 2.0 on the way.

With a big update coming, rumors started to swirl that Google was finally making its own two watches, so we all sort of looked passed the fact that the platform was turning into a ghost town for participants. The first big rumor popped up in July 0f 2016 with almost every single watch specification detailed at the time. But then, as we know to be the story, those two watches never surfaced from Google, even with a perfect opportunity alongside those first Pixel phones in October of that year. With radio silence on the two watches we thought might be Google’s first, Google then came out in December and said to expect a couple of flagship watches in 2017 from someone who had made Wear OS watches in the past.

In February of 2017, LG and Google co-announced the LG Watch Style and Watch Sport. These were the supposedly canceled Google Pixel Watches that Google’s hardware boss, Rick Osterloh, didn’t think fit the product line-up and decided to leave them out.

And that’s where we get to this whole cancellation part, you see, because neither watch was really any good. We reviewed both of them (Watch Style, Watch Sport). We also said that we wouldn’t recommend either. The Watch Style (pictured above) had a decent design and size, but Google left out NFC, GPS, and a heartrate sensor, yet wanted $250 for it. The Watch Sport was beyond thick, didn’t allow for band swapping because it’s LTE gear was in there, and couldn’t get you through most days unless you turned all of its features off.

If Google was hoping to show the world that Android Wear was worth investing in, these would have been bad choices to try with. You could attempt to make the argument that at least trying to get a first Google-branded option out there might have helped the platform and given it a much-needed boost, I’m just not sure Google wanted to do that to their brand. These two watches would not have made a good first impression. If anything, by not releasing these as Google watches, Google probably saved a whole wave of poor publicity around its wearable OS that would almost certainly have arrived, just as it does with every tiny hiccup from the company, warranted or not.

Fast forwarding to 2019, Google could release a watch that’s better than what they could have in 2016, but not by much. As far as Wear OS goes, the software has improved to an acceptable level if you need notifications, fitness tracking through almost any service you choose, and a decent selection of apps. While it still lacks features like sleep tracking, I can tell you that Wear OS works just fine on my wrist each day.

Unfortunately, the hardware situation is almost identical to what it was in 2016. We’ve ranted on this plenty, but the important piece of info to know here is something I referenced in the opening – Qualcomm doesn’t care enough and it’s holding Wear OS back. In 2016, all watches basically ran the Qualcomm Snapdragon Wear 2100. It was old and bad then, but it was the only thing available. As we approach the end of 2019, most new watches will now arrive with the Snapdragon Wear 3100, a chipset that was announced more than a year ago.

That chip is nothing more than a re-packaged 2100 that was given a coprocessor to help with some low-power tasks. It does almost nothing to improve the experience on Wear OS. What we’ve instead learned is that RAM is the key driver to better performance in a Wear OS watch, rather than the currently available processor option from Qualcomm. Long story short, there haven’t been any real advancements in chips to take Wear OS beyond 2016.

Should Google decide to release its first Pixel Watch in a couple of weeks, well, we’re likely to get something similar to what Fossil just released in the Fossil Gen 5. The Fossil Gen 5 is the best Wear OS watch you can buy at the moment and the one I wear every day, but I’m not sure it’s a watch for the masses that might consider it if Google were to put its name on it.

It has a Snapdragon Wear 3100, 1GB RAM, 8GB storage, heartrate sensor, GPS, NFC, and a round AMOLED. It has the goods that someone would want to see in a watch in 2019, but there’s nothing remarkable or new here. Instead, we give the Fossil Gen 5 high marks because it’s decent or acceptable, whereas all other Wear OS watches are pretty much garbage. Is that the impression Google wants to make with its first? I wouldn’t if I were them.

So when is the right time?

If rumors are to be believed, maybe 2020. Qualcomm is supposedly working on a new, mostly-modern wearable chip that might finally advance the platform. If real, it should provide massively improved performance, better battery life, and open up Wear OS to new features. But that’s all a rumor and neither Qualcomm or Google have said much about the future.

Should Google still care about Wear OS, the move they should have made years ago was one that involved making their own wearable chip. Samsung and Apple both do it, as it allows them to constantly improve their wearable experiences. That, of course, has led to quite a bit of success in smartwatches from both.

Whether Google ever does that is out of our control, I just know that skipping another year is probably the right move. Let’s just hope they stay “excited.”