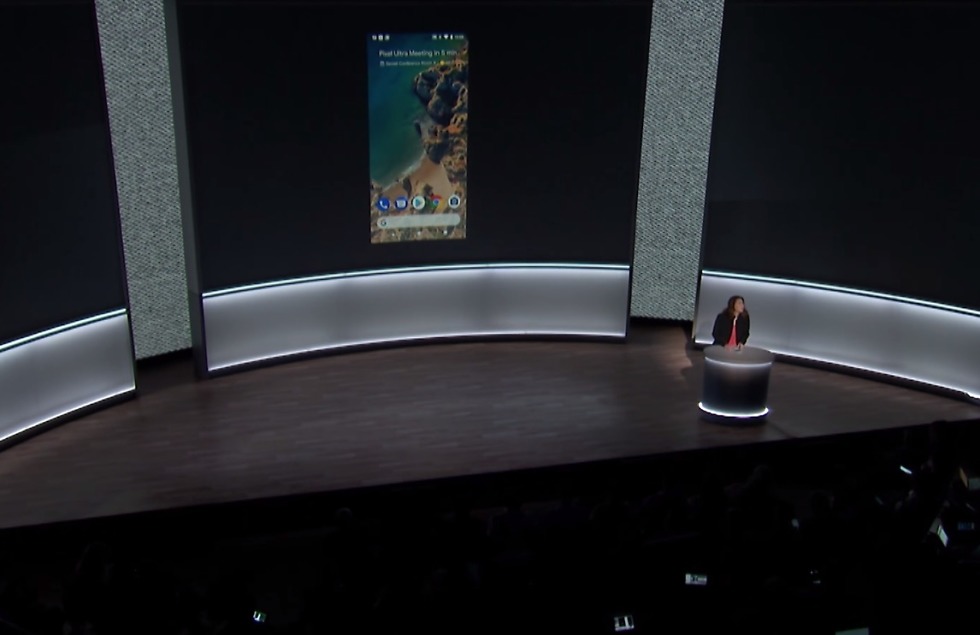 One of my favorite things about the internet is seeing the birth of a conspiracy theory. Not only do we get to laugh at the whackiness, we also get to laugh at those pushing it. Because with any good conspiracy theory lies an individual hell bent on convincing you that it could be true. Not that the theory is true, but they’ll point out enough weirdly related happenings to sow enough doubt that you’ll soon question reality. And once you do that, you’ll then start to ask questions and further the narrative, one that often makes little sense should you step back out of the comment section, off of YouTube, and away from your phone.

And that leads me to the flurry of “Pixel Ultra” conspiracy theories that are the new hotness over on YouTube. The “PIXEL ULTRA REAL! GOOGLE TRICKED US! FAKED PIXEL 3 LEAKS!” narrative has run wild at everyone’s favorite streaming video service, and because it’s obviously eye-catching enough to garner views and advertising money for YouTubers, it won’t stop being pushed any time soon. So let’s talk about it for a second, because the entire thing was born from an original duping a year ago.

Last year, days before Google announced the Pixel 2 and Pixel 2 XL, two phones we had just revealed in full, a video surfaced called “Google Ultra Pixel.” The video tried to convince the world that Google had a secret third phone ready to be unveiled, according to a source who provided hilariously fake imagery and video.

It was a grand walk-through of a video, one that hit all of the conspiracy checklist items. It raised questions without answers. It speculated heavily. It compared the idea of it to other popular brands to explain the possibility. It told you some history to try and justify this made-up future. It reminded you to take the info with a “pinch of salt” while calling it “very legitimate” seconds later, because in every conspiracy, the peddler needs an out. It was perfect. It was also 100% bullsh*t.

As you all know, Google revealed the Pixel 2 and Pixel 2 XL on October 4. They are really nice phones. But where that ties-in to the current “Pixel Ultra” world is in a particular demo on that day. Google’s Sabrina Ellis came on stage just after the phone was announced to talk about some of its unique software features. When she brought up the phone’s home screen, the upcoming meeting at the top of the phone has led us to where we are right now. 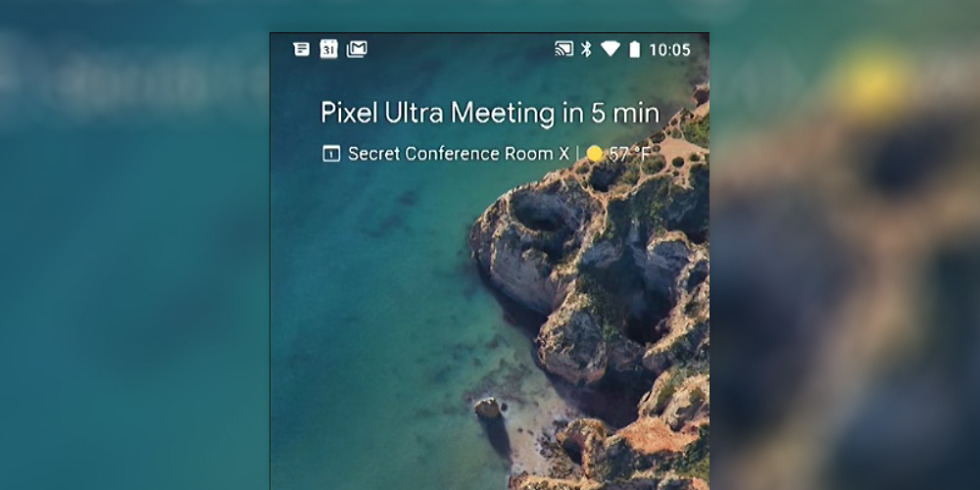 You can see the meeting at the top of this post, but also in the screenshot above. See it? “Pixel Ultra Meeting in 5 min” at “Secret Conference Room X.” Yes, Google saw the “Ultra Pixel” video from days earlier and decided to troll the sh*t out of everyone. It was a good play and many of us who noticed it at the time got a good laugh out of it. But not all of us. Some are now using that slide as a way to justify this world where the Pixel 3 XL, that has leaked over and over again, isn’t the actual phone Google will show off on October 9. Instead, Google is going to present something else that has never been seen before. Yeah, OK.

The thing is, there is no evidence that that is true. There’s speculation that leaks out of Ukraine and Russia are an elaborate prank by Google to trick everyone into believing that their notched wonder isn’t real. There were supposed Google photoshoots in Hollywood that were going to out the real Pixel 3 XL, yet they showed nothing. A Madden commercial was supposed to bring that proof too, except anyone familiar with marketing mock-ups knows the reality of the situation there. Google is also apparently asking YouTubers for permission to use their Pixel 3 XL criticisms for use in a promo video, but again, that doesn’t bring any proof that another phone exists. There is no actual evidence of another phone outside of the Pixel 3 XL and Pixel 3 that we have seen on numerous occasions.

Here’s what we know. There are two Pixel 3 phones on the way: blueline and crosshatch. The Pixel 3 XL is confirmed to be crosshatch, so that leaves the Pixel 3 as blueline. They are all over AOSP. There isn’t a third mysterious phone there about to be announced. If there was, we would know about it. Google would have referenced it, just like they have every single device they’ve released in the years that I’ve been doing this Android news thing.

Speaking of doing this for a while, remember those 3D CAD renders of the Pixel 3 and Pixel 3 XL back in June? The phones that have leaked look exactly like those. You know what else I can tell you? That I’m not sure I can find a 3D CAD render like that, that leaked early and hasn’t been spot on. Here is the Note 8, S9, Note 9, G7, V20, original Pixel, and the Pixel 2 and 2 XL. All showed the phones we ended up getting.

I know that you may be disappointed in the giant notch on the Google Pixel 3 XL. I, too, am disappointed and will likely just go for the regular Pixel 3 this year. But don’t be conspiracy theory guy. Don’t go down that rabbit hole. Don’t end up one day at a Congressional hearing shouting at Jack Dorsey. This Pixel Ultra that some want you to believe is real, all started as a prank that has morphed into something YouTubers are using to cash in on.