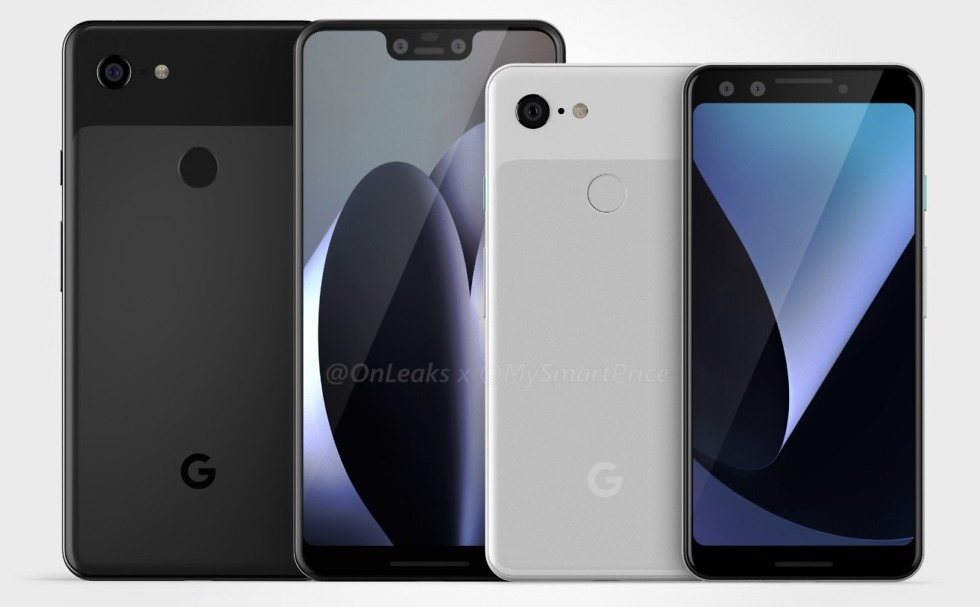 The Pixel 3 and Pixel 3 XL should arrive at some point near the end of September or early October, assuming Google keeps with previous release schedules. So we’ve still got some time before the phones are officially revealed. Today, though, thanks to 3D CAD renders that were likely created from a case maker with the dimensions, we get a preview of both phones. And yep, they match up to previous leaks.

As you can see from the image above, the Pixel 3 will look like a smaller version of last year’s Pixel 2 XL, while the Pixel 3 XL will adopt 2018’s notch trend. We expected this to be the case based off previous leaks, but this really does confirm it. I say that because I’m not sure I’ve ever seen these CAD renders, which arrive via @onleaks, lead us in the wrong direction in the past.

According to MySmartPrice, the dimensions for each phone are 145.6 x 68.2 x 7.9mm (Pixel 3) and 158 x 76.6 x 7.9mm (Pixel 3 XL). If correct, that means the Pixel 3 will be almost identical in size to the Pixel 2, except it’ll have a much bigger screen and less bezel. That might make for the perfect phone. As for the Pixel 3 XL, those dimensions also match up almost identically to the Pixel 2 XL. So if you own either Pixel 2 phone, you have a good idea what these Pixel 3 devices may feel like in hand.

As for the rest of the story, today’s renders do not necessarily provide us any other new info that we didn’t get from that Pixel 3 XL prototype hands-on. We still think these show a glass back and a design I think looks fantastic, but one that you all seem to hate.