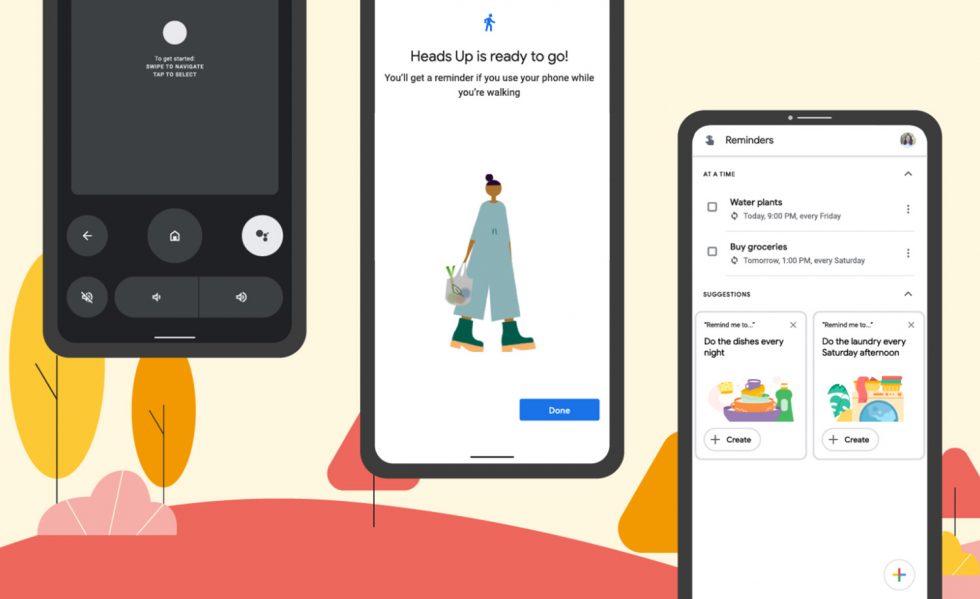 Just because you own an Android phone that may not be on the same version of Android as your friend, the Pixel owner, doesn’t mean you both can’t enjoy new platform features together. Today, Google announced 13 new goodies that’ll come to Android starting as early as today that most of you can take advantage of.

It’s a long list, so let’s dive in to what’s new to Android.

Back at Google I/O in May, Google announced that a new remote would come to all Android phones as a part of the new Google TV app. The remote would allow you to power on your TV, navigate through your favorite shows, and use your phone’s keyboard to type in TV apps, you know, to login more efficiently. Look for a new Quick Settings tile that will allow you to use the new remote (probably after an app update).

Additionally, Google says they are bringing the Google TV app to 14 more countries.

Google is pushing out a new Reminders hub as a place for you to manage all of your reminders in a single place. A simple, “Hey Google, open my reminders” command in Google Assistant will open the new hub, where you’ll find not only your recurring reminders, but suggestions for others you may not have already thought of.

Some of the suggestions I’m seeing are reminders to call my family every Friday evening, do the dishes (lol), and workout, in case you were wondering.

Google is adding several new features to Gboard that big copy-pasters are going to love. For one, if you copy text that includes multiple bits of info, like phone numbers, email addresses, and URLs, Gboard can automatically extract and separate them into multiple pasting options (!). That should make it incredibly easy to copy big blocks of text and then only paste the stuff you want.

Gboard is also getting 1,500 new Emoji Kitchen stickers (later this fall) and suggestions to send a screenshot you may have just taken when in a messaging app. Finally, another Pixel-Exclusive feature, Smart Compose, is now available for Android 11+ phones. Smart Compose lets you complete sentences with just a swipe on suggested text. It’s ridiculously handy.

Previously a Pixel-exclusive feature, everyone with an Android 6+ phone can now store photos in the Locked Folder in Google Photos. This is a password-protected area to hide photos and videos away that won’t show up in your regular photo feed.

Google’s Nearby Share feature that lets you quickly send files between nearby devices, is getting improved visibility settings, where you can choose to be visible to everyone, your contacts, or no one.

Going forward, this Heads Up feature will be available to everyone running Android 9+ devices.

So much Android Auto!

Android Auto is getting several new features, and we’ve got a separate post about it here. But for those who want the quick version, here’s what you are getting: 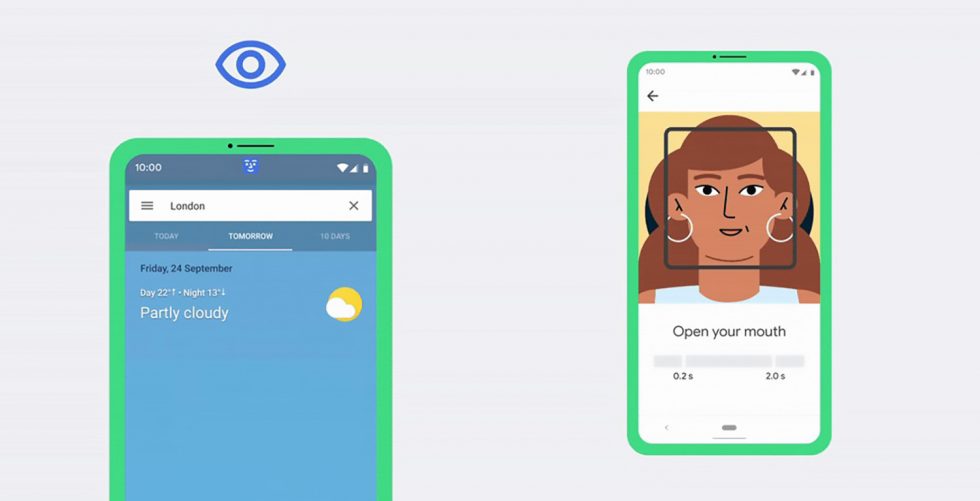 Remember a few weeks ago when we told you about Android 12’s new feature that would let you control your phone using facial gestures? Those “Camera Switches” are now official and really do let you navigate and control your phone by looking right/left/up, smiling, raising eyebrows, and opening your mouth.

Google is also launching Project Activate, a new app that uses facial gestures to “quickly activate customized actions.” That could mean a gesture that tells your phone to speak a preset phrase, send a text, or make a phone call. To download Project Activate and get started, download it from Google Play.

And finally, Lookout, the app from 2019 that helps identify objects for blind or visually impaired users, can now read handwritten and printed text for Latin-based language. Google is also adding Euro and Indian Rupee recognition within Currency mode.

Google didn’t put many dates or release info for any of this new stuff, soooooo be the lookout for it all. I’m sorry, I wish I had more specific timeline for you.