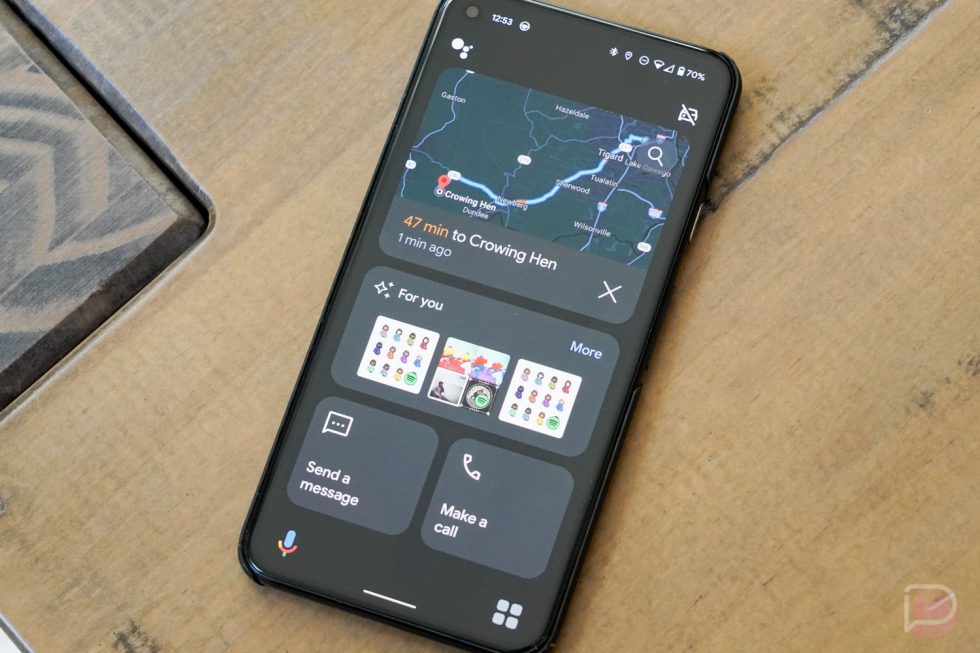 Google first showed off the Google Assistant Driving Mode back at Google I/O in 2019, promising that it would arrive later on in that summer. It’s now the end of summer 2021 and that same Driving Mode, at least in the way it was first revealed, is now here. 2 years later…whatever.

The new Google Assistant Driving Mode is more of a stand-alone experience than the one we first received last November, where you could access Driving Mode shortcuts through a Google Maps navigation session. This is the real deal, the one we’ve been waiting for that will replace Android Auto on phones.

By saying “driving mode” or “let’s drive” to Google Assistant, you should now see the UI I have in this post. The main screen shows a recent location you may have been searching for on Google Maps, but you can “X” that out to get to a search bar. You also should see recent music or “For you” suggestions, buttons for sending messages or making calls, and an app drawer button. 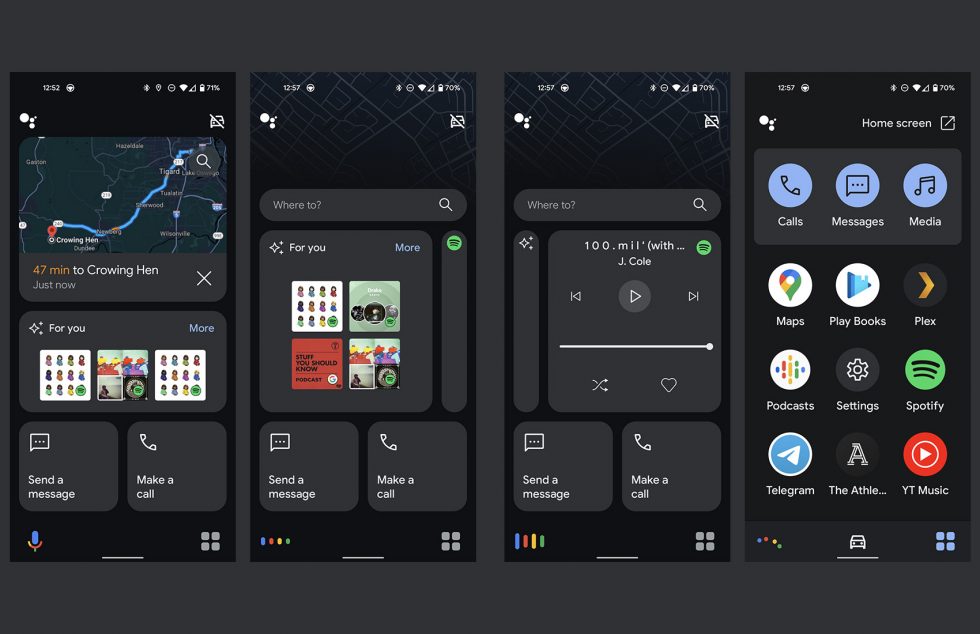 It’s a pretty slick experience that lives within the Google app, so make sure you have the latest build (likely a beta for now) to test this out. It should be available to Android 12 users as well as Android 11.

You cool with this over the Android Auto app?