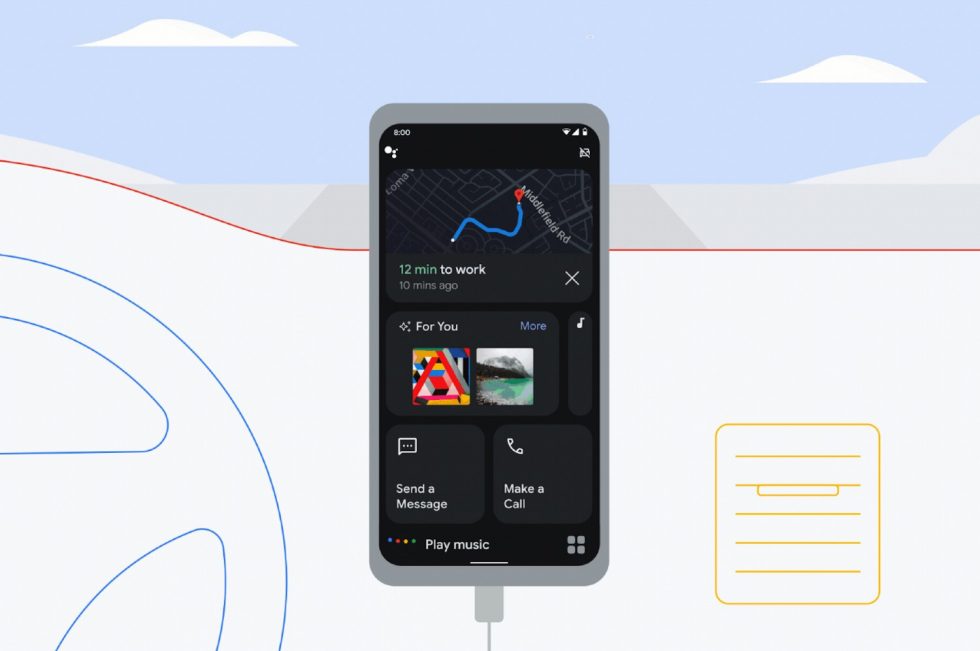 Google announced a ton of Android Auto-related news this morning, including improvements for Google Assistant’s driving mode, Android Auto itself, as well as shared that Honda is entering the 21st century with the inclusion of Android Automotive in upcoming vehicles.

Google details that Driving Mode will be the “primary experience” for Android phones going forward and will fully roll out in the next few weeks for Android phones in English (US, Australia, Canada, Ireland, India, Singapore and U.K.), German, Spanish (Spain, Mexico), French and Italian.

For Android Auto in general, Google says that users will now see music, news, and podcast recommendations from Google Assistant, as well as be able to set which app launches whenever Android Auto starts. Furthermore, users can now access games from GameSnacks right from a the car’s display while they’re parked. That’ll make killing time in the car a bit easier, I suppose.

Additionally, dual-SIM Android phone users will now be able to choose which SIM card to use when making calls through Android Auto, and on top of that, Android Auto will support a “Work profile,” which lets you see upcoming work meetings and messages on your car’s display.

When it’s time to fill up at the gas station, you can now put away your credit card or cash and say, “Hey Google, pay for gas” on Android Auto or from your Android phone. Select your pump number and  complete contactless payment with Google Pay. This will be available at over 32,500 gas stations across the U.S. starting with Exxon and Mobil, Conoco, Phillips 66 and 76 stations.

Waze, the only good option for navigation on Android besides Google Maps, will also see big improvements on the Android Auto platform. According to the press release, Waze on Android Auto is getting a refresh to, “create a more streamlined navigation experience.”

The new design includes touchpad support, a night mode, lane guidance support, and puts the map and directions at the forefront of the UI so other elements aren’t in the way.