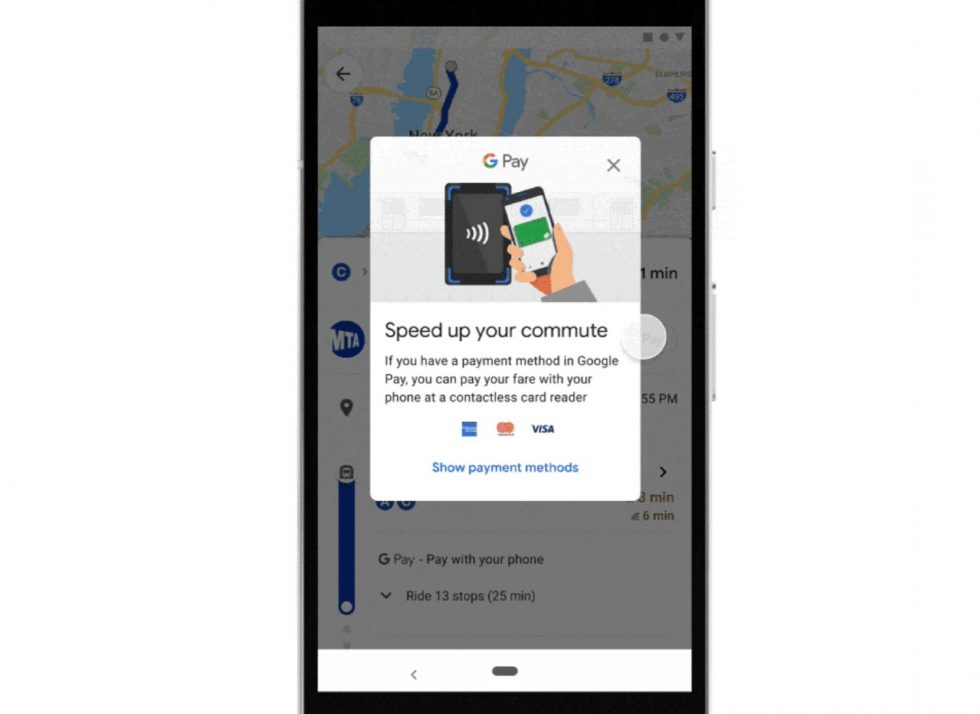 Google introduced quite the feature this week, one that allows users to pay for things like street parking and your public transit fare all from right inside Google Maps. In a world where we want to limit what we touch with our hands, this is indeed welcomed news.

The way this feature works appears to be quite seamless. For example, if you’re headed somewhere and Google notices street parking needs to be paid for, you’ll see an option for “pay for parking” right in the navigation menu. From here, the company is tied in with services like Passport and ParkMobile, allowing users to enter in their vehicle information and save a ton of time. The GIF below walks you through the simple process.

The same goes for public transit. According to Google, they’ve expanded the ability to pay for transit fares from inside Maps to over 80 transit agencies around the world. Let’s say you’re in NYC and need to use MTA. When looking up directions to a spot, you’ll now see a Google Pay option that will let you purchase your fare from right inside Maps. If you want another option, those will still be there. This change is really just making it much easier for people to purchase what they need all from a single app. It’s quite lovely.

The Pay for Parking feature starts rolling out today on Android in 400+ cities in the US (including Boston, Cincinnati, Houston, Los Angeles, New York, Washington D.C, and more) with iOS support coming soon. The ability to pay for transit from inside Google Maps expands to 80 agencies globally for Android devices in the coming weeks.