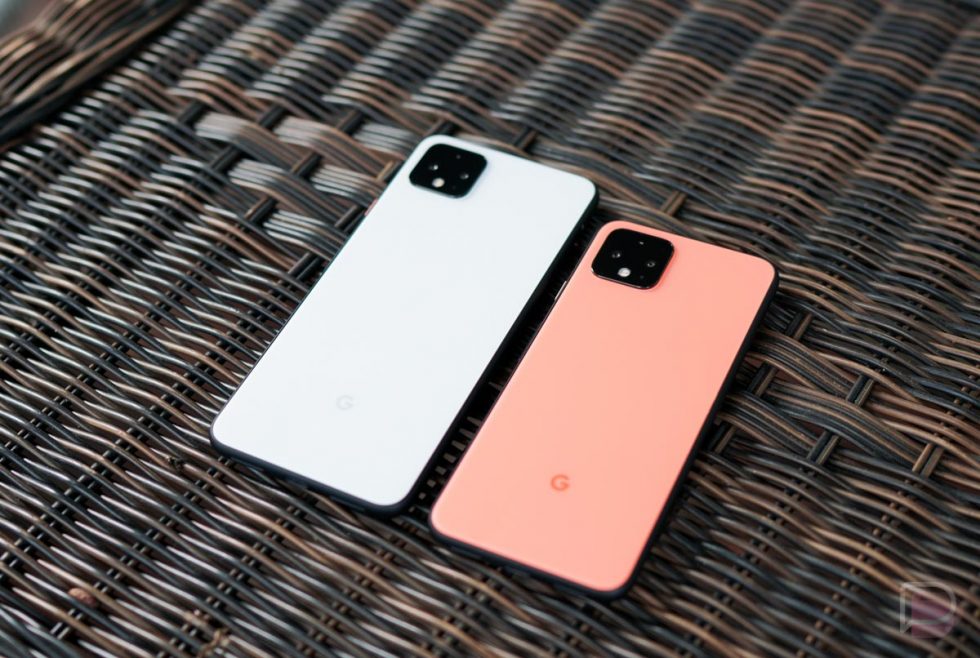 Probably not, but the Pixel 4 XL is a solid “maybe.”

I think the short answer here is, “No,” you shouldn’t buy the Pixel 4 even with a $200 discount that drops the price to $599 for Black Friday. If you really want a shiny new Pixel 4 phone, the Pixel 4 XL at $699 is really the only option.

We’ve now reviewed both the Pixel 4 and Pixel 4 XL in separate write-ups (Pixel 4, Pixel 4 XL) that you should take the time to read if you are contemplating a purchase of either during this holiday shopping season. With their typical shortly-after-launch discounts now live, they may have been a stretch buy at launch, but both are now going to tempt you.

Again, I don’t think you should buy a Pixel 4. For the first time in years, I said as much about the smaller Pixel in my review as clearly as I could because it just doesn’t live up to 2019 standards, especially at full price. The Pixel 4 starts at $799, yet doesn’t match the specs of the phones it is competing against. With that said, we didn’t exactly recommend the 4 XL either, though it’ll probably make most people happy at a discounted rate.

Storage is going to be an issue

With the Pixel 4 and Pixel 4 XL, you get what is arguably a tiny amount of storage (64GB base model) for a modern top-tier smartphone with no SD card slot to expand it. I don’t think there is any way that 64GB storage is going to last most people if they plan to hang onto a phone for 2 years. Photos are larger than ever, we shoot video in 4K, apps and games haven’t shrunken, and we download music, movies, etc. I have a Pixel 4 XL 64GB sitting here that I’ve been using for about a month and I’m at 61% used. That’s alarming.

Sure, you could upgrade to the 128GB model, which should be enough storage, but you’ll pay an extra $100 to get it. Let’s also not forget that the storage is UFS 2.1, not the faster 3.0 standard that almost everyone else in this category of phone is using.

Google’s Pixel 4 and Pixel 4 XL were supposed to join an exclusive group of phones that feature higher refresh rate displays at 90Hz and provide a smoother viewing experience. Now, we know that at launch the displays did not always run at the 90Hz and it took the November update to bring the functionality on a full-time basis to the 4 XL. The Pixel 4 is still limited, likely because of battery concerns.

The problem with Google limiting what should have been one of the top selling points for the Pixel 4 is that it feels like you aren’t getting what you paid for. The Pixel 4 is supposed to have a 90Hz display and so it should run at that all of the time. Other phones with 90Hz displays, like the OnePlus 7T and 7 Pro, don’t have this limitation.

Battery life is not good

And that’s the perfect lead-in to the major point here about why you should pass on the Pixel 4, even at a discounted rate. Battery life sucks on the Pixel 4 in a way I haven’t seen from a phone in a good couple of years. During our review period, I made a separate post about it because I was so shocked at how bad it really was.

We’re talking about battery life that brings back battery anxiety and leaves you constantly monitoring battery percentage and whether or not you should go find a charger. Honestly, I’m not sure the 2800mAh battery is going to get most people through many days, especially if I struggled in a situation where I’m at home all day with the phone on WiFi and hardly approaching 3 hours of screen on time usage.

The Pixel 4 XL, on the other hand, has decent enough battery life. I’m still using the phone to this day and it gets me through full days without needing a top-off before bed. It’s not doing so comfortably, but we’re getting there.

I think the overall problem here is that Google made a couple of phones that have unique features (90Hz display and a radar motion system) that might take a bit of extra battery. Unfortunately, they didn’t consider that people might need more than 10-12 hours of use from a phone and that not everyone is tied to a desk with charger handy at all times. If the phone has a battery that can’t handle taking advantage of phone features, then maybe we should have made some better choices in our design, right?

To buy or not to buy?

We are now a full month from Google releasing the Pixel 4 and Pixel 4 XL and my takeaway from each is that the Pixel 4 XL is probably a good phone for most people. It looks and feels great in hand, has one of the best smartphone cameras around, (now) has 90Hz on at all times, is solid in performance, and will get updates before any other Android phone for the next few years. At $699 with this current Black Friday deal, it’s probably not going to be a bad buy.

As for the Pixel 4, again, the battery life being as bad as it is should cause you to pass. You can force on 90Hz if you want, love the camera, like the smaller form factor, and sit at a desk all day with charger nearby, but I bet you’ll still get sick of worrying about battery life just as I did.