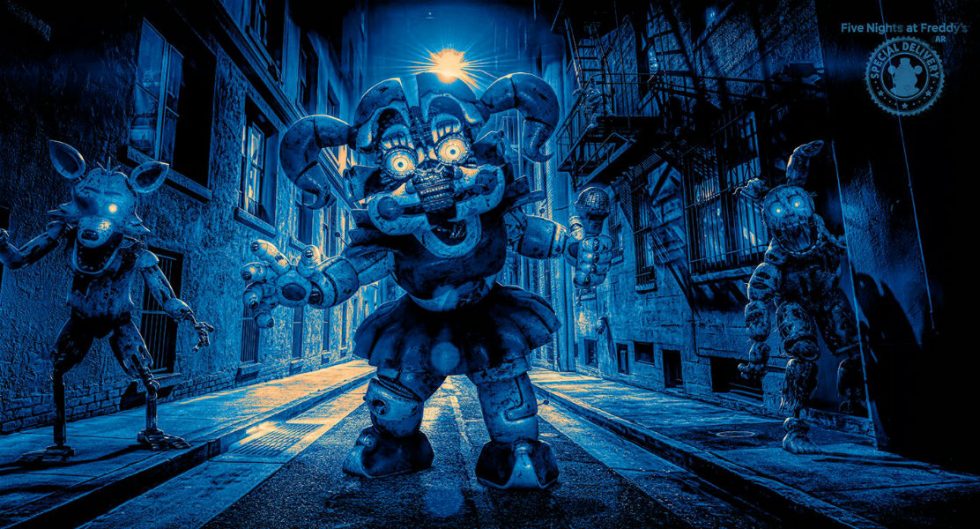 I don’t do scary games well, but that doesn’t mean you shouldn’t check out the new Five Nights at Freddy’s game. Titled FNAF AR: Special Delivery, this game’s storyline sends the malfunctioning animatronics into the world as part of a new on-demand party service. Of course, things go horrifyingly wrong and you’re tasked with simply surviving the attack.

The game provides you with various resources to manage and ways to defend yourself, such as a flashlight and shocker device. While playing, you’ll find miscellaneous parts throughout the AR environment on your phone, such as CPUs and plushsuits to create and deploy your own animatronics.

The game is free to download, but there are in-app purchases for select items.

You won’t find me playing, but good luck to you.