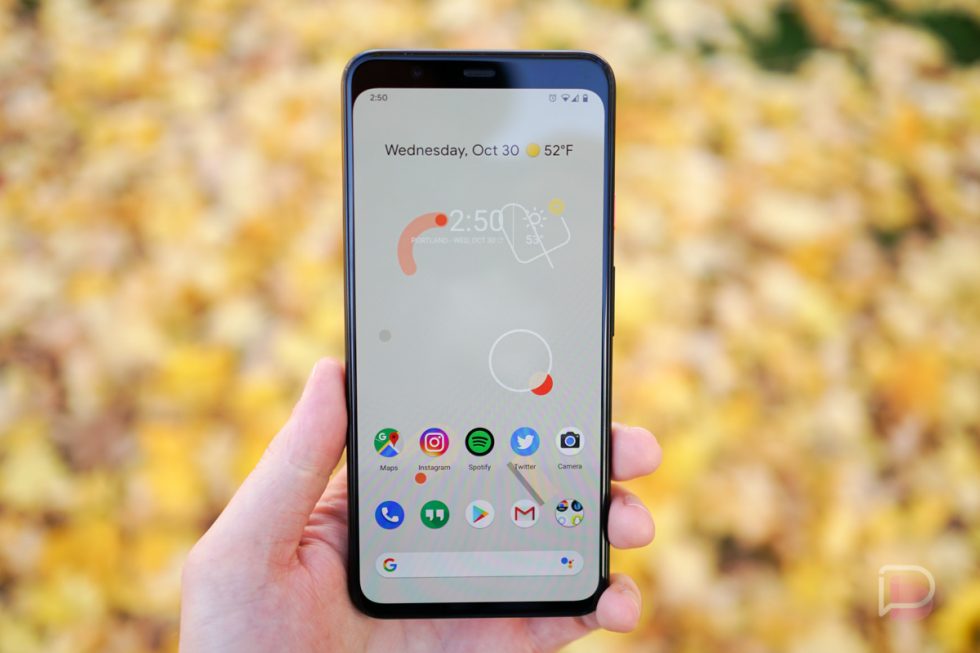 We have already posted up our Pixel 4 review, but like last year, we’re back to give you our Pixel 4 XL thoughts in a separate post.

While the devices are very, very similar, there are a few notable differences, such as the battery life you should expect, the displays being from different manufacturers, and the price is obviously higher for the XL model. Instead of clumping everything into a single post, we decided its best to spread it out for easier consumption by you, the reader.

Let’s dive into the Pixel 4 XL, shall we? 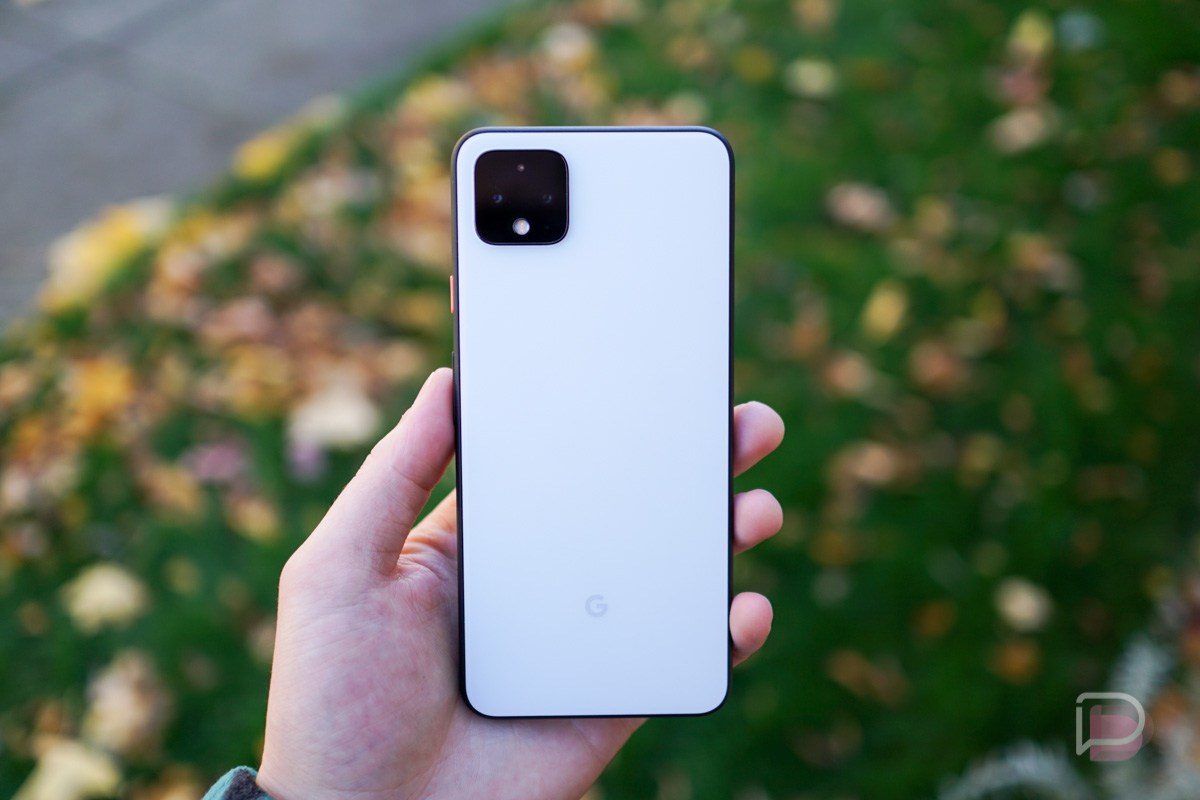 Why mini and not full review? Because there really are only a couple of specific differences to look at between the Pixel 4 and Pixel 4 XL. If you want to know about the software experience, the camera capabilities, availability, performance, and specs, you will find those details in our Pixel 4 review. For this 4 XL review, let’s talk about its display, battery life, and if the price is right.

We discovered shortly after launch of these devices that the smaller Pixel 4’s 5.7″ display is made by LG, while the Pixel 4 XL has a 6.3″ display made by Samsung. From our own experience, it appears that the Pixel 4 XL can get a bit brighter when cranked to the max brightness level, while we’d describe the Pixel 4’s display as a bit warmer than the XL’s. Thankfully, inside the settings menu, there are loads of different toggles to tune the display how you see fit. Personally, I go with the Adaptive option, which I believe is the default option out of the box.

Unlike Samsung Galaxy phone displays that can come off as a bit oversaturated to my eye, I enjoy looking at how Google tuned the display of the Pixel 4 XL. The colors seem just right to me, and while I wouldn’t mind having it get a bit brighter when in direct light, I really appreciate how dark it can get when I’m laying in bed at night scrolling through Twitter or watching a video. Some phones don’t get nearly dark enough, but the 4 XL gets very dark when the brightness is cranked down.

We also can’t talk about the Pixel 4 displays without discussing the mess that is Smooth Display (90Hz refresh rate capability). As you may be aware, Google’s Smooth Display feature is automatically disabled whenever the screen’s brightness is below 75%. Google acknowledged this and has stated that it will eventually ship out an update that will allow for Smooth Display to work with additional screen brightness settings. 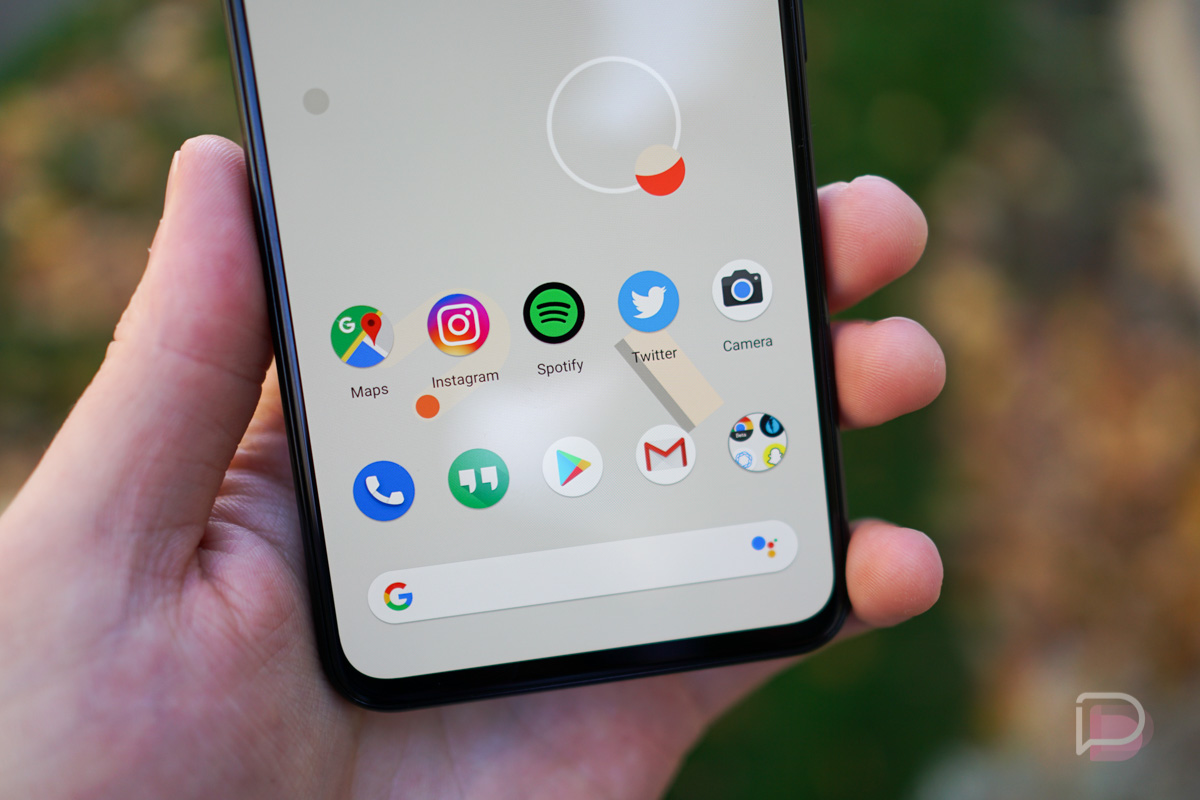 The thing is, Google appears to have the only phone that is this strict when it comes to displaying content at 90Hz. Other phones, like the ROG Phone 2 and OnePlus 7 Pro, are more liberal in terms of when the display runs at a higher refresh rate. This move was likely made by Google to help preserve battery life, but if you’re going to limit a marquee feature so much, why even include it in the first place? Thankfully, users are in control of whether or not to “Force 90Hz” via the developer settings for the device, but your average Android consumer likely won’t know to look in there for such a setting or even how to access that menu in the first place. 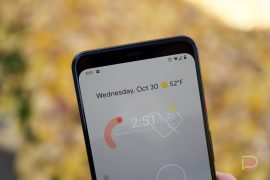 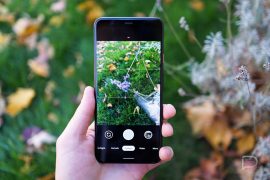 Because Google has already admitted that they were planning on sending out an update to allow for the higher refresh rate to run at different screen brightness levels, it’s as if Smooth Display wasn’t something Google was 100% committed to shipping or the feature needed more testing for Google to fine tune when it would automatically enable itself.

While Pixel 4 XL’s 3700mAh battery hasn’t blown me away, it’s certainly better than what we found on the smaller 2800mAh battery of the Pixel 4. For my week of usage, I have had Force 90Hz enabled, Adaptive brightness disabled, and Ambient EQ disabled. I also noticed that in the early going with the device, I was overly aware of how I was using my device, ensuring that I wouldn’t find myself attached to a wall outlet around 7PM like Kellen found himself with the Pixel 4. After a few days, I started using my phone completely normally and my battery life tells the story of a phone that is nothing but average in this department.

In my typical day, I pull the phone off its charger at 7-7:30AM, then plug back in around 10-11PM. I was going to bed with under 15% battery left quite a few days, which isn’t exactly normal coming from the OnePlus 7 Pro and Galaxy Note 10+ before this phone. Obviously, those phones have larger batteries, so this outcome was to be expected.

The issue I foresee is, people have much different lives than me. Unless you also work from home and hardly leave the house, I could easily see even the XL’s battery life causing you problems. In 2019, no one should have to worry too much about their battery life, which is why I haven’t had an issue recommending people pick up the aforementioned phones from OnePlus and Samsung. These new Pixel phones, though, do take some tinkering in the settings menu to ensure you’re conserving juice, while also getting the performance out of the phone that is expected. 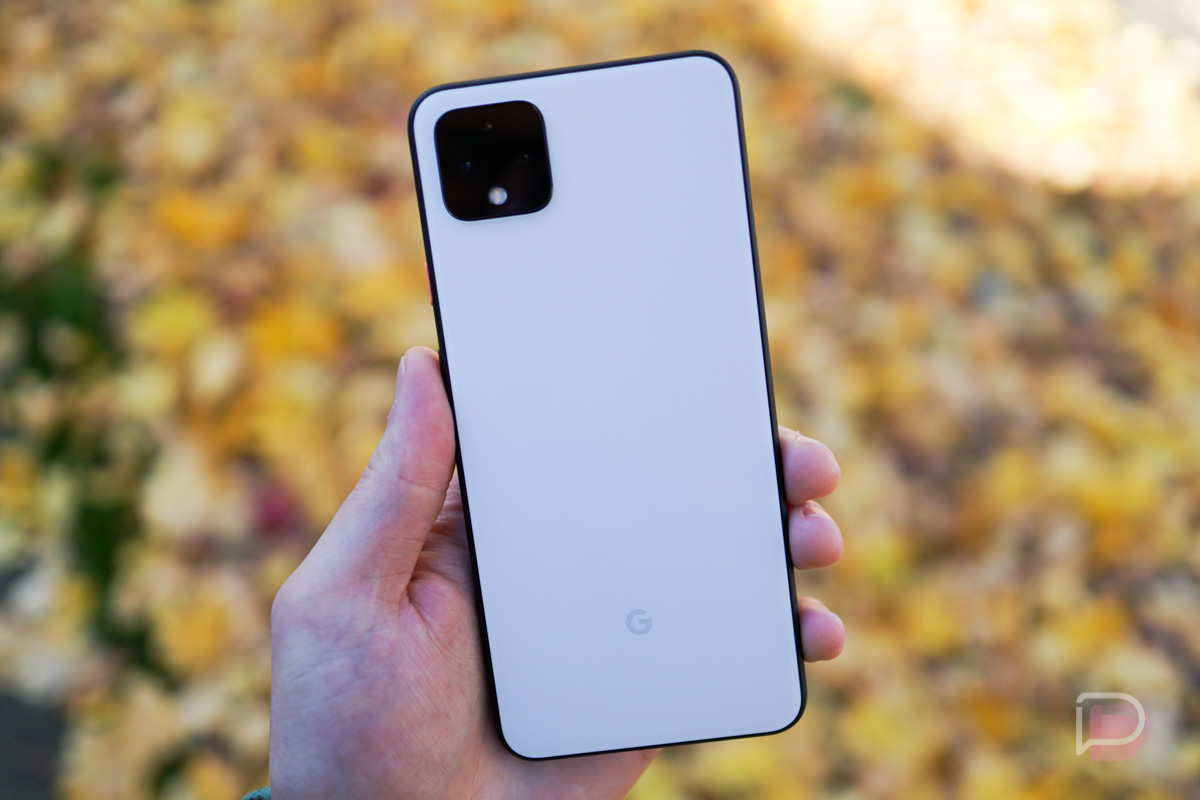 I’ll come right out and say it, the Pixel 4 XL is not worth its starting price of $899. Based on specs alone, this phone should be about $650 in my opinion.

When you combine the fact that Google took away the fingerprint reader, Motion Sense is valueless because swiping through music tracks with hand gestures isn’t something people should have to pay for, the 90Hz refresh rate is hardly utilized unless forced on by developer settings, the entry level storage is a mere 64GB, and the battery life is painfully average, there are much better options currently on the market. Just for example, the OnePlus 7 Pro starts at $649 currently and comes with 8GB RAM + 256GB storage. At the top of the price mountain you have Galaxy Note 10 phones, with the Note 10+ starting at $1099, equipped with 12GB RAM and 256GB base storage. Point being, based on specs alone, there’s no way the Pixel 4 XL should cost $899. 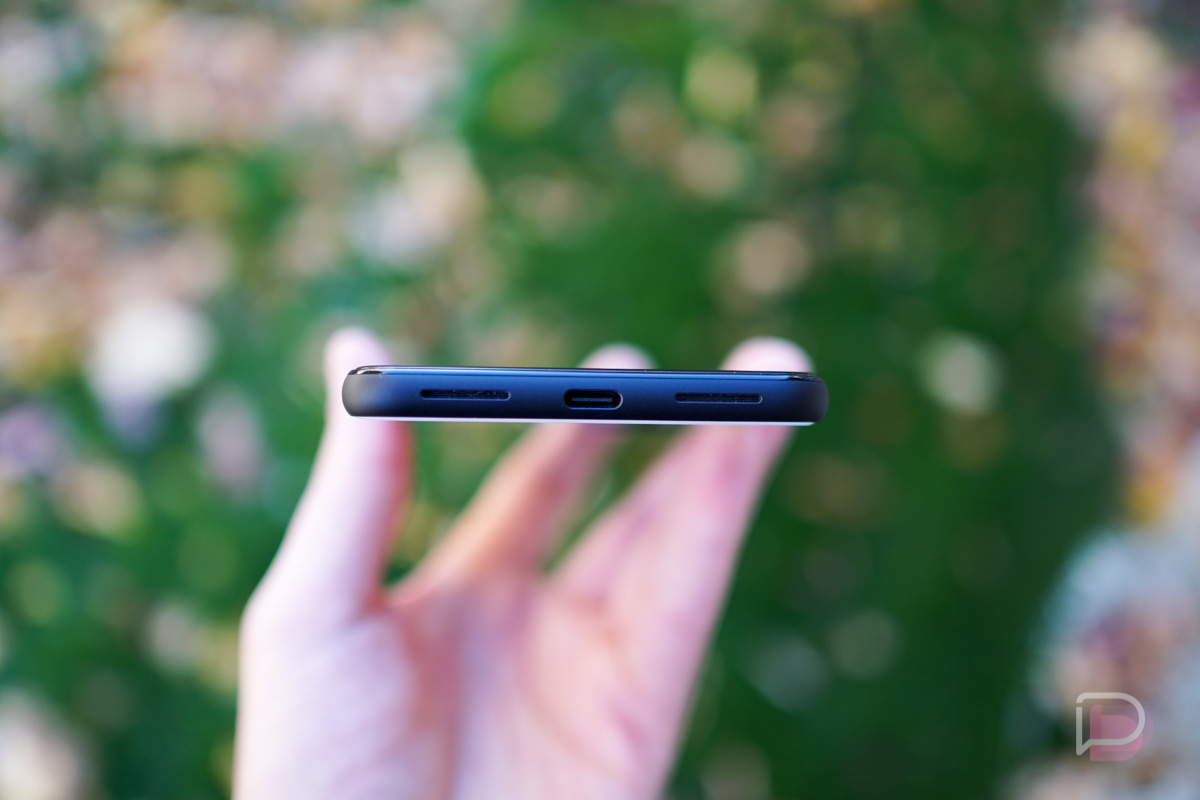 We also have to factor in that while still photography is great on the Pixel 4 lineup, video taking has not improved from the Pixel 3 and 4K at 60 fps is still unavailable. Oh, and the phone only has 6GB RAM, there is no dedicated wide angle lens, Google stripped unlimited photo backup storage for original quality shots, and even in shipping a 64GB storage option Google didn’t include support for expandable storage. Is that everything? I think that’s everything.

There is hope, though. Obviously, Google can’t add storage to the device via a software update, but things that can be improved upon via a software update include Motion Sense, Smooth Display, and maybe even 4K video recording at 60 fps. Google has mentioned they didn’t include [email protected] due to storage restrictions, but that’s sorta my point in why this phone is disappointing at this price.

If you just have to have a Pixel phone, your best bet at scoring one is waiting for the holiday sales to come around, which they always do. That’s one of the only pros for having Google launch its devices so late in the calendar year. 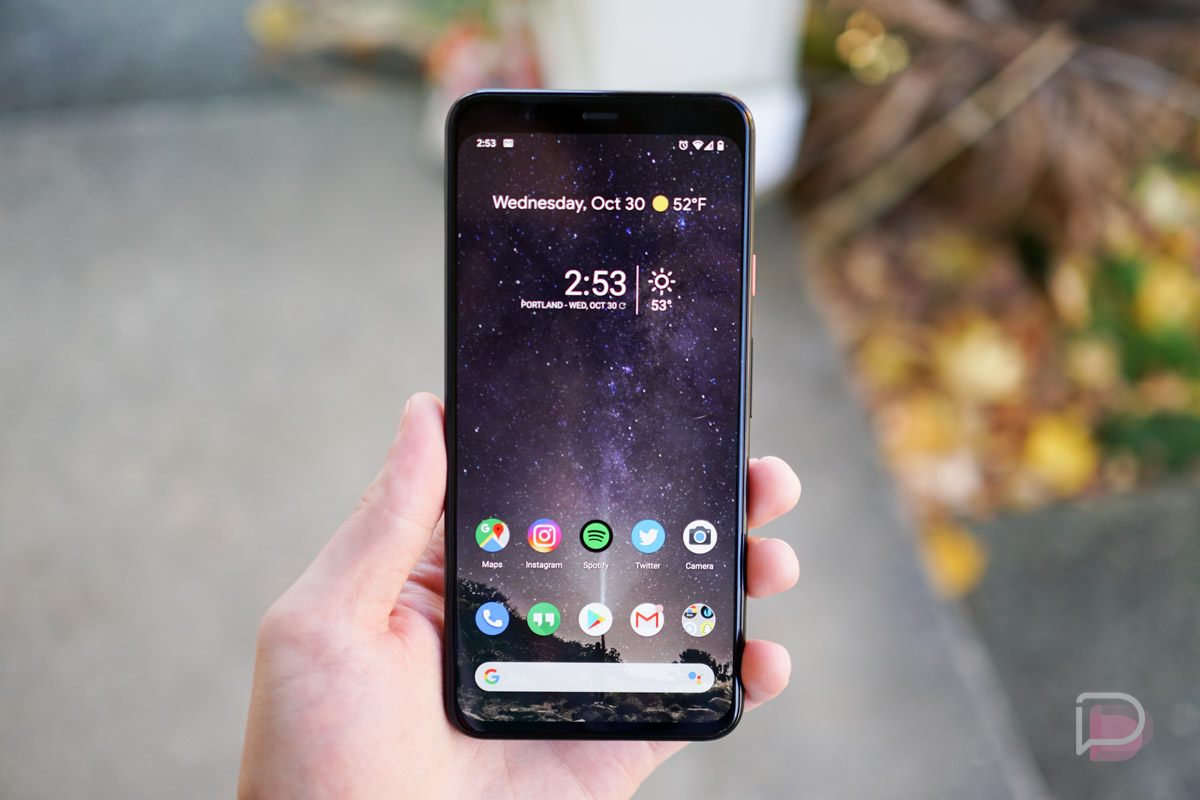 Even with the negatives I’ve brought up in this mini review, don’t go away thinking I’m still not a big time fan of this device and Pixel phones in general. For me, Google’s approach to software and hardware is what I personally like, but I’m still going to be the first person to tell you that this phone is overpriced for what it offers as a package.

With its 6GB RAM, albeit underpowered, the device’s performance is fine enough, the camera takes excellent photos (I don’t video a lot of things), and the size is just right for me. The software has offered just the right amount of customization I need in the new Themes section in the settings menu, plus the fact that I’ll still be receiving updates as soon as they’re available straight from Google is something I value as a lover of the Android OS.

Really, this phone will test what Pixel fans truly value. If all you care about is photography with your smartphone, it’s a great phone. But if you need a multitasking phone with all-day battery life and the flexibility to handle hardcore gaming, I’d look elsewhere. 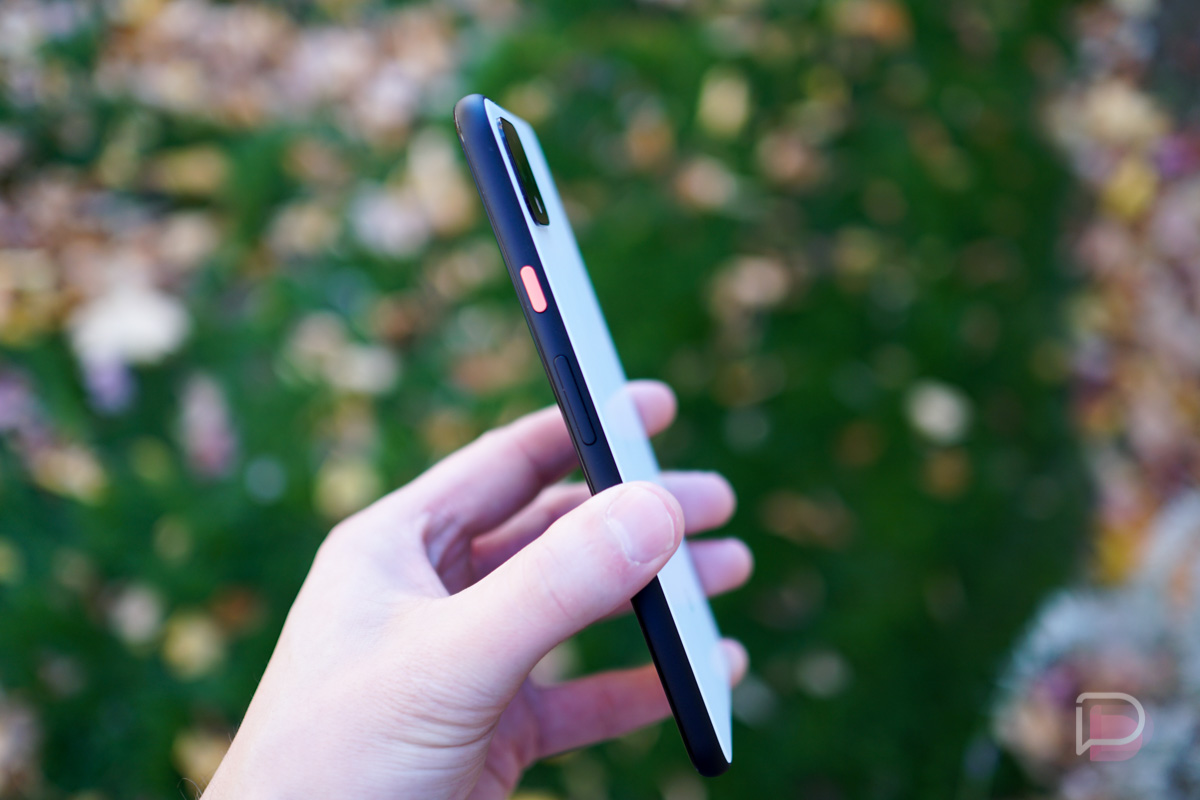 The funniest part of all of this is, I can sit here and tell you how Google royally screwed this device up, but I still love it. The Pixel phone experience is the experience I prefer on smartphones, since all of the Google services that I require work like a charm. What Google did right on the phone they did very well, which for me includes Face Unlock and the overall hardware experience.

Am I disappointed it only has 64GB storage, 6GB RAM, no wide angle lens, and no fingerprint reader? You better believe it, but it still offers everything I need in a phone, which I suppose is average battery life and fantastic still photography. If you need your phone for anything besides that, though, you’re best looking elsewhere in 2019.

Again, for a complete breakdown of the Pixel 4’s camera features and other important details, please read our full-length Pixel 4 review.