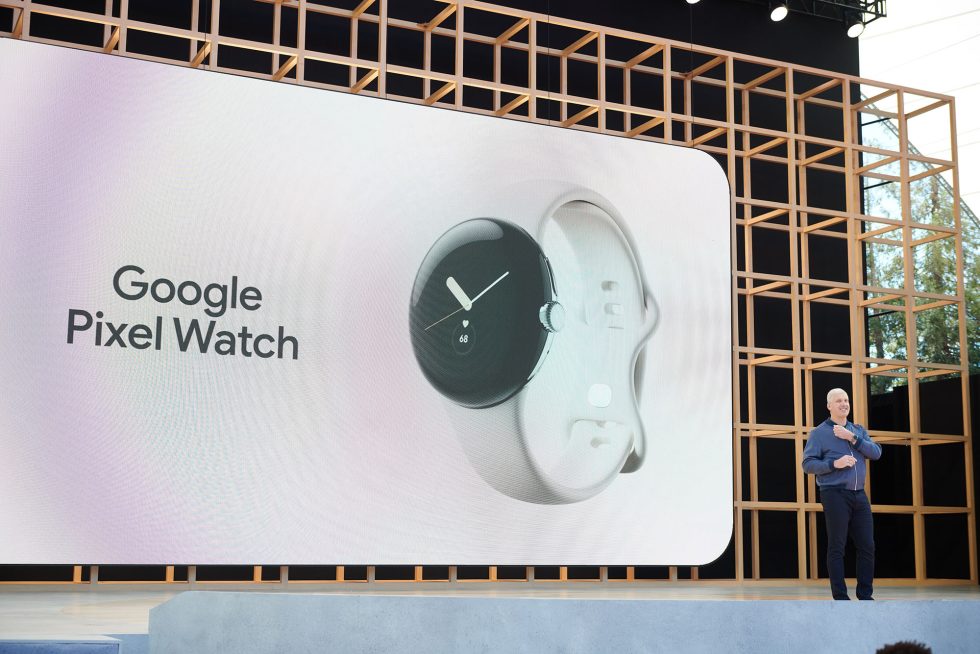 The Google Pixel Watch was (obviously) going to be a must-have item around the DL offices, being the first smartwatch from Google and all. Even if we don’t quite know all of the details surrounding its specs and features and price, it is without a doubt a device we need. But now, after seeing Samsung’s Galaxy Watch 5 line-up in a leak today, the Pixel Watch is looking like the last hope for excitement in 2022.

We know that the Pixel 7 and Pixel 7 Pro are coming and what they look like. There will be improvements there (like Tensor 2), but let’s be honest, what we’ve seen so far sure comes off like a minor upgrade over the Pixel 6 line. We know that Samsung is likely to release a Galaxy Z Flip 4 and Fold 4 in the coming weeks, also with minor improvements over previous generations. We’re pretty sure OnePlus is about to deliver an awkward upgrade in the OnePlus 10T. We know that the Nothing Phone (1) isn’t coming here. We know that OSOM sold their soul to the sketchy world of crypto.

2022 is looking like a mid-rangey year for phones. And if not a bust, because the quality of devices should be high, then it’s at least looking like a snoozey one. That’s not to say that most of the devices I mentioned above won’t be good or worth upgrading to depending on your current device, it’s just that this isn’t going to be a year for ground-breaking new-ness.

So with phones shaping up in that fashion, we move to wearables, and that’s where the Pixel Watch vs. the Galaxy Watch 5 comes into play.

As I mentioned in the opening, the Pixel Watch is the obvious choice for me. Not just because it’s Google’s first smartwatch, but really because Samsung’s watch line-up is like the phones everyone is about to release – nothing new.

Samsung guy is going to show up now and say, “The Galaxy Watch 5 Pro is brand new, you fool!” And yeah, man, it is. Did you see it, though? That deep dish ass design lookin’ thicker than a leg and with a battery we expect to make for a case that looks goofy on everyone’s wrist whose name isn’t Dwayne Johnson? And the regular Galaxy Watch 5 is a straight copy of the Galaxy Watch 4, a fine line of watches, but ones we’ve already seen. What am I getting excited about here, a skin temperature sensor?

Couple the already-played design with Samsung’s meh One UI Watch software and I’ll pass. Give me the Pixel Watch, please.

The Pixel Watch is a fresh take on a smartwatch design that is about as clean as it gets, with its rotating crown poking through its curved bottom and top, and that domed glass with stainless back. Google managed to build a smartwatch that looks like a watch, not just another piece of wearable tech. The case size appears to be for the normal person’s wrist, it’s slim, we’re told that it’ll run a “new Wear OS experience,” and that Fitbit will have deep integration. It should quickly pair with your phone and fit perfectly within the Google Pixel ecosystem, which I happen to enjoy over others.

There is some worry about the old Exynos 9110 chipset that Google has chosen to use, but if another rumor of Google customizing the experience by adding a co-processor is correct, it should still provide a better experience than Qualcomm’s 4100 line. We also know that Google has been working on this thing forever and the expectation then is that it’ll be dialed in at launch, unlike their yearly phone releases.

Did I just fanboy out there a bit and come off like a spoiled tech brat? You betcha. But I still like to get excited about new products and the Pixel Watch is our last hope, Obi-Wan.