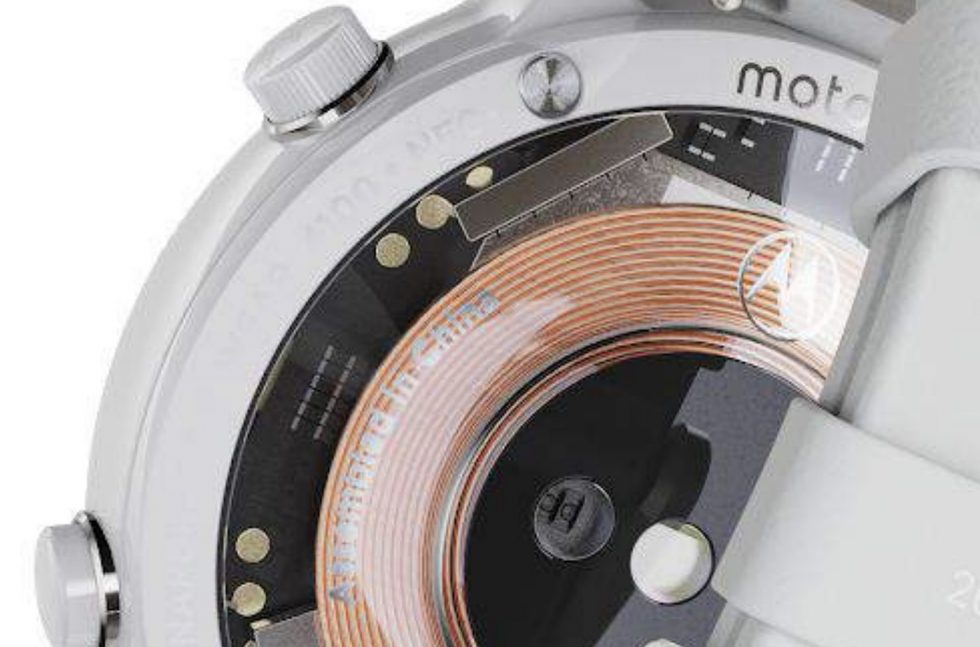 When we shared news yesterday that there would be a new series of Moto-branded smartwatches released over the coming months, we missed an important hint at their potential. In one of the slides that showed the backside of one of the watches, the bezel of the case had a list of specs that weren’t obvious unless you worked a bit of image magic. If these specs hold-up, we might finally get another next-gen Wear OS watch to compete with the TicWatch Pro 3.

Below, the image enhancement from a reddit user shows that an upcoming Moto watch will have 5ATM water resistance, GPS, NFC, and what appears to be wireless charging through a coil underneath a glass cover. But the bigger catch here is what looks to be a print of “Snapdragon Wear 4100.”

You can almost see it in the image we captured at the top of this post, but it’s more obvious here. Again, if this holds up, even if this is the Moto G Watch, the processor instantly removes any doubts we had about the branding and should let this watch stand-up next to the best available. 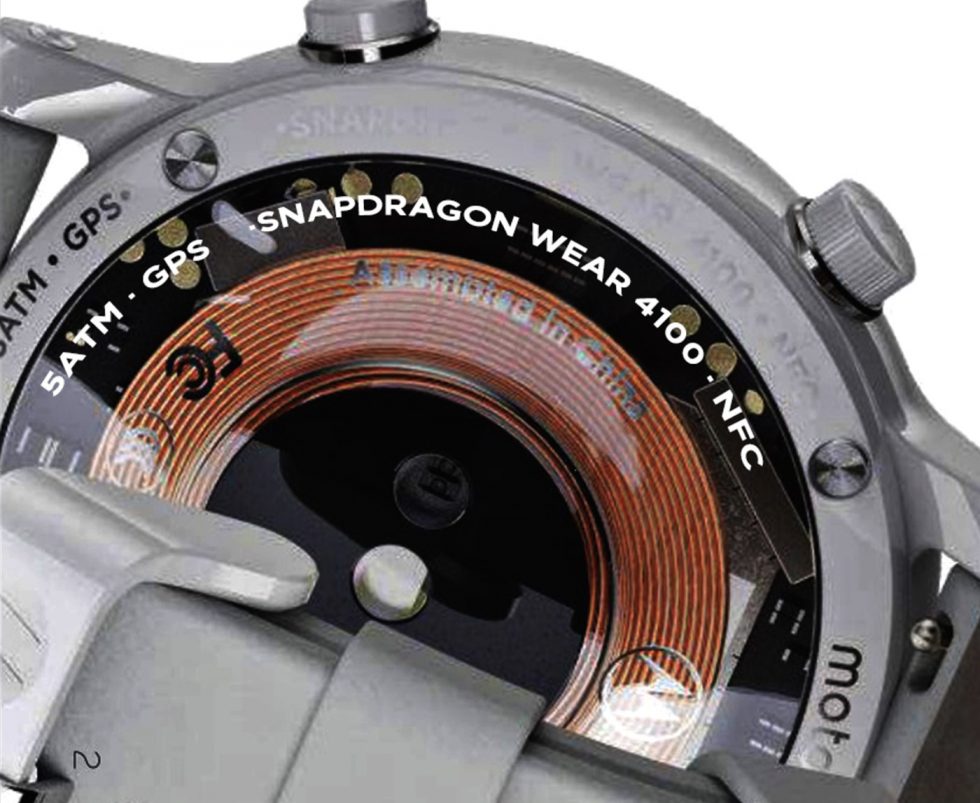 We aren’t sure why the industry has been so slow to adopt the Wear 4100, as it dramatically improves performance over watches running the Wear 3100. It’s such a big difference that we wouldn’t recommend anyone buy a watch running the Wear 3100 and would instead suggest they wait for more 4100 watches if the TicWatch Pro 3 isn’t what they are looking for.

Adding Motorola to the mix, even if eBuyNow is the company making the watch, gives us a bit of hope for Wear OS, a platform that feels very much like an abandoned one.