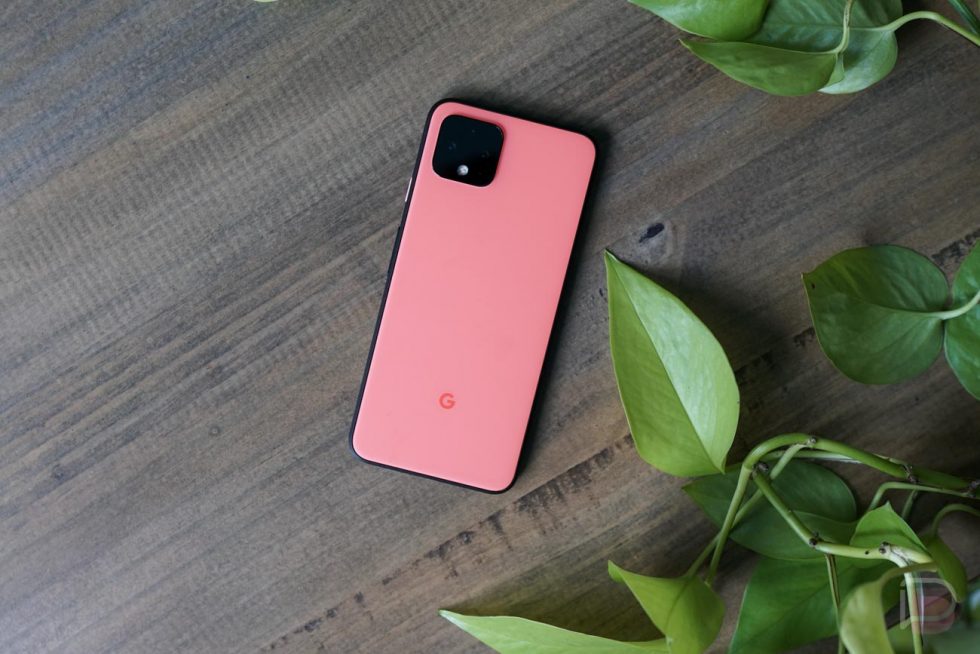 The first attempt at living with a Pixel 4 didn’t go so well for me. The combination of awful battery life and numerous missing features paired with an $800 price tag left me sad and looking elsewhere for a phone to use each day. But now that I’m stuck at home for the foreseeable future and the Pixel 4 has been through numerous software updates since launch, I came crawling back for the last week or so to see if anything had changed for the better. I also missed its little baby size and needed a break from all the tablets companies keep selling as “phones.”

A Pixel 4 review after the review

I don’t see a need to dive back in here and do another full-length Pixel 4 review because so much hasn’t changed. The camera is still Pixel-quality, the design is still pretty fresh, and the software remains my favorite in all of Android. I still don’t use Motion Sense, the specs are average, and the price is arguably too high, unless these $300 discounts stick around for the long haul.

Instead, I figured I’d touch on the trouble spots that Google has tried to address, namely the display, only having face unlock, and battery life. Are any of these areas improved enough to get me to stick around going forward? The short answer is…no. 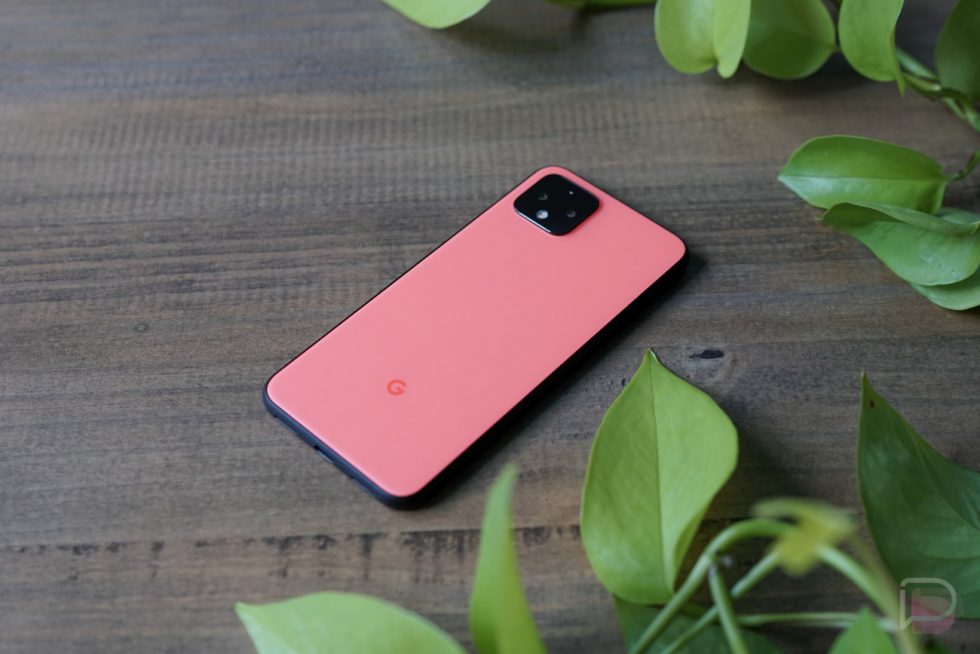 It’s still bad, guys. I’ve had to look for a charger on multiple nights around 8PM because my Pixel 4’s battery life has dipped low enough that I know it won’t make it until I go to bed. That’s not good! I haven’t had to do that with any recent review phones.

Even after several updates since launch, it appears there is no magic software tweak that can fix a battery this small. Remember, the battery in the Pixel 4 is 2800mAh. A sub-3000mAh battery is something that has rarely been seen outside of 2018. The Galaxy S20, which is basically the same size as the Pixel 4, has a 4000mAh battery.

So yeah, if you were hoping I’d report back with dramatic improvements in this area, I am here to disappoint you. Pushing my normal 2-4 hours of screen on time while at home on WiFi is returning the results I saw last October when the Pixel 4 first launched and we told you to avoid it. Well, they might be slightly better than at launch, but I’m still grabbing the powerbank and cord at 8PM as I sit on my couch to watch The Last Dance.

Face Unlock is fine and also not

My thoughts on only having Face Unlock on a phone remain about the same, though I’m so used to only using it that I’ve kind of adapted. Generally speaking, the Pixel 4’s Face Unlock system is quite good and fast. Google has improved its security since launch by adding a requirement for eyes to be open and I’m not sure I’ll ever not love the fact that it works so well at night, unlike almost every other face unlock system not made by Apple. Seriously, being able to lay in bed in the dark and still watch Face Unlock read my face is pretty cool.

All that said, I still wish I had a fingerprint reader. I wish I didn’t have to wake my phone, point it at my face, and hope it reads it the first try because if it doesn’t, I know I’m going to get pissed and eventually just swipe my pattern. The quickness of rear-mounted fingerprint readers will forever be missed until these face unlock systems work flawlessly 100% of the time.

But overall, Google’s implementation of Face Unlock is about as good as it gets if this is your only option for security.

After coming from the Galaxy S20 and OnePlus 8 Pro, two phones with incredible high refresh rate displays, I noticed pretty quickly that going back to the Pixel 4 was a downgrade. Like I mentioned in my review, the brightness levels aren’t good enough when outdoors, colors are certainly a little flatter or lacking the color boost of the S20, and it often looks slightly pinkish or a little too warm for my taste.

If there is some good news since last October, it’s the improvement to the 90Hz refresh rate. Remember out of the gate, Google was severely limiting how often the phone would run at 90Hz. That has been changed to allow for 90Hz to show much more frequently to the point where you should see it the majority of the time you are using the Pixel 4.

I think for the most part, the Pixel 4 display is fine, until you compare it to others available. We are now seeing 120Hz refresh rates on overall better quality displays. 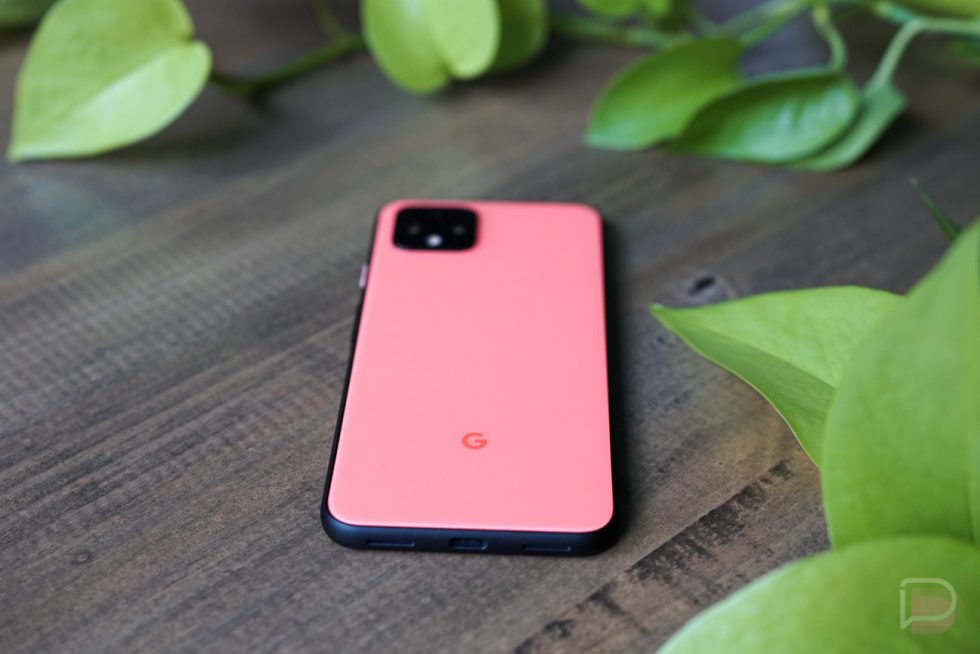 I love this size

If there is one thing that I’m going to miss about putting this Pixel 4 back away, it’s the size. The Galaxy S20 is close to being perfect too, but the Pixel 4 is so easy to use with one hand, fits nicely in pockets, and isn’t a f*cking tablet. I actually wish I could keep using it. I wish there weren’t these battery issues and that the display was better, because man, Google really nailed the in-hand feel.

So that’s it for me and the Pixel 4 after this second round. We clearly are not meant for each other with so many other good phones lying here, like the Galaxy S20, OnePlus 8 Pro, and the Pixel 4 XL. With all of these phones, I don’t need a charger at 8PM, plus they all still give me impressive camera capabilities and software I enjoy.