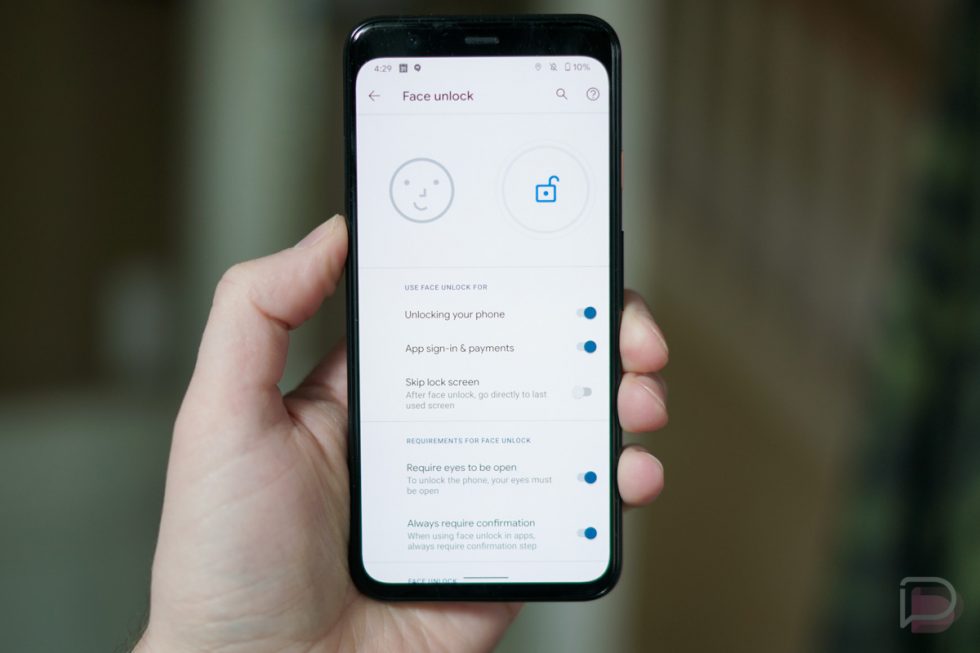 When the Android 11 Developer Preview 2 rolled out a couple of weeks ago to Google’s Pixel 4 and included a “Require eyes to be open” feature in Face Unlock for the first time, we wondered if that option would also be included in the April security patch. The April security patch just dropped and it is indeed there to be toggled.

For a little history here, the Pixel 4 and Pixel 4 XL arrived last year with Google’s most advanced face unlock system to date. It has all of the face scanning tech you want to see, similar to Apple’s, only Google forgot one thing. They forgot to require that your eyes be open in order for the Face Unlock to bypass your lock screen. I’m sure you can understand this security risk, so Google promised almost immediately in October that they’d work on implementing it. It took six months, but here we are.

If you open Settings>Security>Face Unlock, the option to “Require eyes to be open” is found in the “Requirements for Face Unlock” section. Mine was already toggled on after the update.

Don’t yet have the April security patch? It’s coming, don’t worry. To check for it, head into Settings>System>Advanced>System update.