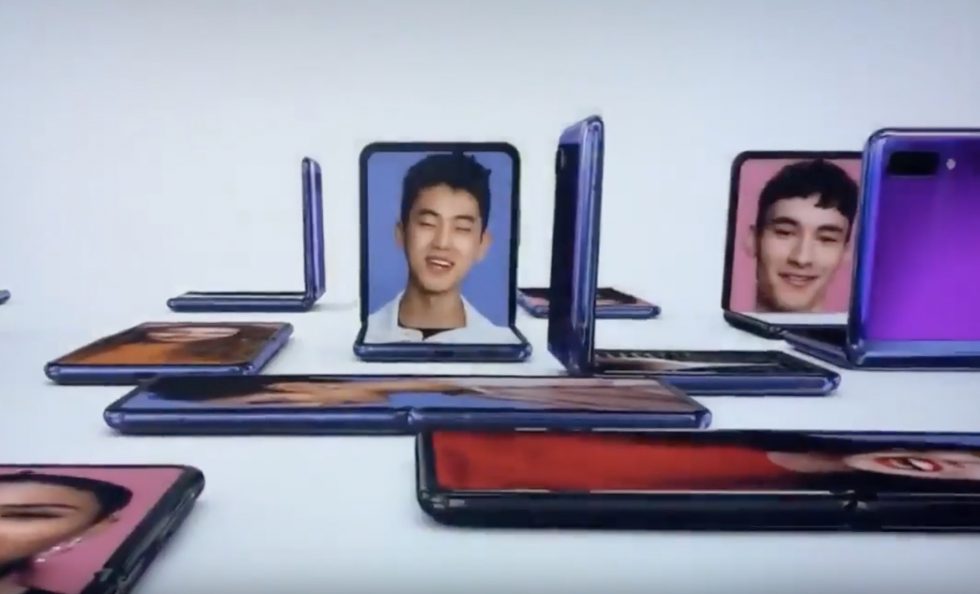 Samsung is still hosting a February 11 event where they’ll announce the Galaxy S20 family, new Galaxy Buds+, and what we assume will be their next foldable, the Galaxy Z Flip. Tonight, during the Oscars, they showed a lengthy teaser commercial for the Z Flip, reminding everyone that they should tune in on Tuesday to find out more.

The commercial, which you can see below, shows both purple and black versions of their foldable flip phone. We get to see the phone folded shut, opened to an L-shape, and completely unfolded into a candybar-style phone. There are hints of deep Google Duo integration, a quick shot of how incoming calls will look in the phone’s small cover window, people taking selfies with the phone opened halfway, and then a lot of folding and unfolding.

The phone looks like it could be a fun alternative to their previously released Galaxy Fold. It also should be miles better than Motorola’s new Razr foldable, which if we’re being honest, is an awful device that you should all avoid. The Galaxy Z Flip will have a solid set of specs, might have glass covering its foldable display, and could be cheaper than the Razr.

Current rumors peg the Galaxy Z Flip for a February 14 launch, which is later this week. You ready?