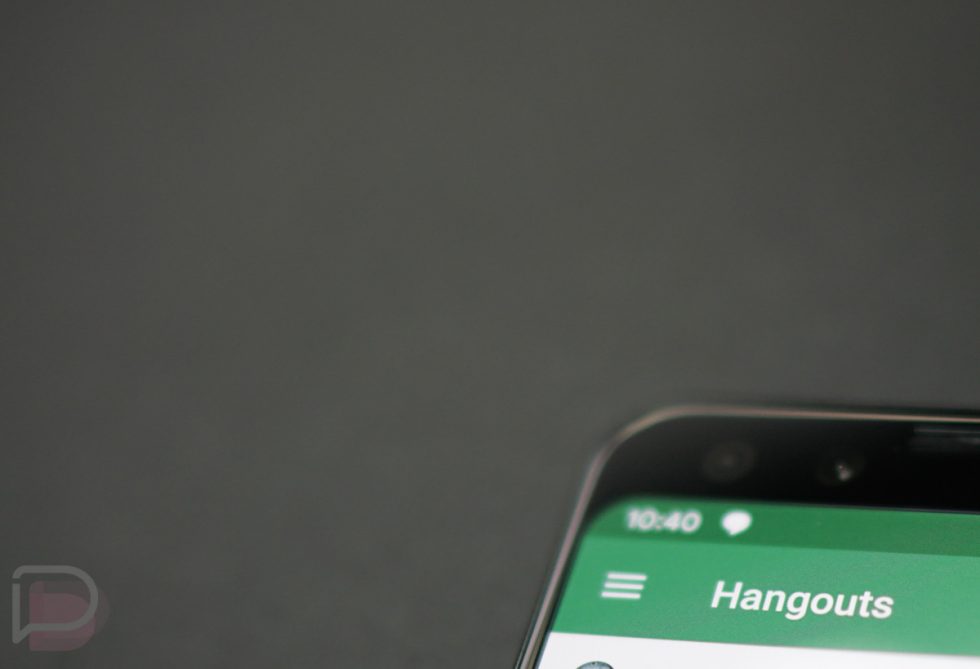 The writing has been on the wall for Hangouts for longer than I can remember and yet here I am, writing a piece about it. I’m not necessarily writing about its death, though, because we know it’ll live on in some form or another through Hangouts Chat or as the poorly supported and dated version we have now. Instead, as the title suggests, I just want to talk about how I feel trapped by it even as there are more than a couple messaging services that should probably replace it on my phone.

I’d say that 90% of my digital communication with friends and family happens through Google Hangouts. I’ve been so heavily invested in Hangouts that some of the group conversations have years’ worth of history. When it was introduced in 2013 (!), I talked everyone into making the switch to it and they did. It was an easy switch because Google let you jump into it with your Google account and made an app available to everyone out of the gate. Since almost all of us have Google accounts, finding friends or starting conversations was dead simple. It supported multiple accounts and worked on as many devices as you needed it to, with full syncing between them all.

As Google turned its focus to Hangouts, they told us it was everything. It was getting SMS. It was the future of Google Voice. With every mention of Hangouts in that first year, it became easier and easier to invest in it as the messaging platform for me and those I talked the most with. Of course, that was six years ago and a whole bunch of stuff has happened since.

Google decided it wanted to compete with WhatsApp so it created and then killed Allo. It told us Hangouts wouldn’t die because of Allo, only to admit a couple of months later it wouldn’t see much support and would get a business focus instead. That focus led to Hangouts Chat and Meet in 2017, all while regular Hangouts suffered. Hangouts Chat might takeover for regular Hangouts next year on some level, though that’s not a guarantee. Google would rather you use their Messages app with RCS, a more advanced version of SMS. The problem there is that RCS is being held up by your carrier and the rollout is an absolutely frustrating disaster. Google is reportedly working on advancing RCS on its own, but I have my doubts on that happening here in the US.

But that’s just what Google has going on. Where I bring this back to feeling trapped is when I talk about how I’m getting the urge from the industry to switch to something else, something non-Google. You see, encryption is the new hotness in messaging. There are apps like Signal and Telegram that want you to feel secure as you have private conversations. Even Facebook is out here saying that Messenger will soon be encrypted, something that I’m not sure Hangouts has ever considered. Allo wasn’t really secure either, and I don’t think anyone would claim that RCS is. But is switching to one of these a process I want to take on? Should I care about message security?

Settling on one would probably take a bit of research, and that’s fine. I’ve already spent some time with the various apps from Telegram and Signal. Assuming I find one that I like, that’s when the really hard part happens and is probably why I’m writing this post – getting everyone I know on Hangouts to switch over sounds like hell. Because to do that, everyone would have to trust my decision over which app to use (or maybe I ask for their input, which creates more work) and then have to install them and become comfortable with them on the operating systems they use.

Do any of them care, though? While I’m out here thinking it’s time to find a new messaging solution, they’ve used Hangouts since 2013, so why switch now if it still “works?” Do I need to sell them on why secure messaging is going to be better, even if they aren’t all criminals with shady ongoing conversations? Is there even an app that offers a similar-enough experience to Hangouts? Because that’s one of the good parts about hangouts – it doesn’t really suck and still does almost everything you need it to, outside of having SMS and offering encryption.

I also have to consider that some people may switch and some may never. Some of my friends may already be using WhatsApp and I want to use Signal. If I decide to switch, I then run into the possibility that I not only have to maintain a list of people on Signal, but there are the Hangouts leftovers, the SMS friends in my Google Voice, and some who chose another app. I don’t want to maintain conversations in 4 or 5 different apps. If I stay with Hangouts, well, things just stay simpler and the same…for now.

Maybe part of it is that I’m jealous of Apple and iMessage. I want a single app to do it all that’s there within the operating system, that everyone can use, that just works. And maybe that’s foolish to want in 2019, it’s just that Google was close to that with Hangouts. Google had a perfectly well-rounded messaging application that (almost) did it all. I think we were all pretty happy with Hangouts, although there are some things that could have been done to make it better.

But now, us Hangouts users are kind of left stuck in this weird place where the future is murky and we might need to make a decision over whether or not to make a big change. I might need to capitalize “BIG” there, because messaging apps aren’t like calendar or note-taking apps or calculators or even email apps. You often need people on the other end to use the same app in order to talk to them. Swapping them out for the new fresh thing isn’t easy.