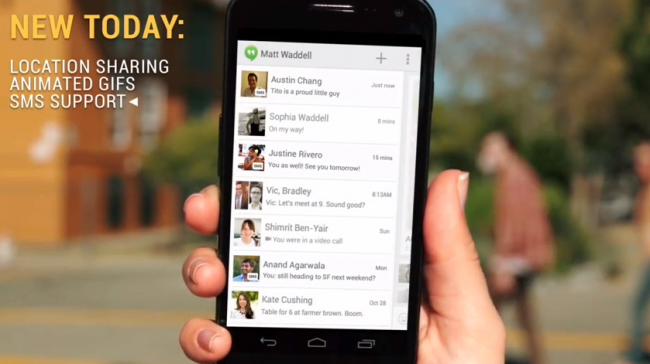 During this morning’s Google+ event, Vic Gundotra announced that they will introduce three major new features to Hangouts on Android. The first is SMS integration. Yes, “IT’S HAPPENING.” Gundotra didn’t say MMS, but at least you’ll finally be able to integrate the text experience on your phone with Hangouts, something you have been asking for since Google I/O.

We’ll also get the ability to share our location with friends through a simple location button tap, and share animated GIFs through chats. There was no mention of Google Voice or calling integration.

All of the slides during the presentation say “today,” so the update should go live later on. We’ll be sure to pass it along as soon as we see it.

Update:  The official release timeline out of Google is “in a few days.” 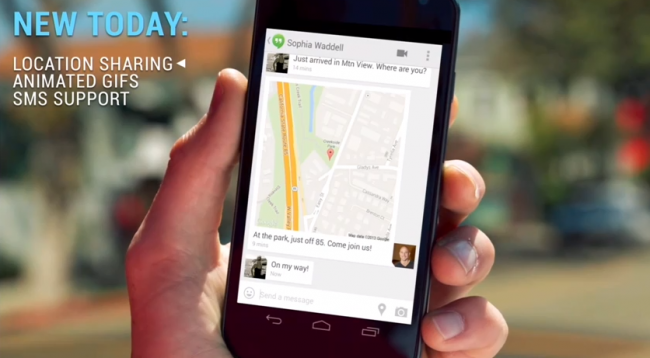 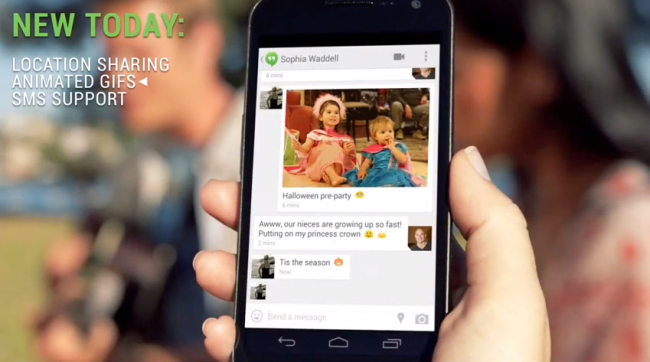