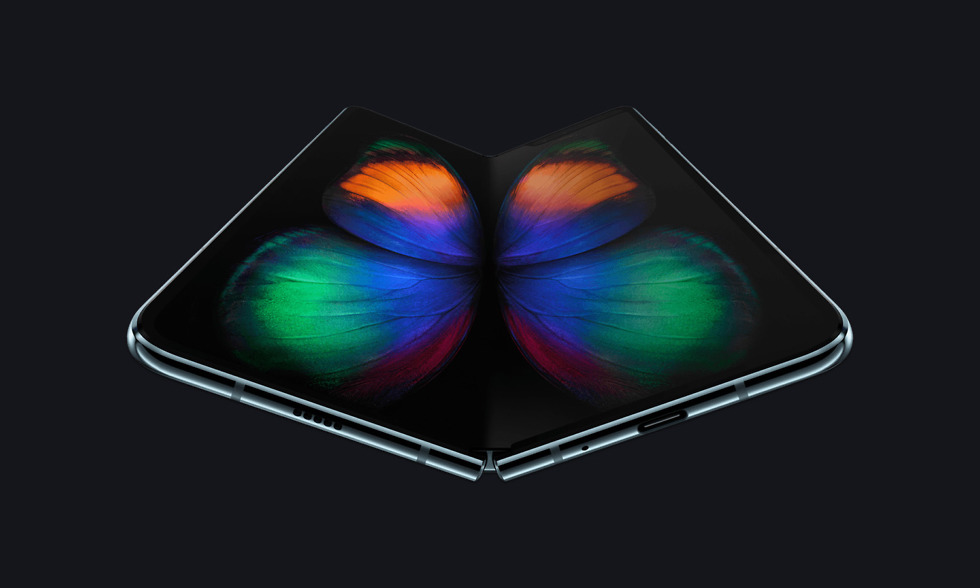 The Samsung Galaxy Fold may cost almost $2,000 with an expected arrival of late April, but don’t expect that to be the last from Samsung’s foldables department in the near future. A report today suggests they are well into two more foldable phones to satisfy those of you not impressed by the Fold’s book-style folding. Samsung is folding sh*t, my guys.

Sources of Bloomberg believe that Samsung is working on a clamshell-like device, as well as another that folds away from the user, just like the Huawei Mate X. The clamshell phone is currently scheduled to arrive later this year or early 2020, while the Mate-X-style foldable may not come until after that. Samsung reportedly considered that out-folding design instead of the Fold and already has it in prototype form.

As for other bits of info on these new foldables, Samsung may put a screen on the front of the clamshell device, just like they did on the Galaxy Fold, but could change that depending on how the response is to the Fold’s cover display. They may start including in-display fingerprint readers too, which they did on the Galaxy S10 line for the first time.

As for the Galaxy Fold and the thought that Samsung could be working on new and improved foldables that better it, Samsung is already trying to improve the Fold too. Apparently, after about 10,000 folds, you get creases on the Fold’s display that Samsung would rather not have. Yeah, that’s not good.

I’m down for companies to fold things in all directions until we find one that makes the most sense. At this time, we just don’t know which that is until we all get to spent more time with them. What we do know is that the Galaxy Fold is likely bad, as is the Mate X.