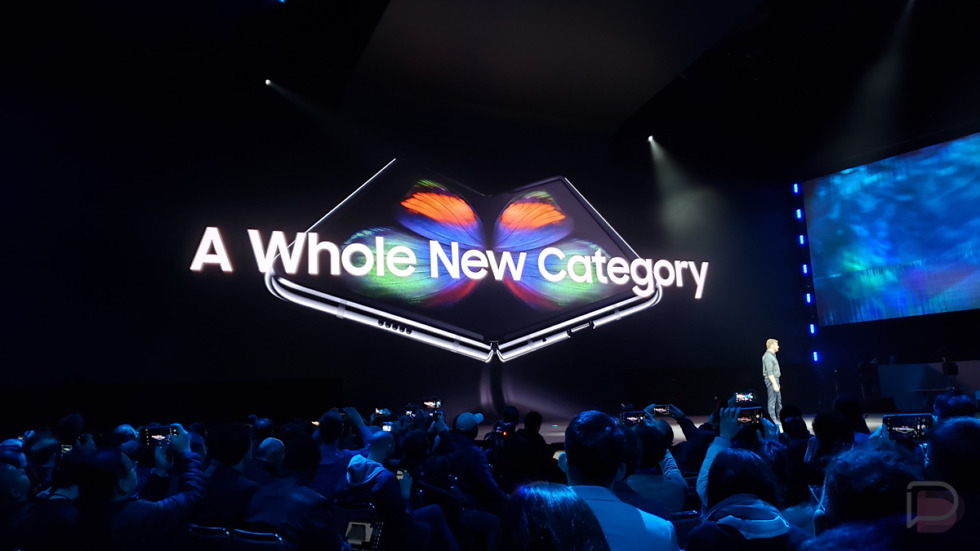 We’re at the Samsung Galaxy S10 event and they kicked things off by showing off the Galaxy Fold, their first foldable device. We’ve got a bunch of pictures of the device, which is both phone and tablet, in this here first look. You’ll find specs and pricing too.

When folded, you have a 4.6″ HD+ Super AMOLED cover display, but when unfolded, you’ll get a 7.3″ (QXGA) Dynamic AMOLED Infinity Flex display to use as a tablet. It also has several cameras (6 to be exact), 512GB storage (UFS 3.0), 12GB RAM, a 7nm 64-bit octa-core processor, side-mounted fingerprint reader, and 4380mAh dual battery system (with fast wired and wireless charging). While charging, you can reverse wireless charge another device too, using Samsung’s Wireless PowerShare.

For software tricks, Samsung is using something called App Continuity, which is a fancy way of saying you’ll be able to use an app on the front cover, then seamlessly transition to where you left off when you unfold the phone to the tablet portion. Additionally, the tablet part of the Galaxy Fold can multi-task with up to 3 apps at a time.

The Galaxy Fold will arrive April 26 at a starting price of $1,980. AT&T and T-Mobile plan to sell it in the US. Available colors include Space Silver, Cosmos Black, Martian Green and Astro Blue. 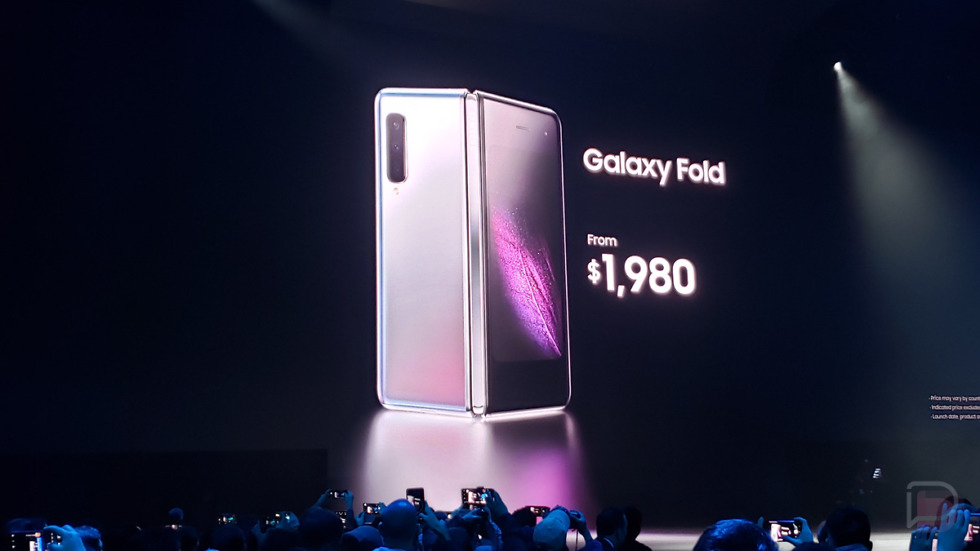 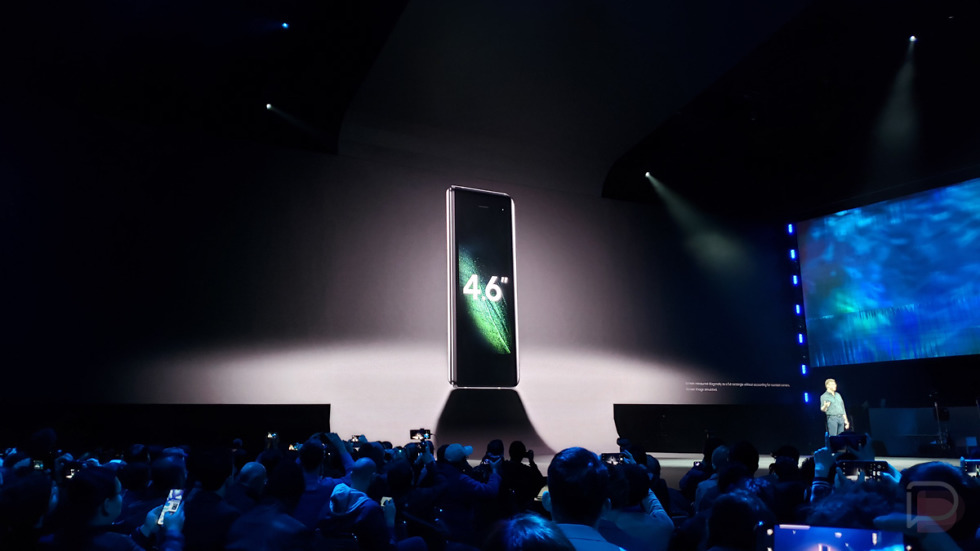 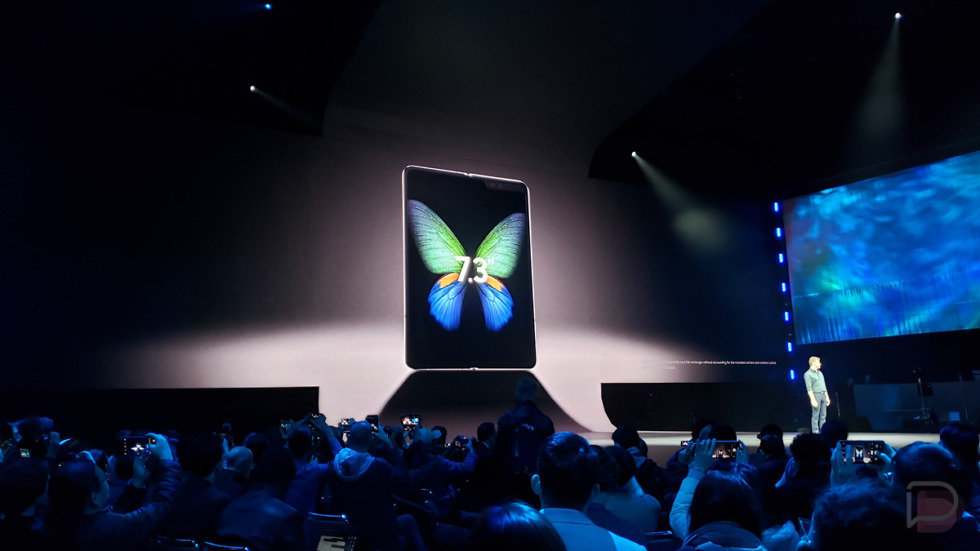 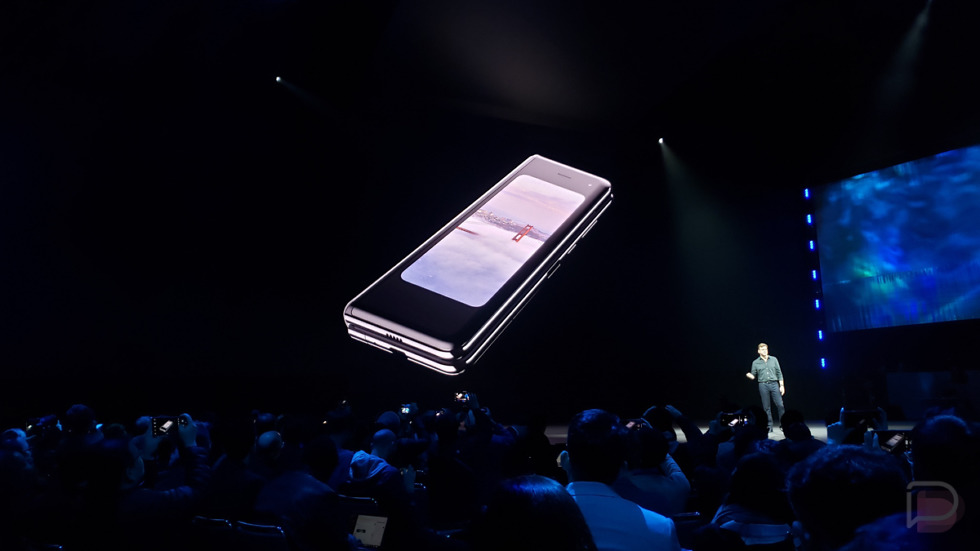 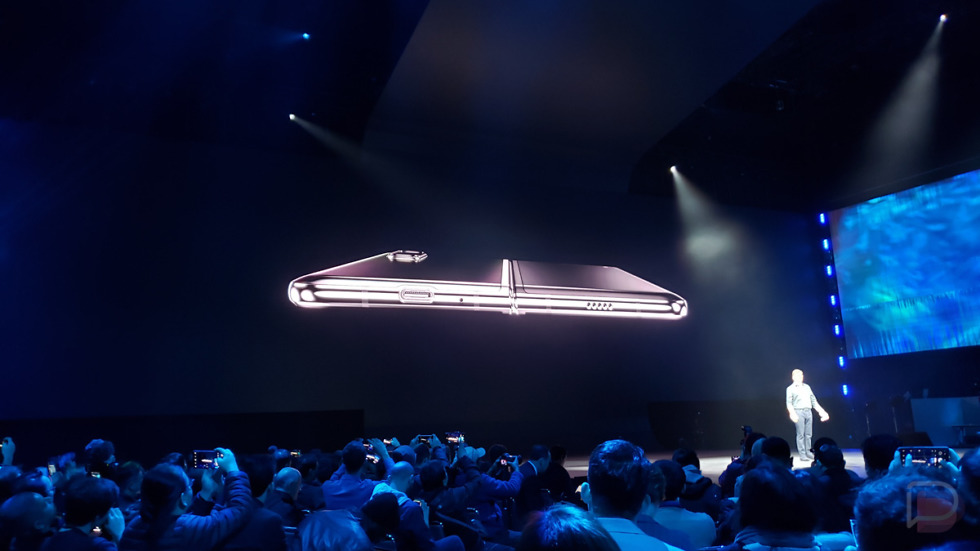 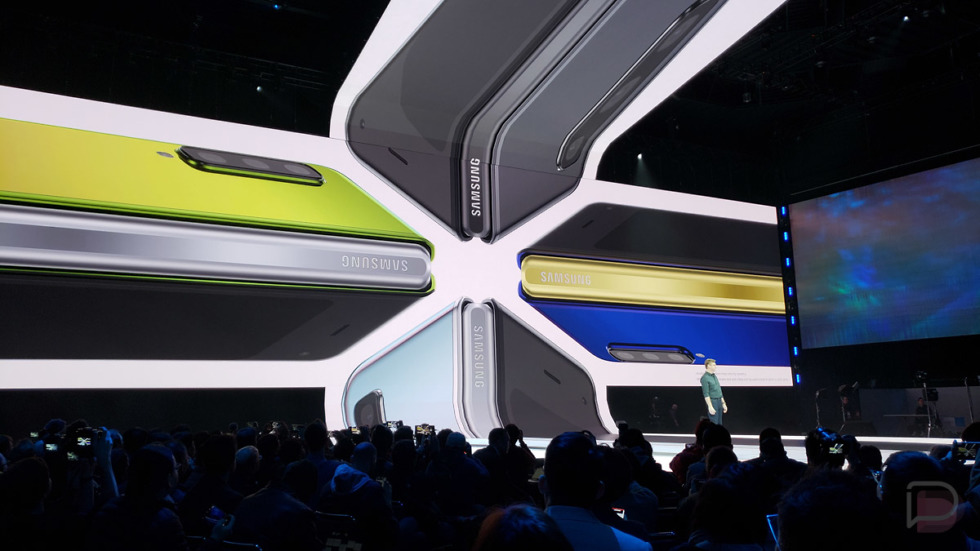 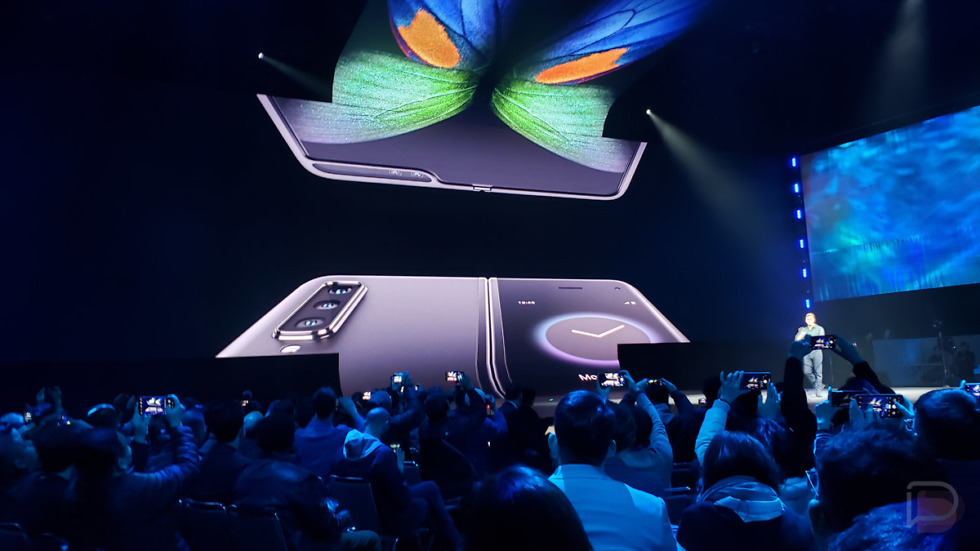 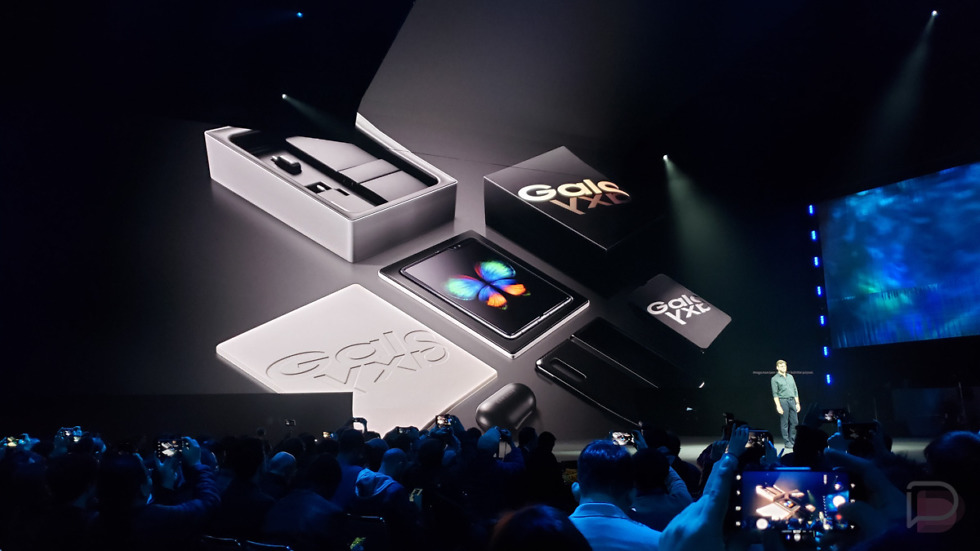