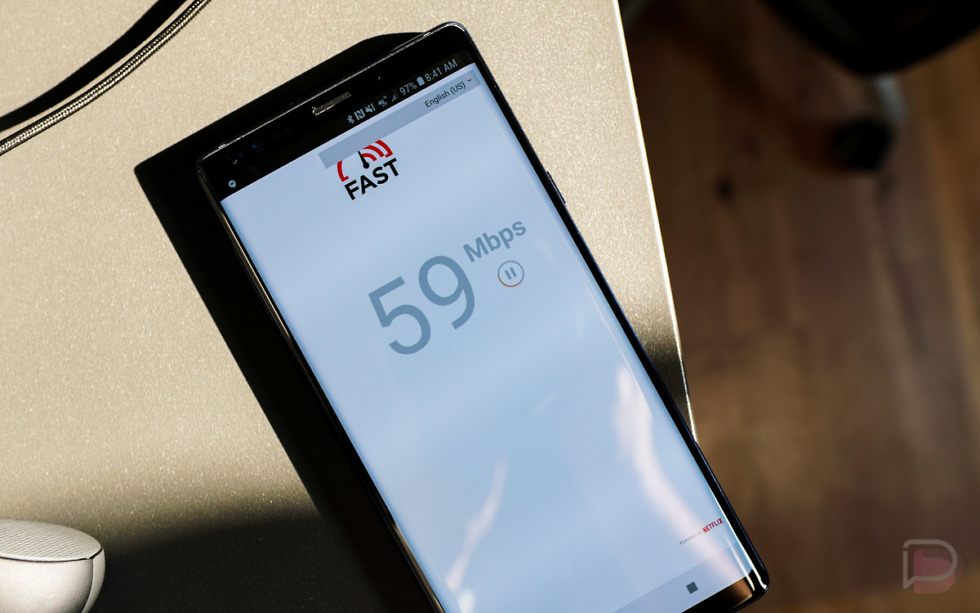 I’d imagine that a few of you have seen the big Verizon story this week, the one where they throttled the data connection of a fire department who was fighting California wildfires? If not, we should catch you up on it because it’s a heck of a topic.

The story, which was first reported by Ars Technica, goes something like this. The Santa Clara County Fire Department was subscribed to a Verizon “unlimited” data plan that was used in one of their emergency response vehicles to distribute internet as they fought fires. In July, because of the heavy data usage, they hit a 25GB cap on high-speed data on their plan and were throttled to slow speeds around 30kbps.

When Santa Clara County Fire contacted Verizon after realizing they were being throttled and their ability to provide emergency services was being significantly impacted, Verizon offered them a more expensive plan to stop the throttling. The initial offer raised their monthly plan price from $37.99 to $39.99 per month, but a later suggestion more than doubled the cost to $99.99 per month.

While the Santa Clara County Fire worked to get an approval to upgrade the plan, their fire fighters were forced to use their own devices’ internet, as well as other emergency services’ internet connections to continue doing their jobs.

This was apparently not the first time that they’ve encountered throttling like this. The same fire department ran into issues in December of last year and June of this year. After an IT executive worked with Verizon, they were under the impression that they had figured out some way to get on a “truly” unlimited data plan, yet it’s obvious now that that never happened.

It’s also worth pointing out that Verizon has been adamant for years that they only throttle when users over their unlimited cap are on a congested site and that speeds return to normal when they aren’t. Except the problem here is that this fire department account was throttled at all times, no matter where they were, once they topped 25GB of usage.

Verizon, in response to Ars‘ article, said the following:

We made a mistake in how we communicated with our customer about the terms of its plan. Like all customers, fire departments choose service plans that are best for them. This customer purchased a government contract plan for a high-speed wireless data allotment at a set monthly cost. Under this plan, users get an unlimited amount of data but speeds are reduced when they exceed their allotment until the next billing cycle. Regardless of the plan emergency responders choose, we have a practice to remove data speed restrictions when contacted in emergency situations. We have done that many times, including for emergency personnel responding to these tragic fires. In this situation, we should have lifted the speed restriction when our customer reached out to us. This was a customer support mistake. We are reviewing the situation and will fix any issues going forward.

The article surfaced as a part of a lawsuit from government agencies who are looking to overturn the recent repeal of net neutrality. I’m not sure this is a net neutrality issue, but it does point out one particular thing – these fake unlimited plans from carriers are a pretty bad thing.

As Verizon noted above, this shouldn’t have happened. They are supposed to have measures in place that allow them to remove data throttle caps when emergency responders need data in emergency situations. But here’s the thing – it didn’t just happen this once. This particular fire department has been throttled a couple of times now, and not just temporarily, according to their account.

And I get that Verizon will do whatever they can to fix that, since this is now public information and making headlines. It’s also likely that Santa Clara County Fire is going to have to upgrade their plan to something that won’t be throttled as quickly. But I’d also argue that this just proves how stupid and potentially dangerous this whole new wave of “unlimited” plan structuring is. I’ve already argued that “unlimited” is the most meaningless word in wireless, yet this ups the seriousness of the way these plans are sold.

Think about this. If a fire department fighting life-threatening wildfires is running into data throttling issues and can’t get Verizon to remove that cap during times of an emergency other than by getting an approval from a supervisor who needs to contact Big Red’s billing department, how do you think it’ll go if you need help in an emergency? What if you are a heavy data user who hits the throttle cap, finds yourself in an emergency situation, and needs more data? Will it be easy to make that happen for you, as an individual, without a government or business account?

But the basic idea here is also beyond frustrating. Here we have a fire department risking their lives to fight fires. The last thing they should ever have to deal with is their wireless data provider nickel-and-diming them over how much data they use in a month. They have much more important sh*t to do than try and figure out which Verizon plan might be best for their usage, a plan that is sold to them as “unlimited” yet is clearly not even close to being unlimited. Because again, nothing is unlimited anymore. All of these new “unlimited” plans have limits upon limits upon limits.

You shouldn’t have to choose between three unlimited plans, none of which are actually unlimited. Unlimited should mean no limits. It should mean that you can use your data plan as you see fit. It shouldn’t mean that you have to worry about reaching a cap, that your plan may be dropped to a 2G or 3G connection at times of congestion, or that you have to question whether or not you are really in a congested area.