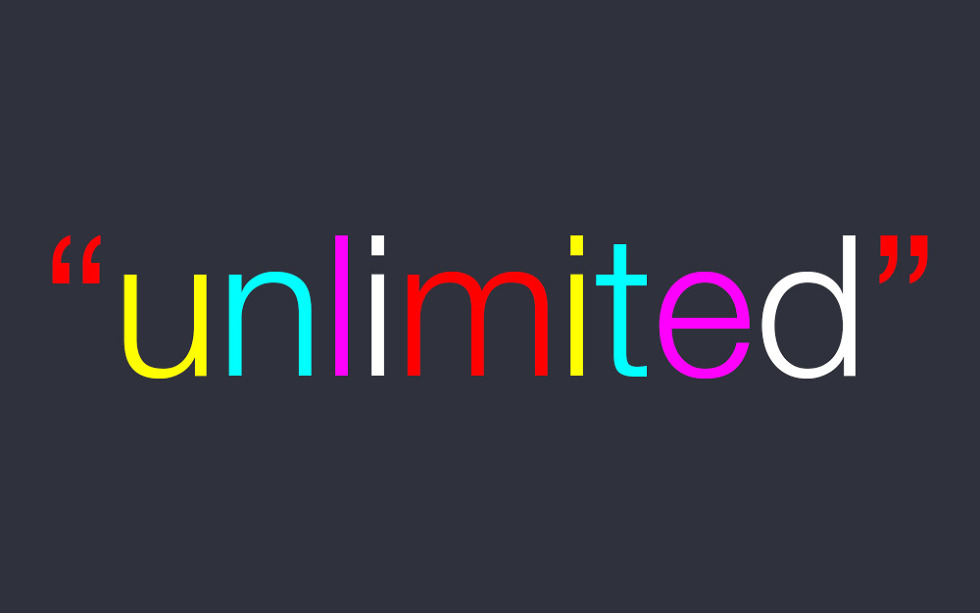 Today’s early morning announcement from Verizon is one of the most hilariously absurd I’ve seen in some time because it perfectly encapsulates the situation the US wireless industry is currently in. And maybe it’s been this way for a while, but the ridiculousness of adding on a third “unlimited” plan has pushed things to a level that needs to be mocked. There really is nothing more meaningless in the US wireless industry than the word “unlimited.”

There was a time where unlimited actually meant unlimited. Sure, it started way back in the 3G days and migrated over for some to 4G LTE, but it was a real thing for a while. Of course, Verizon has pulled every trick in the book to eliminate those grandfathered plans that saw users gobbling up hundreds of gigabytes of data. They even suckered me off it last year.

Now, though, unlimited means limited unlimited. There is no such thing as an unlimited plan from Verizon or AT&T or T-Mobile or Sprint. All of them have limits – none of them are truly unlimited. Most aren’t even close to being unlimited in anything except texting and calling.

Look at this ridiculous line-up of plans from Verizon, all of which are called “unlimited”: 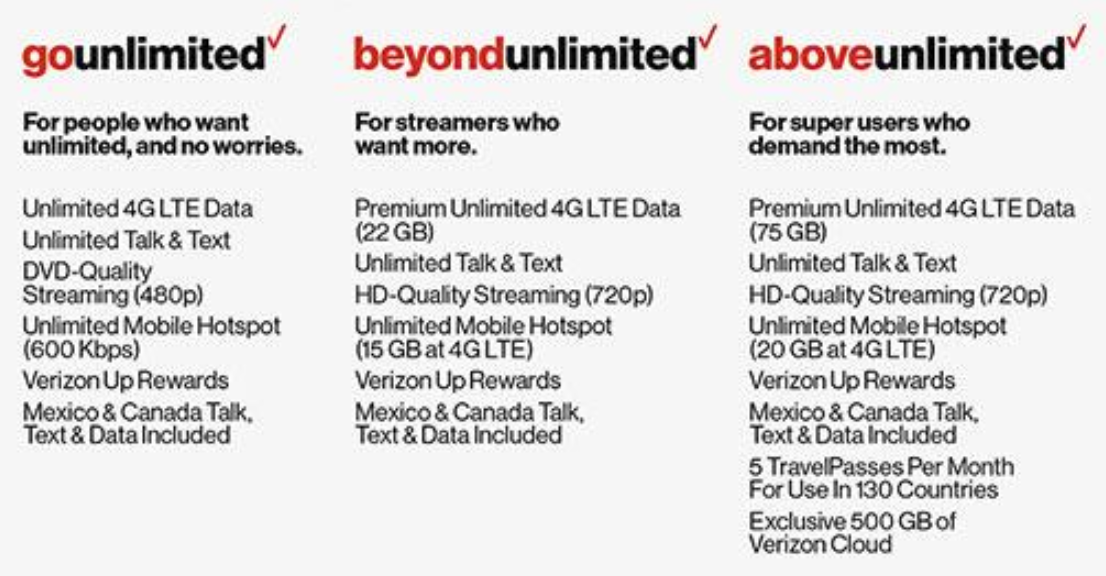 The first option, called Go Unlimited, falls under Verizon’s idea of  “unlimited,” but that means a limit on speeds if you are in a congested area, a limit on video stream quality (only 480p), and a limit on hotspot data speeds.

The next option, called Beyond Unlimited, gives you “premium” unlimited 4G LTE data, which really just means that you have a 22GB cap before Verizon has the option to limit your speeds. It also comes equipped with limited video streaming (up to 720p), and a limit on 4G LTE hotspot data speeds before being limited further by slower speeds.

The final and newest “unlimited” plan from Verizon is called Above Unlimited. You would think that this new, top tier plan would ditch the limits, but they are also there in various spots. For one, you have a limit on that “premium” unlimited 4G LTE data, only this time you get the good speeds up to 75GB worth. You are still throttled in video (to 720p) and hotspot, only this time you get up to 20GB of 4G LTE hotspot data.

The only unlimited piece of any of these plans is technically in the data department, where Verizon will let you use all of the data you can consume, only it might come at slow enough speeds that you’ll pull your hair out.

And not to pick on Verizon, it’s just that they are the newest to announce a related plan. But AT&T and T-Mobile and Sprint all do the same stuff.

AT&T has two “unlimited” plans that are almost identical to Verizon’s before today’s 3rd option was added on. They limit you in speed, the amount of 4G LTE data you get, and the quality of your video streams. T-Mobile at least waits to throttle you at 50GB worth of 4G LTE data, but they still do. They also throttle video quality. Sprint appears to hold the power to limit your speeds whenever, plus they throttle video, gaming, and music streaming.

As you can see, there is no such thing as true unlimited anything in the US wireless industry. We’re basically back to tiered data, only the tiers have been increased to 22GB, 50GB, and 75GB depending on the carrier. But even with those bigger buckets of data, the limits on video, hotspot, and other services are nowhere close to being “unlimited.”

The next time Verizon, AT&T, T-Mobile, or Sprint tell you something is unlimited, make sure to ask what the limits are.