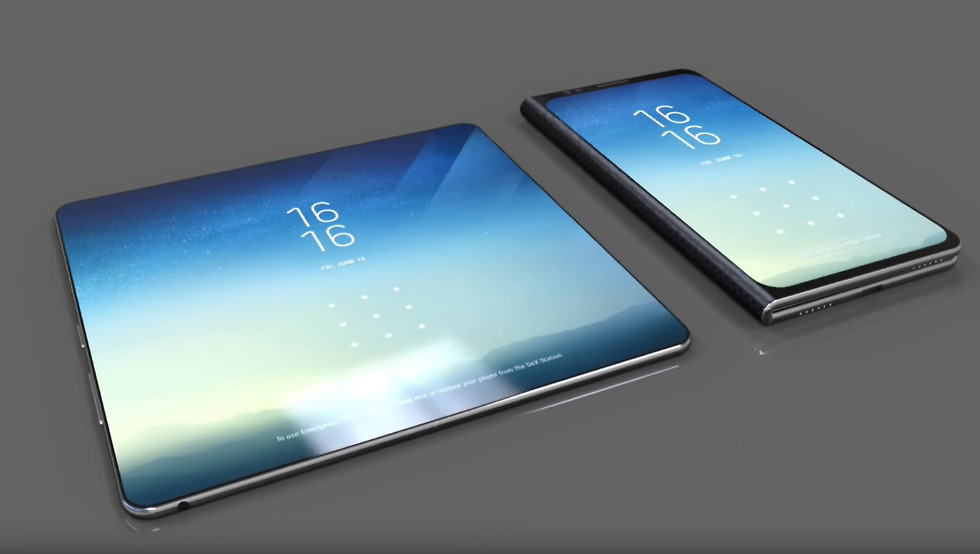 Back in January, we learned directly from Samsung that it had something special in the pipeline for later this year. They didn’t mention a name like Galaxy X or anything too telling, but the company did specify that they have display panels that are foldable on the horizon and they’ll be used this year. This week, a report has made its way out of Korea citing industry sources who claim the Galaxy X will launch early next year, priced at somewhere around 2 million South Korean won, which converts to $1800 US.

According to the report, Samsung’s list of subcontractors and parts affiliates will begin to provide Samsung with the necessary hardware for assembling the device beginning in the very later part of this year, with retail launch expected in the early part of 2019.

As for what we can expect from this Galaxy X device, there has been no shortage of artist concept renders showing off a foldable phone. Except for those images, we don’t really know exactly what we’ll see, but the reported 7.2″ OLED display seems to be a common denominator between all of the previous reports and the latest.

For the $1800 price tag, it’s too early to tell if Samsung will actually attempt to sell it for that much. It’s hard to picture any smartphone going for that much these days, even if it has some magical folding display.

Is your credit card ready for the Galaxy X?