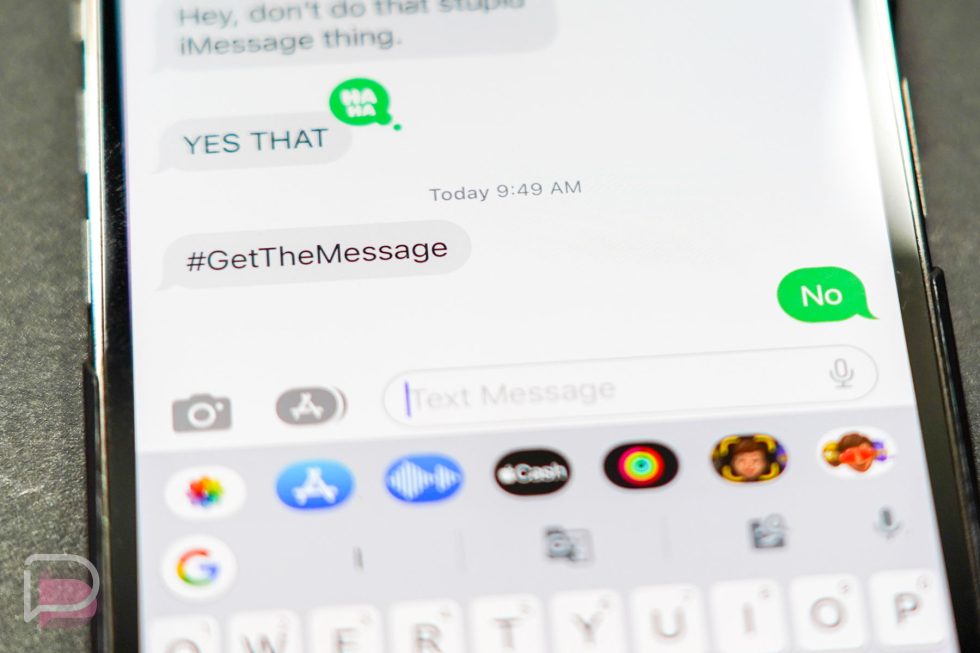 Google’s latest move to try and convince Apple that it should add RCS to iMessage is through a campaign centered around the hashtag #GetTheMessage that went live today. Through YouTube, social channels, and on a dedicated page on the Android site, Google is putting all of the blame for poor Android-to-iPhone messaging experiences on Apple.

In the Tweet below with this “Get The Message” idea, we get an explanation about how Apple could fix the blue vs. green bubble nonsense that people use to bully others. It also describes Apple’s use of the ancient SMS protocol that iMessage defaults Android messages to when sent to an iPhone, that encryption could be here for everyone, and that there are all sorts of other modern features both Android and iOS users could enjoy together, again, if Apple were to adopt RCS.

Texting a friend with a different phone than you should be no problem… Right? @Apple? #GetTheMessage pic.twitter.com/Qa1TDkmUSK

By now, you all know about RCS because you read Droid Life, an Android focused site. You know that RCS is the replacement for SMS on Android phones and that it allows for bigger and better group chats, WiFi sending/receiving, read receipts and typing indicators, and higher resolution media. It’s also getting started with encryption by securing messages between individuals and will soon do group chats as well. These are many of the features you see already in iMessage between iPhones, which Google points out.

On a dedicated Android.com page for “GetTheMessage,” Google talks about all of this and more. They explain that “There’s a clear solution” for all of this to be there for both Android and iPhones and that Apple is breaking text messaging on purpose by continuing to allow this outdated tech.

Of course, Google has only recently pushed RCS and Apple created many of RCS’ features long ago. It’s really Google and Android who are playing catch-up after countless failures in messaging. It’s actually quite rich that Google is putting the blame for frustrations in messaging on Apple when it tells its users to use a new messaging client every couple of years.

Anyways, it would be great if Apple would adopt RCS because it would make everyone’s messaging better, especially between Android and iPhones. I’m not sure Apple cares that much and has openly admitted to using iMessage as a way to lock people into their ecosystem.