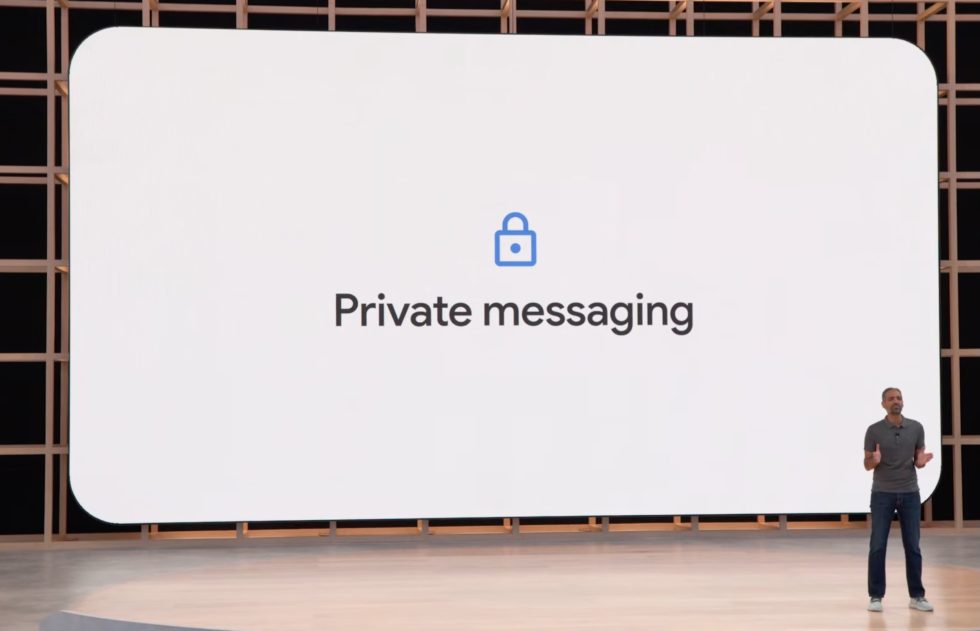 As a part of the Google I/O keynote, Google talked a bit about its Messages app and how many people are using RCS through it, before pitching (once again) to Apple that it should think about implementing the messaging technology, without naming them. What they didn’t mention on stage was that they plan to further expand on Google Messages and its encryption efforts within RCS.

In a little note sent to press, Google confirmed that Google Messages will get end-to-end encryption for group messages “later this year.”

This is welcomed news, since Google Messages currently only does end-to-end encryption in single, person-to-person chats. It has done this for well over a year now, and we were starting to wonder what the hold-up was on group chats. While we are still going to have to wait for group encryption, at least we know it is coming.

Encryption for group chats will first arrive in Google Messages via beta. If you haven’t signed-up for Messages beta yet, you might as well – it always gets new features first. You can sign-up for it here.