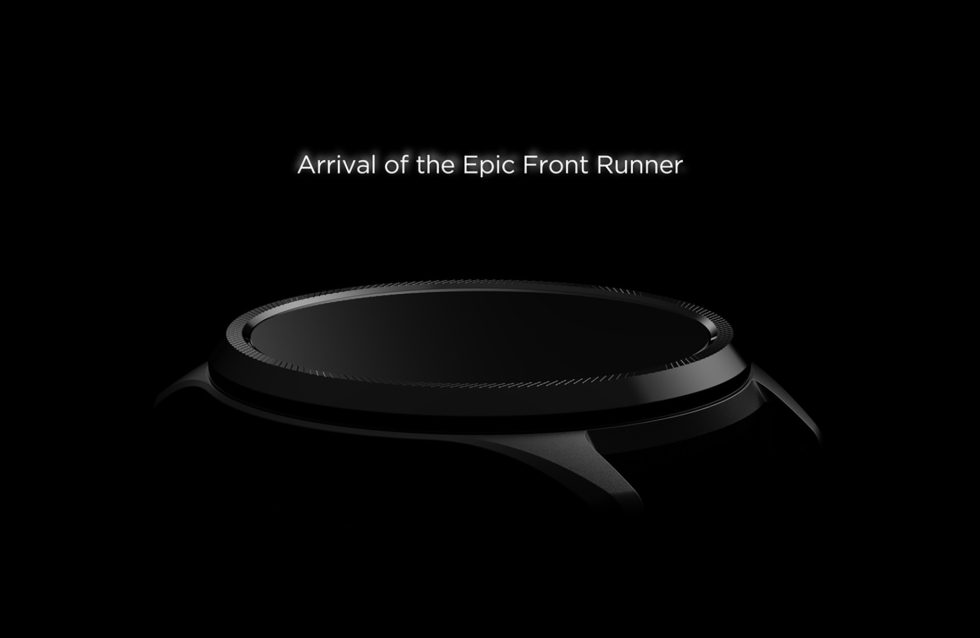 After a brief mention of Mobvoi’s upcoming TicWatch that will be the first to run the new Snapdragon W5+ from Qualcomm, the watchmaker has now revealed a first teaser image of it. Spoiler alert: It looks like a TicWatch.

The above image shows off a shadowy, minimal view of the still-to-be-named TicWatch, without the strap, display on, or list of specs. It does suggest that this will be the “Arrival of the Epic Front Runner.” Subtle.

In a press release that mostly talks about the history of Mobvoi working with Qualcomm, they described the new TicWatch as follows:

The next-gen TicWatch will include the latest version, the Snapdragon W5+ platform, offering enhanced battery life on a single charge, which will make it the most powerful smartwatch in the series to date. In addition, the Snapdragon W5+ platform’s powerful applications processor and ultralow power co-processor will enable Mobvoi to deliver a smartwatch with ultra-fast performance and connectivity.

So again, this isn’t a big reveal, only a second conversation confirming that this runs a W5+ and will take advantage of all the advancements it brings. The big takeaway is that image above, because it at least shows us the styling of the watch. To me, it looks a lot like the TicWatch Pro 3 Ultra, only without the second markers inside of the bezel. It’s sporty and masculine, with a modern edge. It could be nice, assuming the size comes down some from the Pro 3 Ultra.

Has the Snapdragon W5+ got you interested in watches like this or is it Pixel Watch or bust at this point?