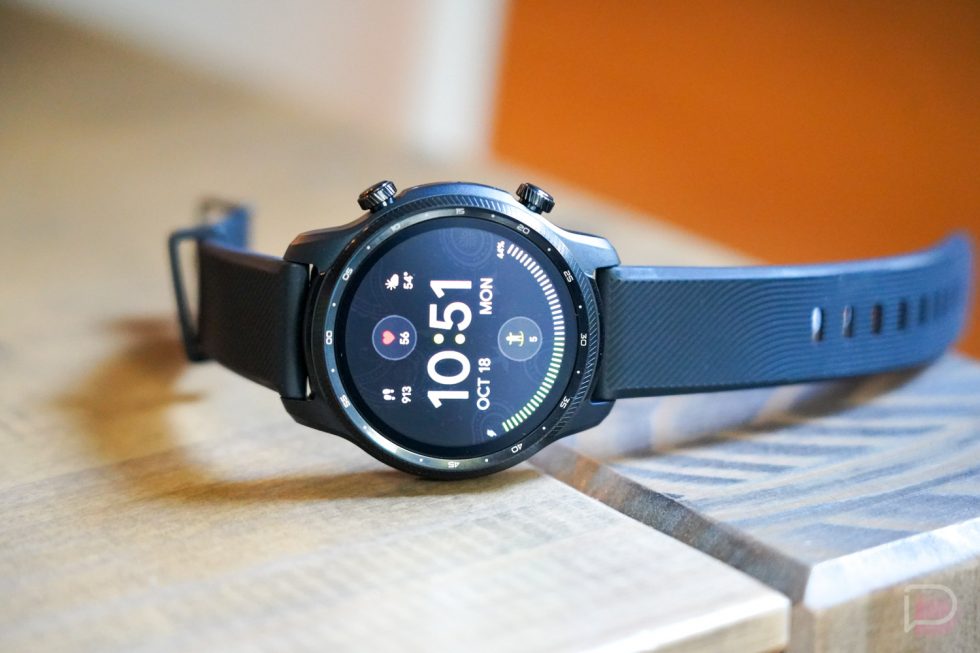 The new Snapdragon W5+ chip from Qualcomm can only be a big deal if smartwatch makers decide it’s worth using. Most passed (or hesitated) on the previous chip from Qualcomm, so there’s no guarantee that this new (and impressive on paper) W5+ will be a success. For now, the typical players are putting their support behind it, while Qualcomm promises many more are in the works.

The first Snapdragon W5+ Wear OS watch will be made by Mobvoi. That shouldn’t surprise you, since they also made the first Wear 4100 watch, the TicWatch Pro 3. Mobvoi is one of Qualcomm’s longest running partners and has basically used everything Qualcomm creates for wearables.

Few details were released about this upcoming Mobvoi watch, but we were told to expect it in the fall of this year. In a quote provided as a part of the W5+ launch, Mobvoi’s CEO added that they will utilize this new platform to offer “differentiated features” as a selling point:

“Mobvoi has collaborated with Qualcomm Technologies over the last few years to launch a series of TicWatch smartwatches based on the Snapdragon Wear platforms,” said Zhifei Li, CEO, Mobvoi. “Our team is excited about the differentiated features in the new Snapdragon W5+ Wearable Platform and has been working closely with the Qualcomm Technologies’ team to bring these innovations to life in our next gen TicWatch flagship smartwatch. We are eager to launch our latest offering this Fall and are thrilled to be the first smartwatches based on the Snapdragon W5+ Gen1 Wearable Platform.”

The “fall” isn’t that far away, so don’t be too disappointed by that timeframe. For all we know, Mobvoi could have their next watch primed and ready to go within a couple of months. As an example, the Wear 4100 chip was announced in June of 2020 and we had the TicWatch Pro 3 on wrist in September.

If I were a betting man, I’d put money on this new watch being the TicWatch Pro 4 and that it’ll once again use the dual display system that Mobvoi finds useful. This new Snapdragon W5+ supports the ability to run RTOS alongside Wear OS, and the dual display setup from Mobvoi sure looks like a prime candidate to take advantage of that.

Not a fan of Mobvoi watches and would rather buy something else? Qualcomm insists that there are 25 designs in the pipeline from other companies who are eager to adopt the W5/W5+ chip.

As we learn more, we’ll be sure to keep you updated.