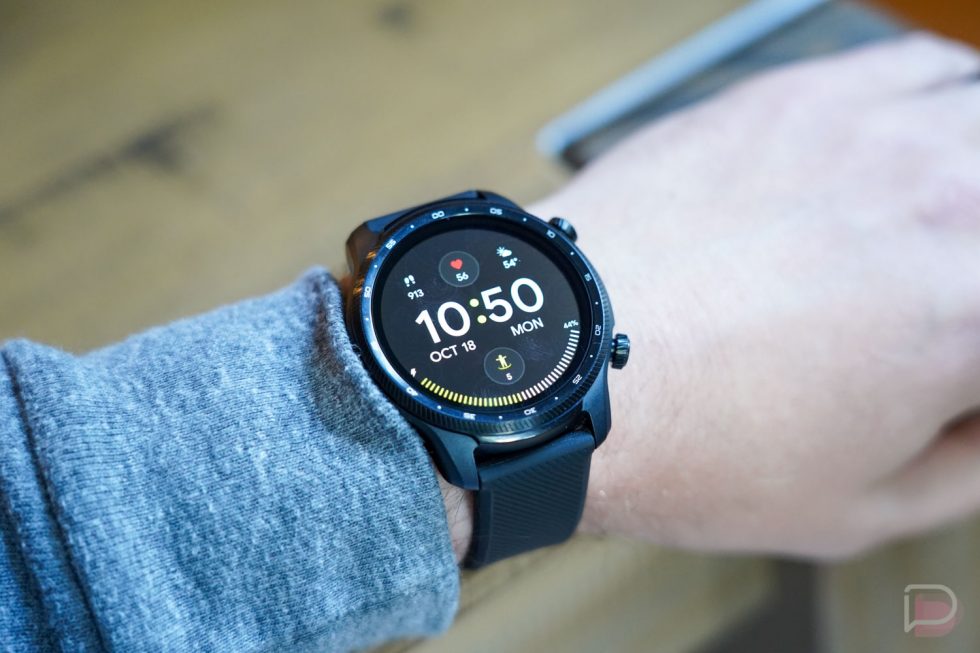 The world of Wear OS is in such an awkward state, all because of Samsung’s Galaxy Watch 4 and the fact that it’s the only watch line allowed to run Wear OS 3. Google gave Samsung an exclusive on it (at least we’re going with that until they say otherwise), which means that all other watchmakers who want to release watches over the next year can only do so with the older Wear OS 2.

That has left us with launches like the Fossil Gen 6 and now the Mobvoi TicWatch Pro 3 Ultra, both of which are fully capable watches that would at any other time be the talk of the town, yet are only talked about with an asterisk because of their older software. It’s unfortunate, because this new TicWatch is quite good and should probably be on your shortlist of watches to consider. Will it be?

Let’s talk about that in our TicWatch Pro 3 Ultra review. 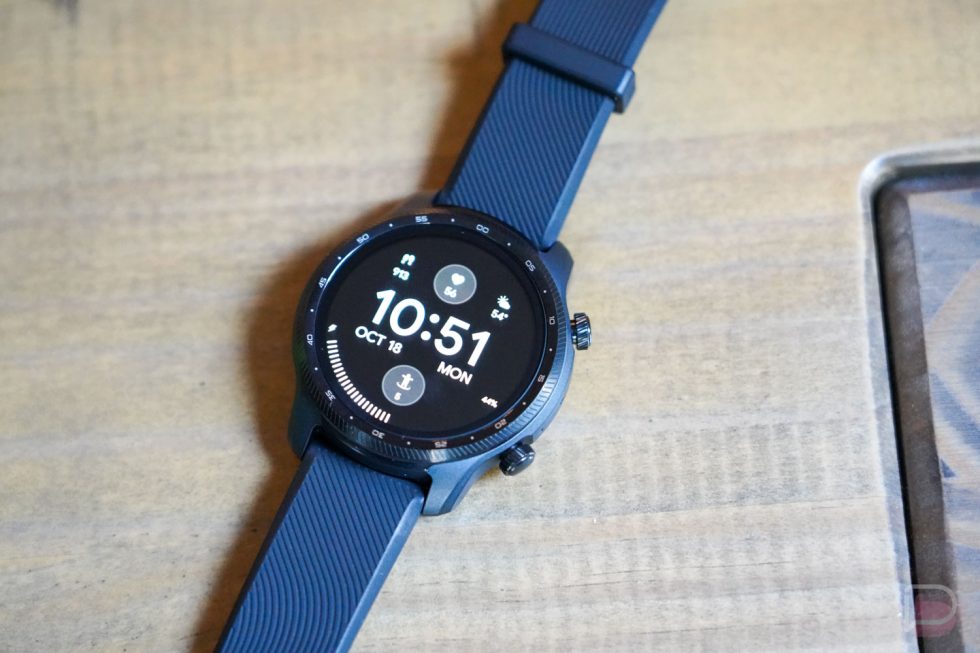 What do I like about the TicWatch Pro 3 Ultra?

Hardware and design. Last year’s TicWatch Pro 3 felt like a “pro” watch and that continues here with the Pro 3 Ultra. Mobvoi put together a case made of stainless steel and “high-strength nylon with fiberglass” to give it toughness and a premium feel. Unlike their recently launched TicWatch E3, which felt quite cheap and gross on the wrist, the Pro 3 Ultra is not going to be mistaken for anything but a high-end smartwatch.

It’s a familiar design, with two pushers and a subtle change to the bezel that help differentiate it from the regular Pro 3. It is large as hell (47mm x 48mm), and won’t fit on smaller wrists, but something about how it sits on my 6 3/4″ wrist doesn’t offend me. I’ve worn the Ultra for 6 days now and while I haven’t ignored the size, it hasn’t bothered me. The weight, at 41g, is on the higher end as well, but again, it’s not so heavy that it’ll impact your mobility or anything.

The pushers have a purposeful click to them without any wiggle or cheapness. There are not rotating crowns or buttons, though, so it does feel a step behind others in that regard. The 22mm included band is quite thick and the holes are spaced out a bit much for that precise fit you might want, but it’s a well-made rubber strap. You could really put this through it all and I’d imagine this band will hold up to some abuse. Of course, you can quick swap it with any other 22mm band you may prefer. I just point out the niceness of it because rarely do we get a quality included band like this one. It’s one of the first in a while I haven’t immediately swapped.

Overall, the TicWatch Pro 3 Ultra looks like a big ass, premium smartwatch that can take on an adventure, yet dress up if you need it to. And yeah, I’ve worn it for workouts and on the daily with normal clothes and it wears just fine. I’d imagine if you are considering it, you understand how big it is and are OK with that.

Specs. Mobvoi swung for the fences with specs on this watch and gave us a large 1.4″ AMOLED + FSTN display (454×454, 326ppi), Snapdragon Wear 4100 chipset with a dual processor system made by Mobvoi, 1GB RAM, 8GB storage, Bluetooth 5.0, WiFi, GPS, NFC, Gorilla Glass, speaker, microphone, barometer, IP68 water and dust resistance, heartrate sensor, SpO2 sensor, and a massive 577mAh battery. I’m not sure they left anything out other than a better/faster charging solution. More on that in a minute. 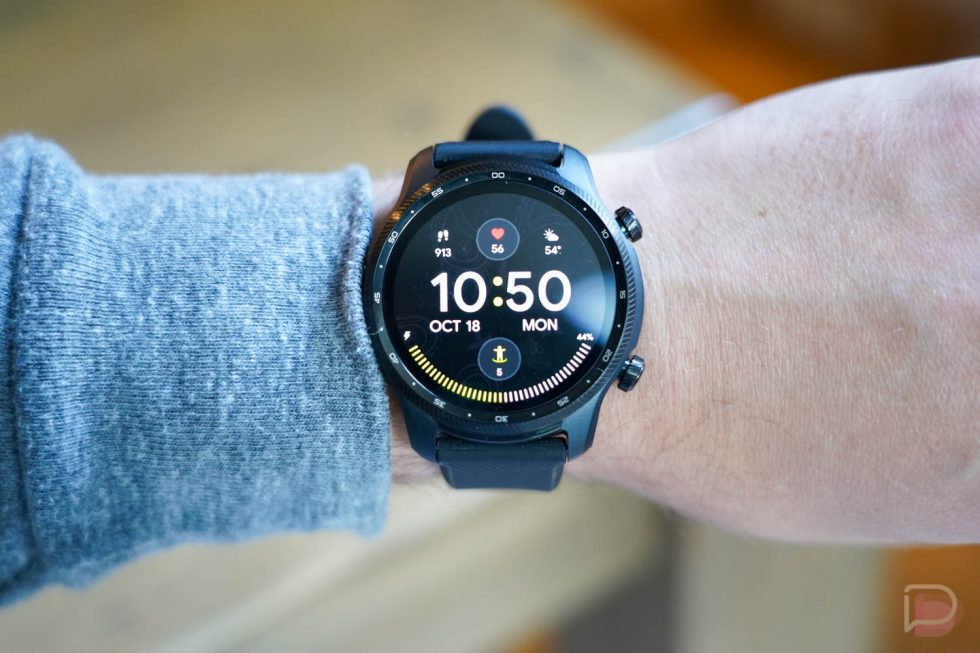 Performance. As I just mentioned above, the TicWatch Pro 3 Ultra runs the Snapdragon Wear 4100 with some sort of Mobvoi-made dual processor system. They haven’t given any details on what that means, but they claim it should improve performance over last year’s Pro 3 (review) by 40% and extend battery life.

I wish they would tell us more, but what I can tell you is that this watch performs solidly. After initial setup, I have zero complaints about opening apps, installing updates, jumping between notifications and ongoing activities, using GPS, activating gestures, etc. This watch is certainly taking advantage of whatever system Mobvoi has cooked up to give an experience that is unlike any previous Wear OS watches from the company.

Again, it’s a 4100, which we know is capable, plus some proprietary thing that (combined with 1GB RAM) are miles ahead of all those old, sh*tty Snapdragon Wear 2100 and 3100 watches. Is it faster or better than the regular Pro 3? Tough to say – I just know that the watch is a pleasure to use.

Battery life. Mobvoi once again tossed a 577mAh battery into a watch and it has once again made me wish everyone would follow their lead. A 577mAh battery is big enough that it’ll get you through two days with pretty heavy use. That’s what I’m seeing and I have not tried to save any battery by limiting settings.

My setup has been with the FSTN off, always-on display on, and all of the health tracking activated, like continuous heartrate monitoring, sleep tracking, SpO2 tracking, and their new mental fatigue/energy level measuring feature. It’s all on, plus I turned off FSTN, because I don’t like it.

Why FSTN off? For those not familiar, the FSTN display on Mobvoi’s Pro watches is this grey, low-powered e-paper-like display that can show you limited amounts of info while really saving on battery life over top of the AMOLED panel. I turn it off because I think it’s ugly, doesn’t give me enough info, and the hand-off from it to the full color display with a wrist gesture or tap isn’t fast enough. With this watch, Mobvoi says they’ve also added the ability for you to  change the color of it from grey to several other options, but I couldn’t find that setting and am completely over it. So that’s FSTN and why I turn it off on all their watches.

Back to battery. I’ve been wearing the Pro 3 Ultra for almost 6 full days and I’ve charged it twice. That’s pretty good! The first charge lasted a full 48 hours (4% battery remaining) and included sleep tracking, always-on display, and an hour of workout tracking. The 2nd charge sat at 22% after 36 hours or so with 30 minutes of workouts, a 60 minute GPS run, sleep tracking, and AOD. The 3rd charge was a little more limited in my wearing, but I did take it on another 60 minute GPS run and wore it to sleep, and it’s at around 50% charge remaining after 24 hours.

If you were to use the FSTN display, turn off a couple of fitness features, and not use the GPS every day, I could see this watch coming close to the suggested 72 hours of use. This battery is so big.

Unfortunately, the charging here is slow because the battery is as large as it is. I plugged it into a computer and then to a power adapter to charge and it took almost 2 hours. It also uses Mobvoi’s annoying little magnetic mini charger that easily pops off with a nudge. Mobvoi might be putting big batteries in their Pro watches, but I’d love to see them improve the charging situation. 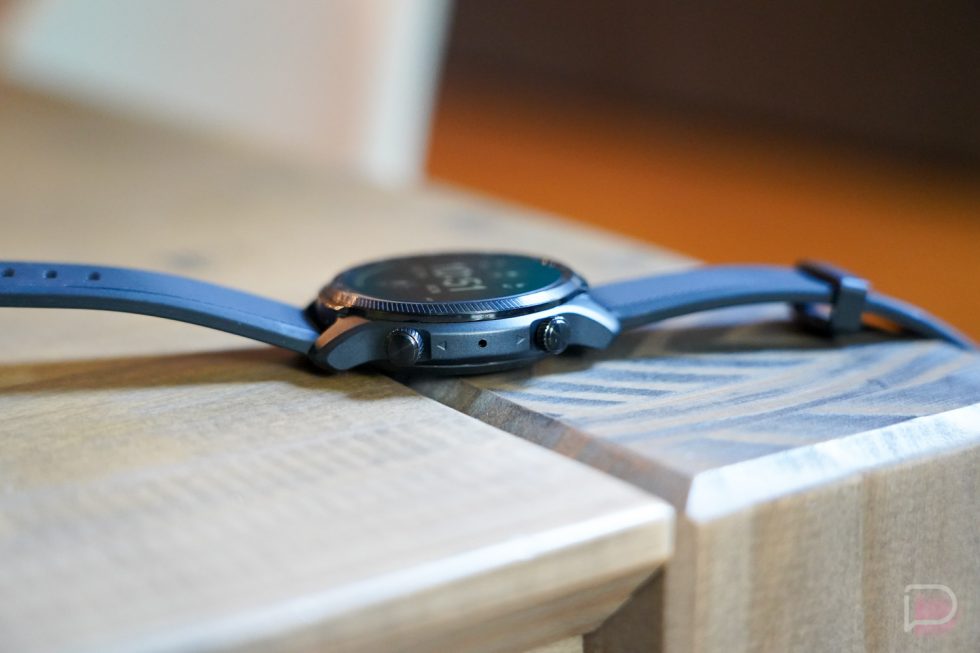 A fitness focus. My understanding is that Mobvoi really wants this watch positioned alongside other adventure watches, like a Garmin Fenix or Polar Grit X, and I guess you could put it there. It (obviously) is more smartwatch than adventure watch, but the toughness and fitness features, as well as long battery life, put it in the conversation.

Mobvoi really wants to be known as a fitness wearable company. They’ve put a lot of work into the Mobvoi app to give you a complete health and fitness profile, they’ve upgraded the sensors that track biometrics, and they’ll track all the workouts. Unlike with the TicWatch E3, I actually gave my fitness life over to Mobvoi for this review and now think it could be a solid platform for most people.

It will fully breakdown your sleep and the stages you were in before giving you a score the following morning. It has GPS, which I found to be mostly accurate, just not quite as precise as those watches I just named above. It’ll track your 24-7 heartrate (it’s much better than the Galaxy Watch 4’s, especially during workouts) and warn you if things look off, keep a running SpO2 score, remind you to move throughout the day, and (now) try to tell you if you are mentally fatigued and how your energy level is.

It really does track everything if you need a wearable that’ll provide a full profile of your fitness. Do I fully trust and believe all of the metrics? I’m still trying to find an answer to that. The problem is that companies like Garmin or Polar or Suunto or Fitbit have years and years of dedication to providing accurate info about your health and I do trust them. They gained it. Mobvoi is still pretty new and they are trying to do so much, that I’m (personally) still feeling them out. That said, I think they offer a complete suite that those looking for a wearable to do it all will find helpful. 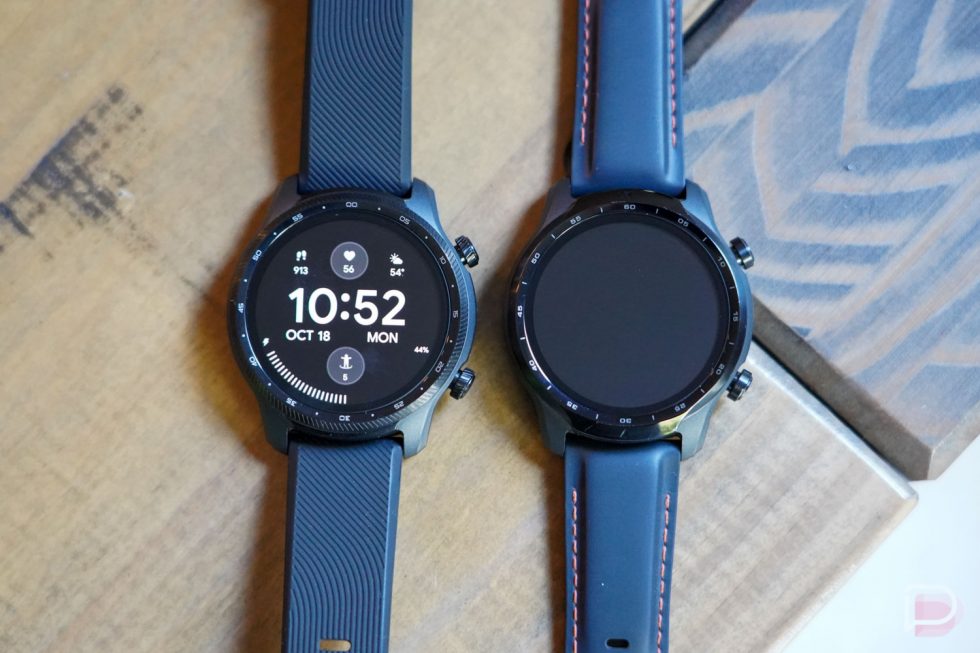 Software situation. I just reviewed the TicWatch E3 and talked about this exact point. I highly encourage you to go read my thoughts there because they are identical to what I’d type here. I promise I’m not being lazy in not wanting to type them out again, but it’s going to be the same story for all Wear OS 2 watches until next year when they can finally get Wear OS 3.

To recap, this TicWatch Pro 3 Ultra runs Wear OS 2. It runs it just fine. The software and performance are great, but we all know that Samsung has watches running Wear OS 3 and that Google and app developers are going to focus their efforts on what’s new. We’ve already seen companies like Strava say they will no longer support Wear OS 2 going forward and are instead putting their development time towards Wear OS 3. That could only get worse over the next year and that’s unfortunate for anyone not interested in a Samsung watch.

The name. The full name is TicWatch Pro 3 Ultra GPS and that’s just silly. Mobvoi should have tossed on Max 5G Plus as well to really round things out. I’m kidding, of course, but the name is still silly, although not in a way that should affect your purchase decision.

Buy or pass on the TicWatch Pro 3 Ultra?

At $299, the TicWatch Pro 3 Ultra is not an in-expensive watch, that’s for sure. However, it ticks almost all of the boxes, even if it is on the bigger side and won’t run Wear OS 3 for some time. It has incredible battery life, all of the fitness tracking you could ask for, and looks quite nice in this updated case design. I’m a big fan and would probably still consider this watch, even over Samsung’s, if I was in the market. It’s a better fitness watch than the Galaxy Watch 4.