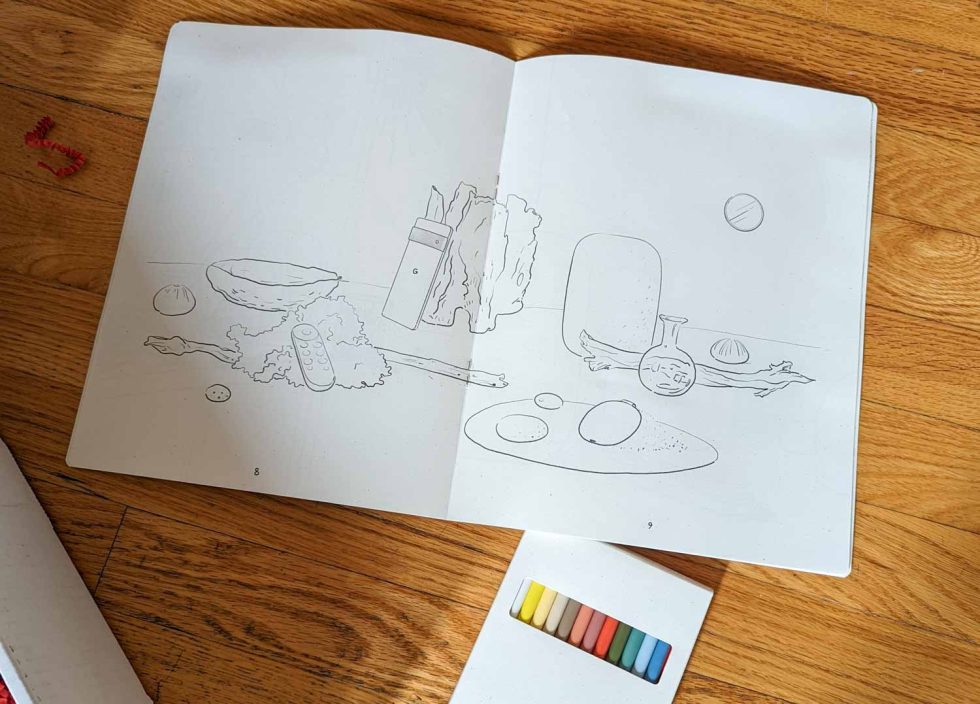 Prior to the launch of the Pixel 6 and Pixel 6 Pro, Google opened up its Pixel Superfans group to more people, giving them the opportunity to join others who happened to be as obsessed with Google’s hardware. The group has sent out a couple of goodies to members since, mostly in sock form. However, this week, select Pixel Superfans were treated to a package that included a Nest Audio and a really cool coloring book.

Inside the coloring book, there is a QR code that launches what appears to be a new colors.withgoogle.com site that lets all of us enjoy a bit of coloring of Google hardware. That coloring book also happens to mention a product that Google has not announced yet, the Pixel 6a.

At the back of the coloring book on page 16, Google lists out “featured products” you would find showcased throughout. On page 6-7, it suggests fans will find both the Nest Thermostat and the Pixel 6a. 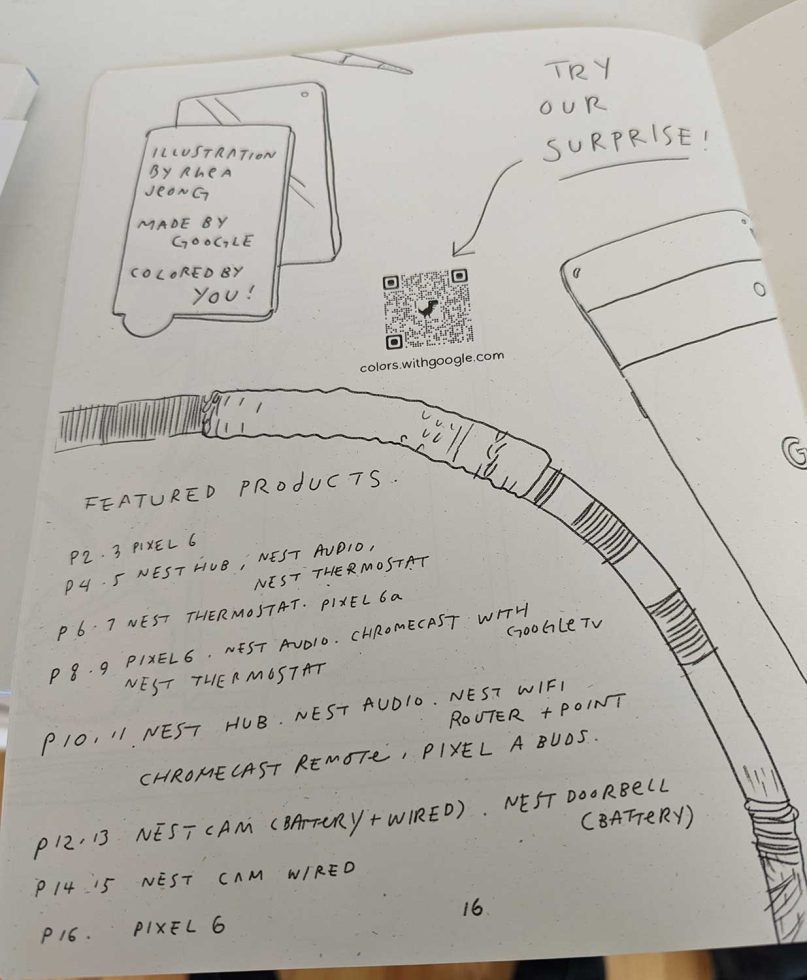 Unfortunately, that mention appears to be a leftover error and the Pixel 6a is not on page 6 or 7. We aren’t sure if Google was planning to announce the Pixel 6a this early or if the coloring book was originally scheduled to ship later, but this seems like a sign of things to come, for sure.

Here are those pages for those who want to see with their own eyes: 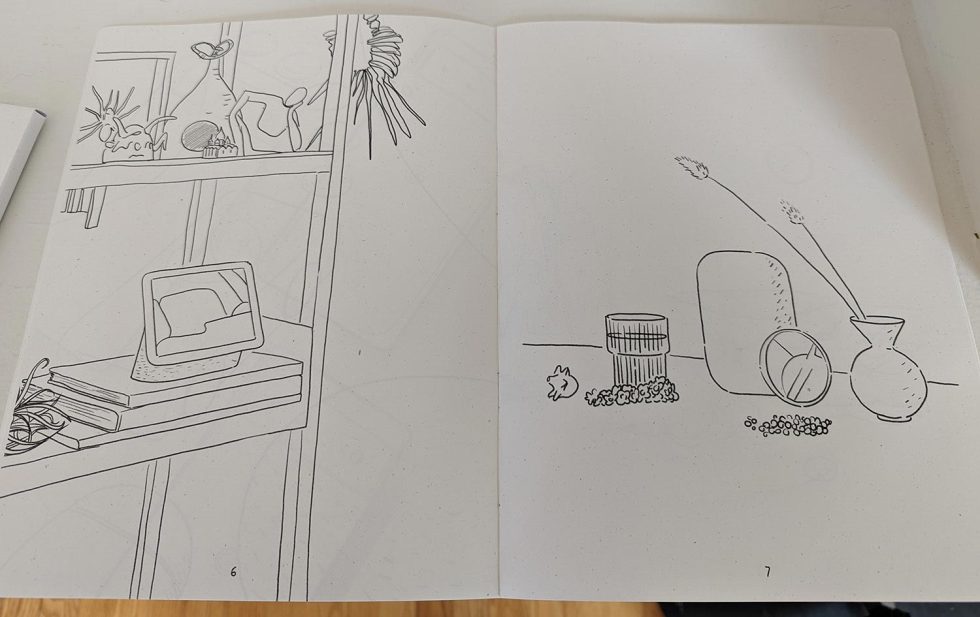 For those who haven’t kept up with the story of the Pixel 6a, here’s a quick recap. We’re pretty sure it will look a lot like the Pixel 6, run Google’s Tensor chip, and potentially arrive in May.

If you’d like to see the rest of the physical coloring book, hit up those comments.