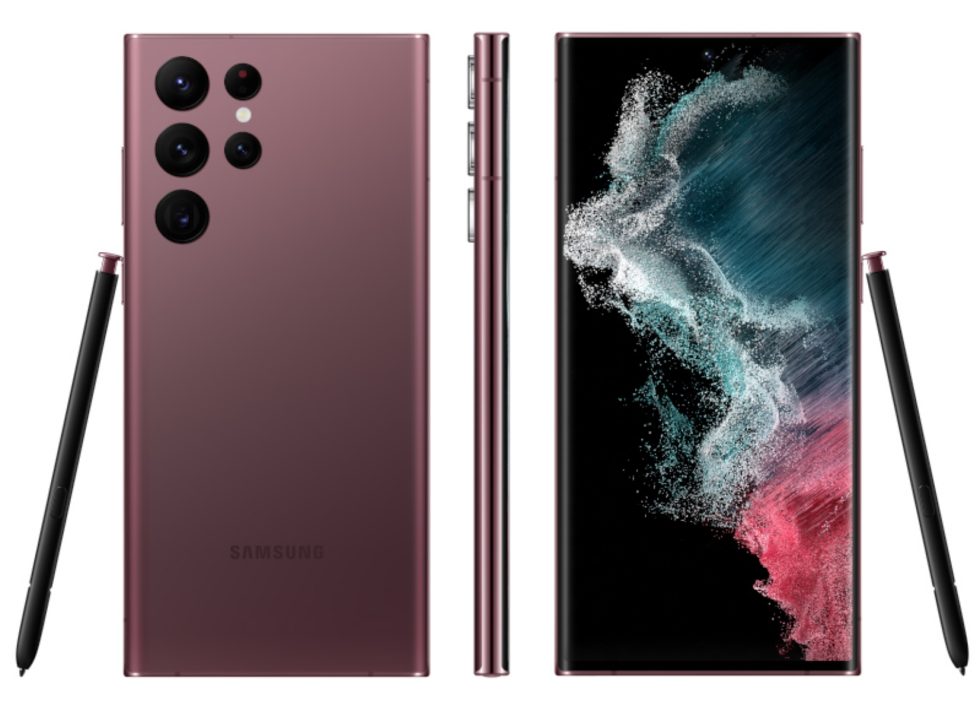 Samsung is likely gearing up to unveil the Galaxy S22 line within the next few weeks, at some point between virtual CES wrapping up and before MWC has a chance to be cancelled again. When they do, they are expected to show off another 3 phones including the Galaxy S22, Galaxy S22+, and the only one of the three that we all truly care about – the Galaxy S22 Ultra. To end the year, we are getting a really clean look at Samsung’s 2022 king phone.

As we have come to expect over the years, @evleaks dropped what appears to be a press render on us through Twitter. The image shows front, back, and side of the Galaxy S22 Ultra in a soft red color that highlights its camera setup. Oh, yeah, that’s also an S Pen leaning up against the device, all but confirming this S Pen will be embedded and not just a weirdly attached accessory like Samsung attempted with last year’s Galaxy S21 Ultra.

Not sure you believe this S Pen will insert like it did on the old Galaxy Note line? Again, we trust the source here and it matches up to that in-the-wild Galaxy S22 Ultra we saw a few weeks back that also had an S Pen. Those old renders that changed a couple of times and were slightly off in the camera housing department also show an S Pen.

There isn’t much else to take from this image, as the details of the S22 Ultra have been steadily pouring in. If anything, it confirms a pretty color and gives us another look at that much cleaner camera setup than we had initially expected. Overall, this looks nice, assuming you are a fan of the Galaxy Note 20 Ultra. The best Galaxy S phone has indeed become a Galaxy Note phone.

You cool with that?