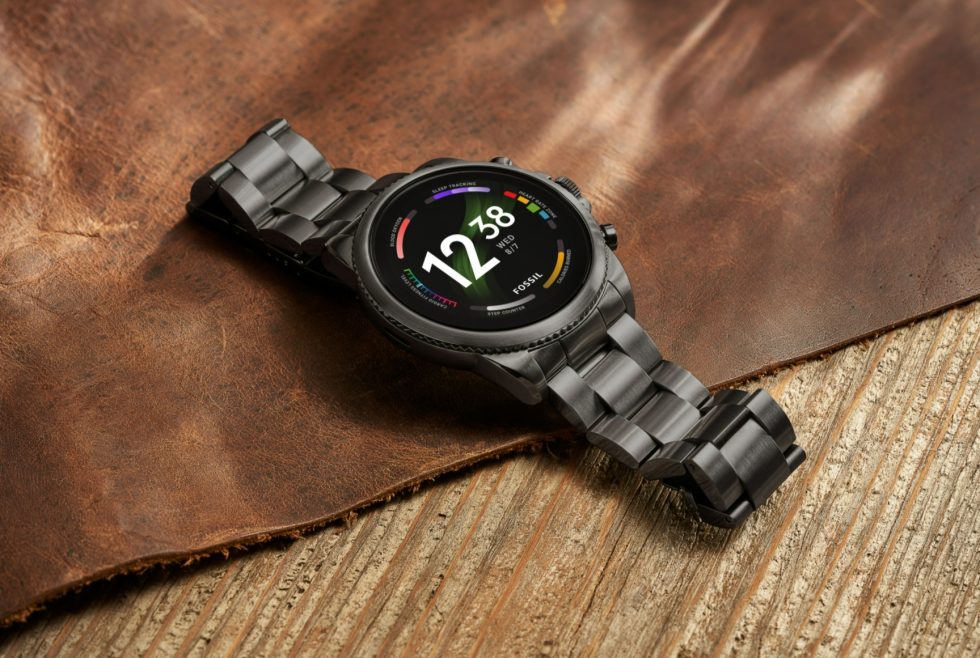 The Fossil Gen 6, a watch we were once convinced would be the best Wear OS watch ever, is now official and it certainly comes close to meeting our expectations. This watch almost has it all, there’s just one thing missing in the software department that folks will have to be patient in waiting for should they buy one.

On a chipset front, the Fossil Gen 6 has the goods. It’s the first Wear OS watch to run the Qualcomm Snapdragon Wear 4100+, the slightly better version of the Wear 4100 that first arrived in watches a year ago. It was introduced alongside the 4100, just no one used it for some reason. The biggest difference, assuming our memory serves us correctly, is that the 4100+ has a special co-processor on board that the regular 4100 does not.

For other specs, we have 1.28″ OLED displays (richer, brighter and with more colors), 44mm and 42mm case sizes, 1GB RAM, 8GB storage, GPS, NFC, Bluetooth 5.0, heartrate and SpO2 tracking, 3ATM water resistance, microphone, speaker, and fast charging. Fossil didn’t tell us exact battery sizes, but they did mention that you can get an 80% charge in 30 minutes using their PIN charger. Take that, Samsung. Battery life should last around 24 hours.

For the 44mm model, you’ll have 22mm bands, while the 42mm model has 18mm bands. Each weighs in at 11.5mm thick, with two pushers and a rotating crown for controls. There are several colors for each, with different bands available in different configurations, some of which you can see below. 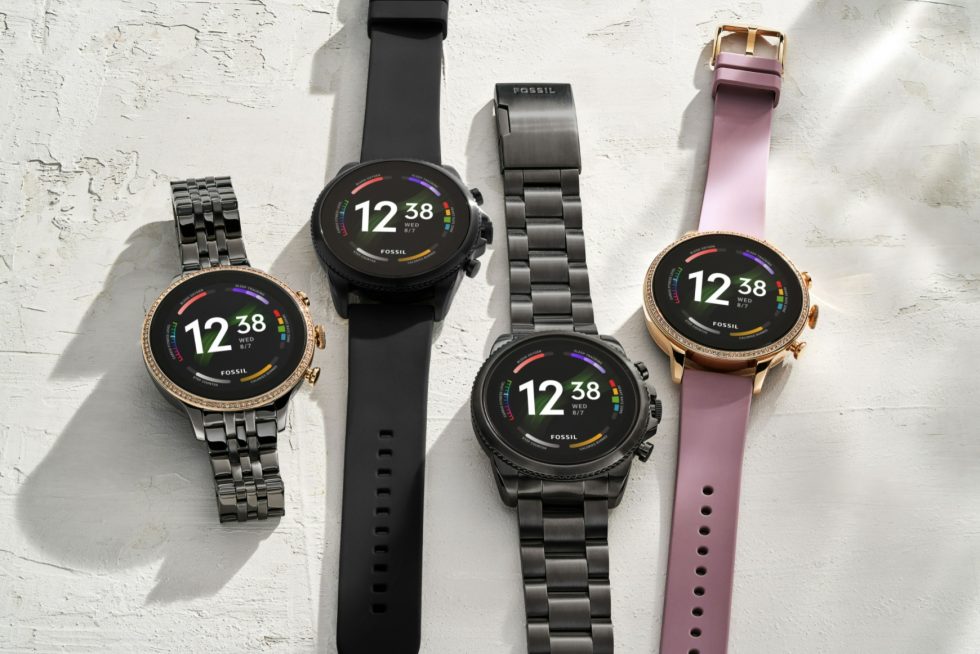 Alright, specs out of the way, let’s talk software. As you know, the Fossil Gen 6 runs Wear OS. Unfortunately, it doesn’t run the new Wear OS 3 that just launched with Samsung’s new Galaxy Watch 4 line and Google already said Fossil and other watchmakers might not be able to have it for a year. Another way to think about that is if you buy a Fossil Gen 6, this really high-end watch, you will be running old software for up to a year. Fossil has fully committed to providing the update, by the way.

Now, Fossil has been pretty good at updating its Wear OS watches in the past, so they are promising additional software goodies outside of the Wear OS 3 update over the next year. Plus, they’ve included their important battery modes on Gen 6, a bunch of health tracking features, sleep tracking, and Google Assistant.

Overall, the Fossil Gen 6 looks like an excellent smartwatch option for those who are fans of Wear OS. Even with the lack of Wear OS 3 for such a long time, the specs and experience we know from Fossil should leave you with a watch that’ll make you happy.

As for pricing, Fossil is going to run into a whole bunch of Samsung competition. The Fossil Gen 6 starts at $299 and goes up to $319. The Galaxy Watch 4 from Samsung starts at $249, in case you forgot.

The Fossil Gen 6 is up for pre-order right now. We weren’t given a launch date. The website says to expect watches around September 27.