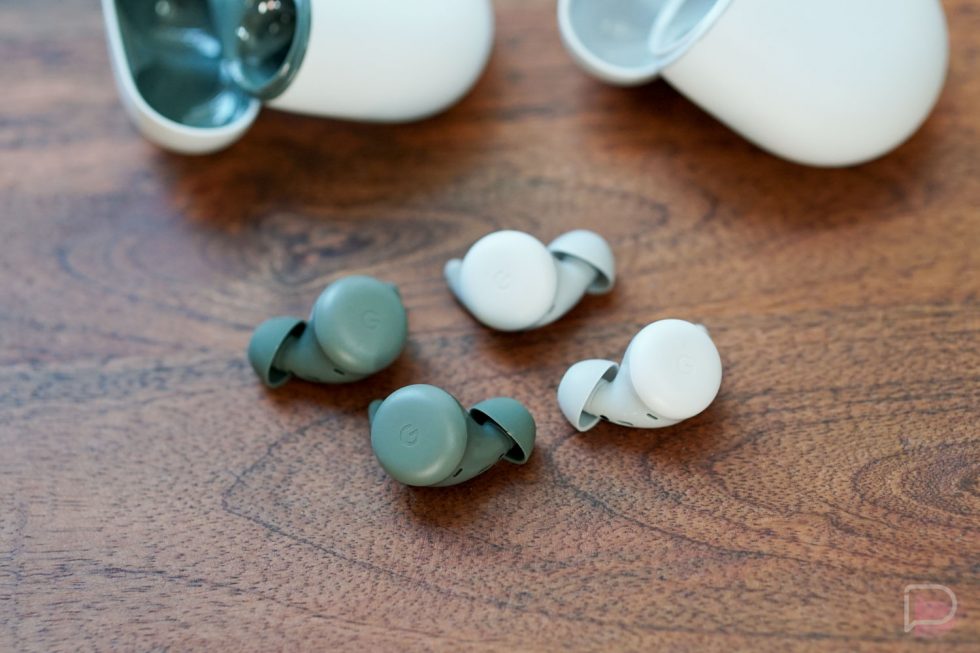 The Pixel Buds (2nd Gen), as good as they sounded on paper and as comfortable as they were in the ear, were a bust for Google. Those first true wireless buds from Google clearly had hardware flaws that couldn’t be fixed with software. The list of complaints for them was long and Google has already killed them off completely a little over a year from their initial introduction.

So with the launch of the Pixel Buds A-Series, we approached them with hesitation while hoping Google had found the issues from the previous model and fixed them. Also, at $99 and with a couple of missing features, getting excited about the A-Series has proven difficult, yet here we are after a few weeks of testing them off and on.

Let’s talk a bit about the Pixel Buds A-Series. 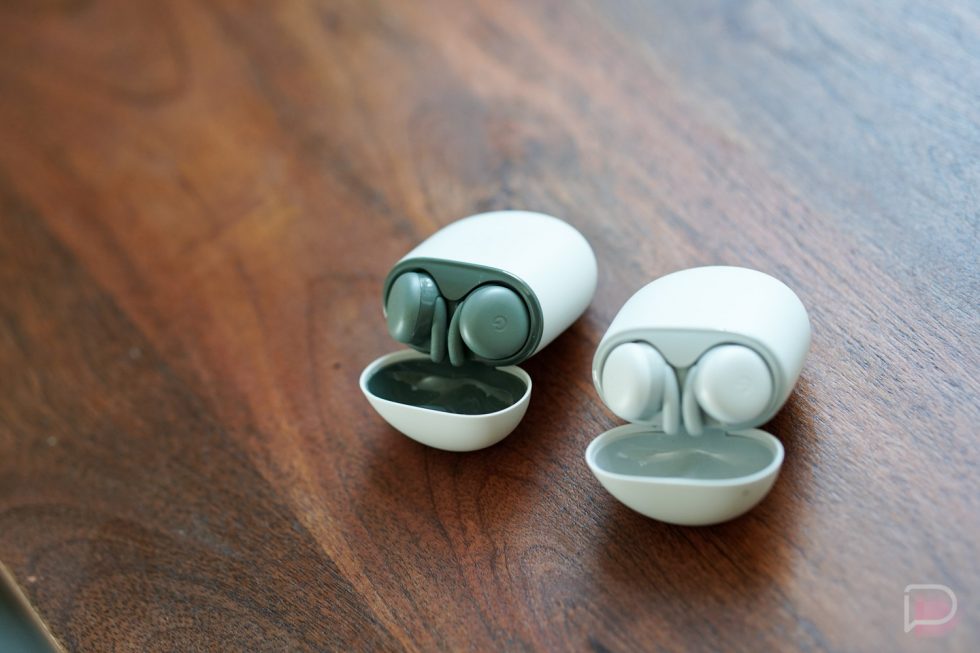 Probably the most impressive part of the Pixel Buds A has been how they sound. Not necessarily because they are the best sounding earbuds on the planet, but instead because they basically match the much-more-expensive Pixel Buds (2nd Gen). At $80 less, that’s pretty remarkable, as it puts them in an audio class they don’t really belong in.

For me, the Pixel Buds A can carry you through a wide range of music types with a very balanced approach to audio. They’ll tease you with enough satisfying soft bass that lingers on J. Cole’s Punchin’ the Clock while bringing you clear vocals and separating unique voices, like Swamp’s true rawness in Don’t Say Goodbye. As I type this, I’m listening to Caamp’s Feels Like Home, and they are doing a remarkable job of highlighting the gradual build-up to the song’s emotional peak. Unfortunately, they couldn’t quite rise to the over-the-top presentation of a song like Lil Wayne’s John or really, the entire Tha Carter IV…lol. They just fall so flat there.

I really do think the Pixel Buds A, as a $99 pair of wireless earbuds, sound quite good for the money. There is a clever balance to them that still manages to enhance the proper moment, at least in the music I listen to. They are very much like the 2nd Gen Pixel Buds that I happened to find quite pleasing.

Now, if you want to seal your head off from the world, toggle on ANC, and be taken to a $300 soundstage of epicness, these won’t get you there. I’m not sure the Pixel Buds A will blow your mind with their sound, but they also won’t disappoint.

Like the 2nd Gen model, this A-Series pair of buds fit my ears perfectly. These are ridiculously comfortable to wear for long periods of time. Out of the box, with whatever size tips Google offers, it’s as if Google knows how my ears are shaped.

I spend most of my time wearing earbuds while working out, rather than during a commute or sitting at a desk, just so you know the kinds of abuses I put them through. Whether its on long runs or rides or throwing around weight, these Buds A-Series not only stay put, I often forget they are there, with their light weight and soft fit.

Almost every other pair of buds I’ve tested over the years has bugged my ears at some point during a lengthy wear test. Whether its improper fitting tips or the bulkiness from added tech (like ANC), I just can’t find a pair of buds I like to wear as much as the last two pairs that Google has released.

For those wondering, they do include two other sets of tips, in case the out-of-box pair doesn’t work for you. That’s all that can be adjusted, though. 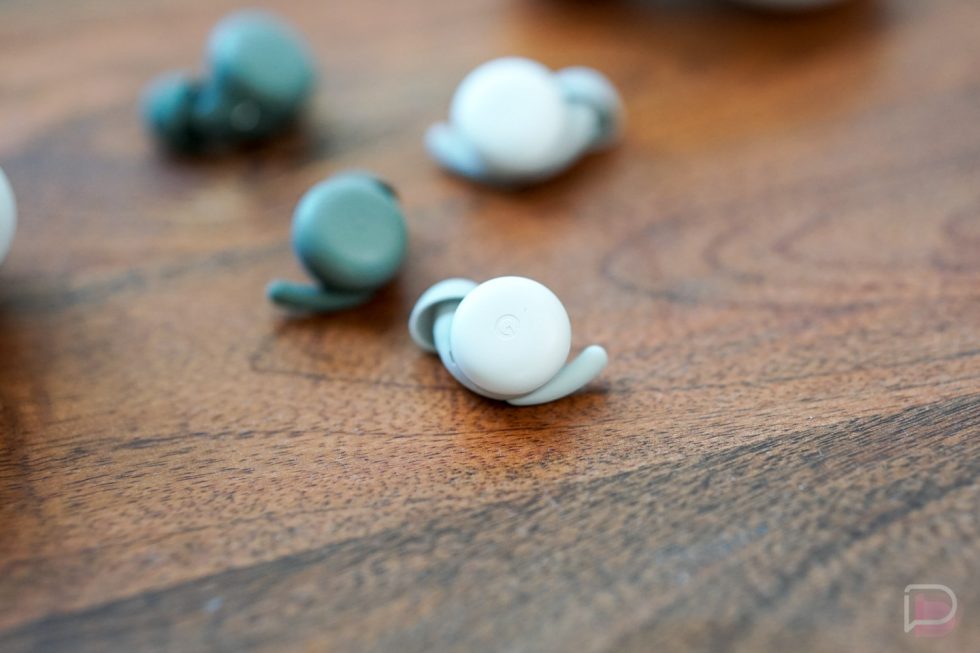 Google rates the Pixel Buds A-Series as having up to 5 hours of listening time that can max out to 24 hours total with charges from the included case. If you talk a lot through earbuds, those numbers drop to 2.5 hours when in-ear and 12 hours using case charging.

Those aren’t industry-leading numbers by any measure, but they have been fine for my uses. Again, I only find time to wear earbuds when working out, so that means anywhere from 30 minutes to 1.5 hours of straight usage, then back in the case to charge back up. This past weekend, I went on an 8.5 mile run for a little over an hour and that dropped the buds to 70% or so.

In the time I’ve been testing the A-Series, I think I’ve charged the case maybe twice, and I’m not actually sure I needed to the 2nd time, I just hadn’t looked at the percentage it held and wanted to make sure I was safe.

I’m sorry it took me so long to get here, but let’s talk connectivity, since this was such an issue with those 2nd Gen buds. As far as I can tell, Google really has fixed a lot of the dropouts that were found on the previous-gen model.

Throughout hours of use, I haven’t had even one memorable drop when connected to my Pixel 5, like I did with the 2nd Gen. I can still remember on the 2nd Gen model when I’d be out for a run and those Pixel Buds would just completely disconnect and I couldn’t tell if they had died, were rebooting, if my phone was having issues, or what. That hasn’t happened at all with these.

If there have been drops, it’s when connected to a computer for audio. I’ve used them when connected to two separate Windows PCs and have noticed the occasional hiccup. Not a full drop, but some wonky audio cuts that aren’t that noticeable and certainly don’t last long. I can also fully cup my ear and force them to cutout, though I’m not sure why anyone ever does this. I only point it out because people complained that it was an issue previously.

Now, Google says they fixed all those old problems by allowing each earbud from the Buds A-Series to connect to devices rather than relaying the connection like they did in the previous pair. That appears to have helped a ton, but those problems aren’t 100% gone here. 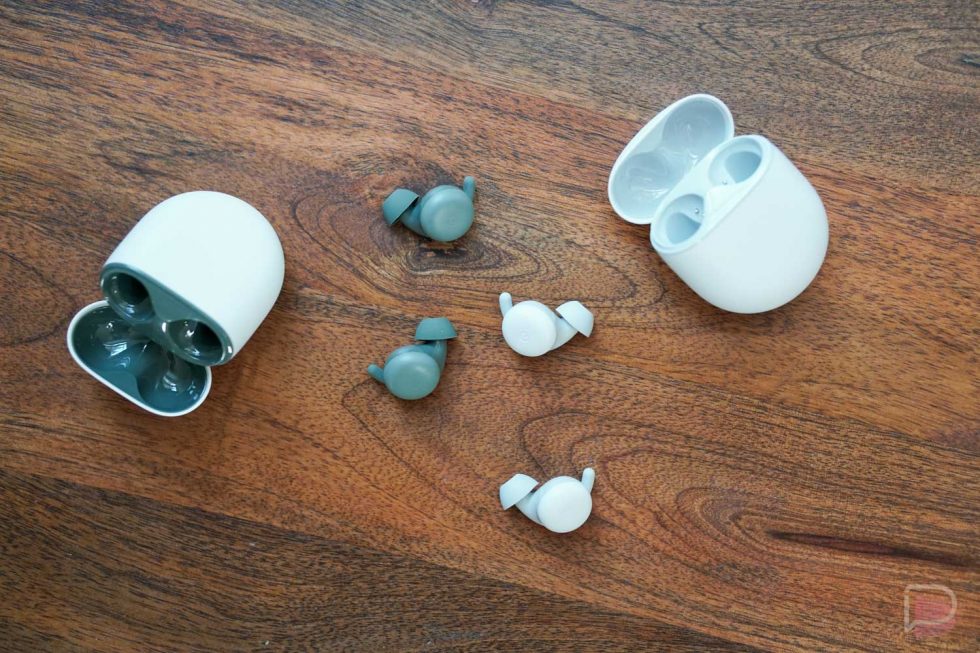 The Pixel Buds A-Series are a solid and improved follow-up to the previous model, mostly because the price better suits the set of features and because Google has improved a good chunk of the issues we all complained about. In addition to fixes, they kept the solid sound, decent battery life, and the nifty case design. They also kept the wonderful fit and design that deeply please my ears.

For $99, the Pixel Buds A-Series fall in at a decent price point, just understand that others are offering ANC and longer battery life for this money. I’m not sure those others can match the comfort and look, though.