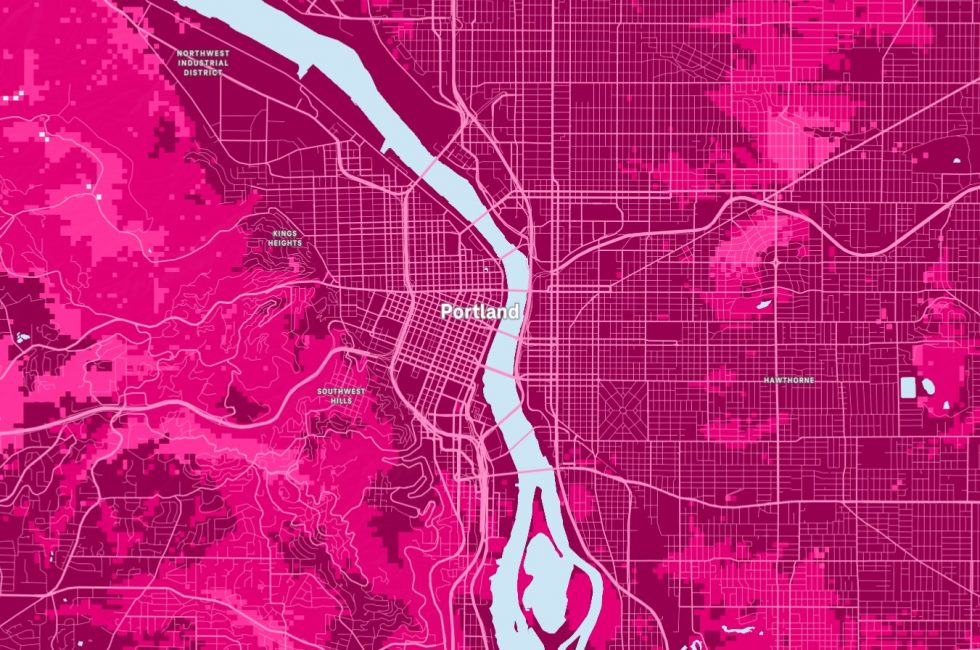 T-Mobile talks about 5G more than anyone in the industry not named Qualcomm, because when they bought Sprint, they inherited a whole bunch of the good 5G that no one else had (at the time). We’re talking mid-band 5G, the type that will actually improve your wireless experience, unlike low-band “nationwide” 5G and the never-gonna-find-it 5G mmW stuff.

Their rollout of mid-band 5G has taken some time, but if you’ve noticed a bump in speeds recently, it’s probably because they’ve turned it on in your neighborhood. And if you were curious if that was the case or how you might access the good 5G, their coverage map now shows where you’ll be able to connect to “5G Ultra Capacity.” Yes, we have to give 5G ridiculous names because marketing.

As pointed out today by PCMag, heading over to the T-Mobile Coverage Map (link) will show a darker magenta color for 5G Ultra Capacity areas, along with lighter shades for “5G Extended Range” (their nationwide 5G), 4G LTE, 3G/2G, and so on.

The map at the top of this post shows that Portland, where your boy lives, is very much covered in this “Ultra” 5G, as are the surrounding cities. However, dipping outside of populated spaces drops you right back to the slow 5G or 4G LTE (below). 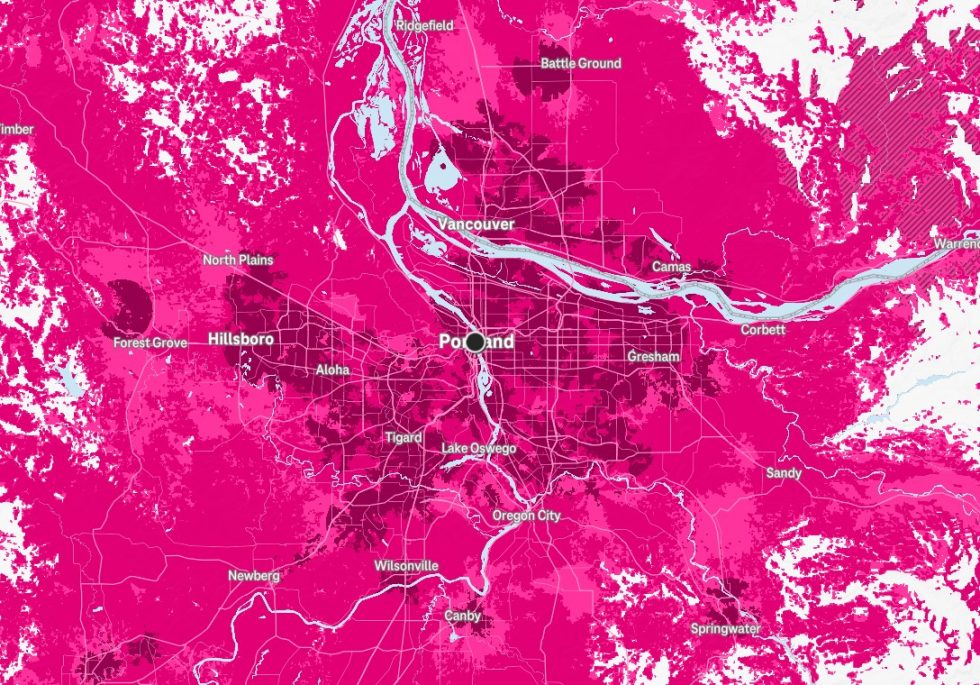 Checking out a number of other cities across the US shows similar coverage. Again, this is why T-Mobile never stops talking about its 5G network, because it has a mid-band 5G network that is very much available. Mid-band 5G is the type that offers big speed improvements across big spaces, unlike 5G mmW (big speeds with awful availability) or the nationwide, low-band 5G (big coverage, slow speeds).

Verizon and AT&T do not yet have mid-band 5G networks, though they should open them up next year with the C-band spectrum they just purchased. Once those networks start going live, we might finally see a piece of the 5G future we’ve been promised for the better part of 5 years. For now,  T-Mobile is the 5G king.