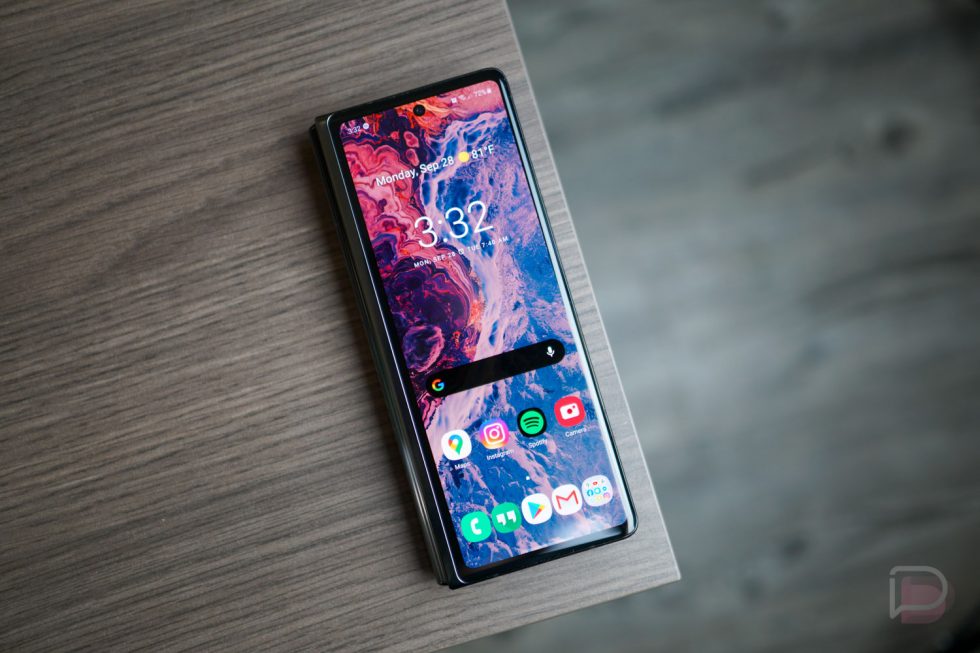 As a part of last night’s announcement for the upcoming Unpacked event, Samsung opened reservations for the devices they plan to show off, namely the Galaxy Z Fold 3. While I’m sure six people will be interested in the Z Flip 3, the Fold 3 is the headline grabber and the device we’re most excited to see.

For reservations (reserve here), Samsung is once again offering you incentives to add your name to the list of potential buyers. They really want you to buy their foldables, like the Galaxy Z Fold 3, if that wasn’t clear already. I’d imagine they feel like simply getting your name on the list and teasing all sorts of discounts will give them added power in convincing you to buy once the devices are available.

The incentives they hope will make the difference through reservations include the “highest online instant trade-in values” that’ll feature an extra $100 trade-in credit. They’ll also include Samsung Care+ for free for 12 months ($155 value) and “an extra special offer” towards other Galaxy products during pre-order. My guess is that’ll mean cheap or free Galaxy Buds 2 or chargers or those types of things.

In a bit of a new twist, Samsung is going to help you afford one of their ultra-expensive foldables this time around by letting you trade-in more than one device. As you are all well aware, the Samsung trade-in program kicks ass, especially at launch of new products because Samsung increases trade-in values to unrealistic levels. If they are going to let you add on a second device, well, this could be a big year for the Z Fold 3.

As you can see from the image below, Samsung will give you choices of phone, tablet, or wearable to trade-in as a first device, but then they are adding a second device with those same choices. You could trade-in two phones, two tablets, two wearables, or a combination of the three to help you lower the price of the Galaxy Z Fold 3, a phone that will likely cost well over $1,000. 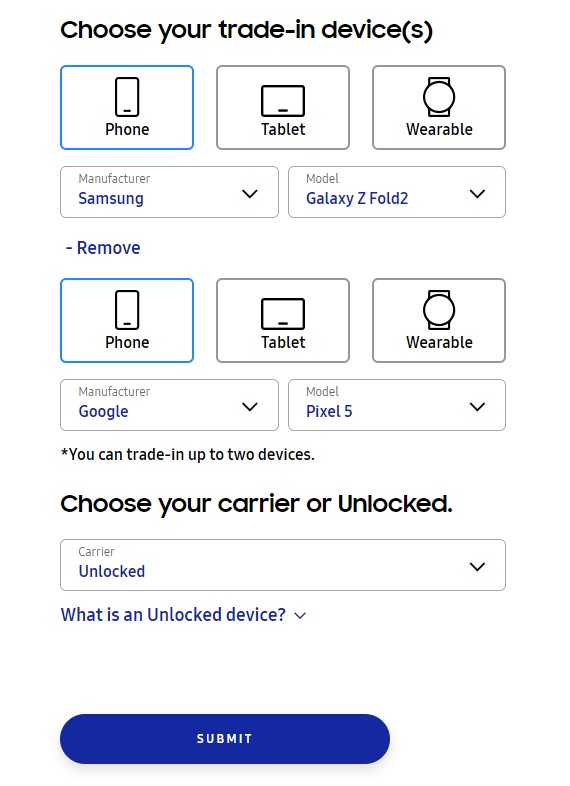 Of course, we don’t know values for trade-ins just yet. However, Samsung offered $800-off the Galaxy Z Fold 2 last year if you had an original Galaxy Fold to give them. They came close to matching that by offering up to $650-off for the top Samsung and Apple devices at that time too. If Samsung lands at around those numbers again, you could easily get $1,000 off the Z Fold 3 if you have a couple of newer gadgets to hand over.

The reservation system is only open until August 11 when Unpacked kicks off. Get your name on the list, since it doesn’t cost anything.