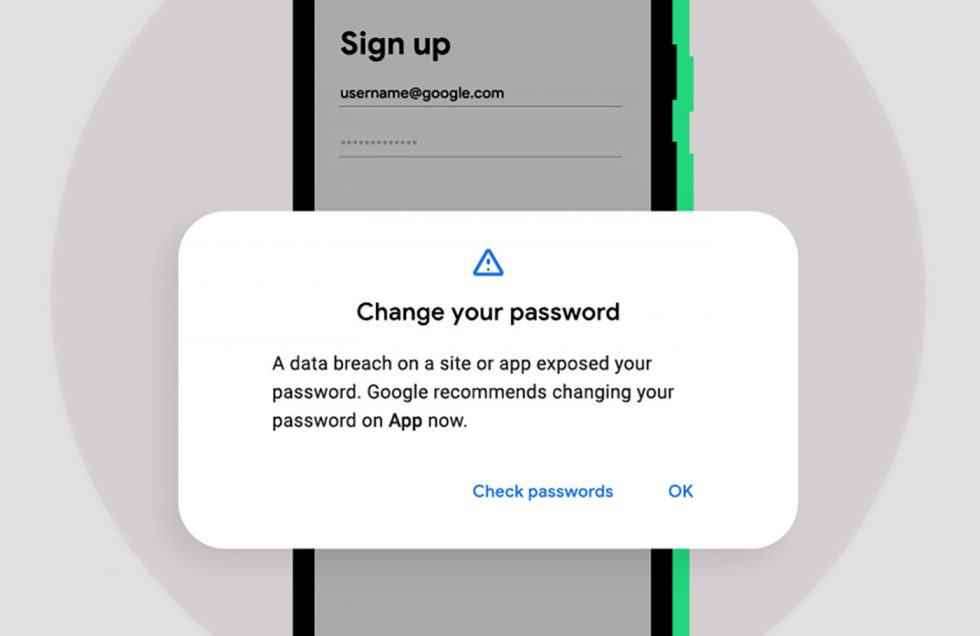 Like they did at the end of December, Google spent this morning showing off another six new features that are coming to Android that everyone should get to use. Unlike a typical software update that rolls out by carrier or manufacturer, these are features that will arrive through apps or other Google services, so we should all see them around the same time.

Google is pushing out Google Maps dark mode (for real this time), a new Password Checkup tool, message scheduling in Google Messages, Assistant commands that work when your phone is locked or far away, more Android Auto customizations, and a new version of TalkBack. 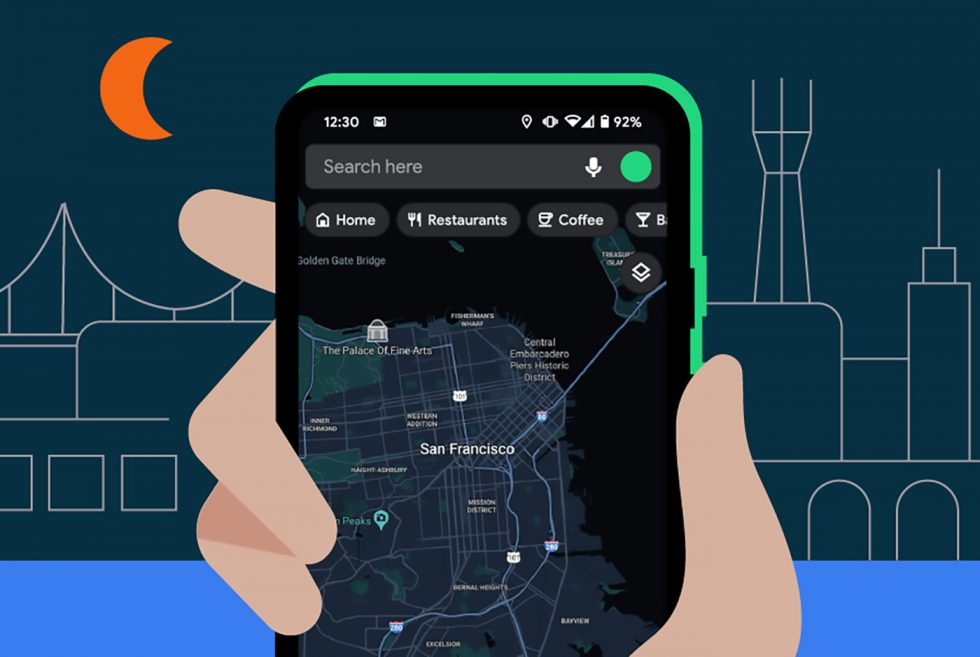 I know, I know – we thought it was here in September and it actually wasn’t. I’m sure we declared it to be here at some point before that too. For real, though, Google is publicly saying that Google Maps’ dark theme is here.

They say you can find the option by heading into Google Maps>Settings and then looking for “Theme.” From within that section, there should be a toggle for “Always in Dark Theme,” “Always in Light Theme,” and hopefully another that follows your system theme. As I don’t have the option yet, I can’t confirm.

Password Checkup, the fabulous tool on desktop that checks your saved credentials against “known compromised passwords,” is coming to Android. If you have Google’s Autofill enabled on your phone, saving or filling a credential in an app will be checked against compromised info, so that Google can then recommend that you change your password.

Again, this all happens within Google Autofill on your phone, with a prompt to take you too the Password Manager page should you need to update your login info. 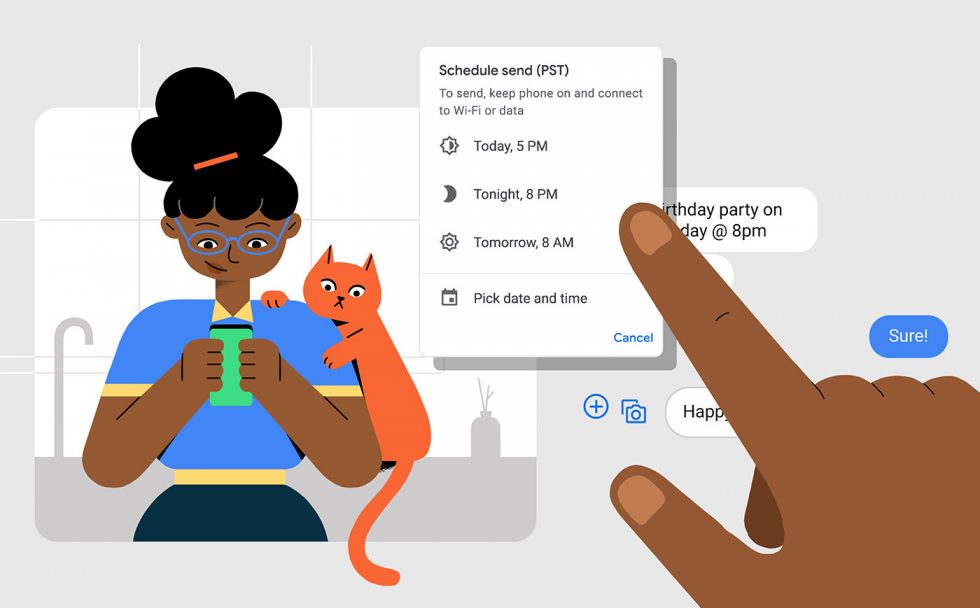 In September of last year, a few Google Messages users noticed that they now had the ability to schedule messages to be sent. The feature was never confirmed by Google, to my knowledge, until today. Scheduling is officially coming!

To schedule a message, open Messages and type out a message to a contact, long-press on the send button and you’ll then get options to schedule. Google will show suggested times for later today, tonight, and tomorrow, but you can also set a custom date and time.

This should be rolling out now, as I have the feature already.

Firing off Google Assistant commands can be so satisfying if they work properly and you don’t need to interact with your phone in order for them to complete. But how many times have you tried to get the Assistant to do something and it says, “You need to unlock your phone first?” Too many, I assume.

Today, Google says that a new update to Google Assistant will “make it easier to get things done on your phone without needing to be right next to it.” In other words, you’ll now be able to set an alarm, play music, send text messages or make calls, all without unlocking. There is a new set of glanceable cards that will show basic info on the lock screen when you use these commands.

To enable this functionality, make sure the toggle for “Lock screen personal results” is on within Google Assistant settings. 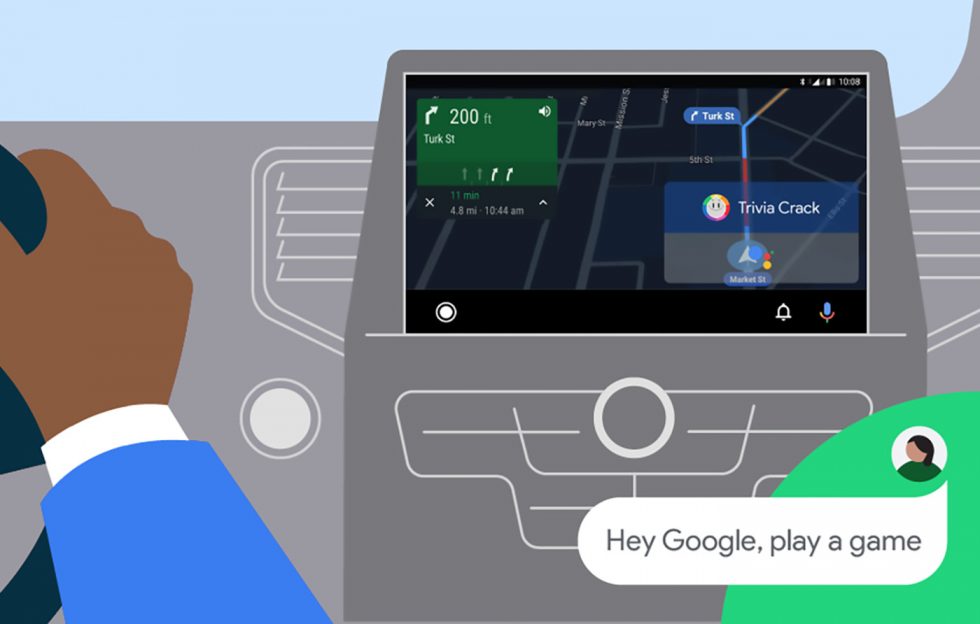 An update to Android Auto will soon bring custom wallpapers and voice-activated games like Jeopardy! and Trivia Crack. Google is also going to enable home screen shortcuts for things like contacts and simple tasks the Google Assistant can do like checking the weather or remotely adjusting your home’s thermostat. There will be a new split-screen view when your car has a wider display and a privacy screen when you have others along for the ride too.

TalkBack gets a new version

TalkBack, which is Android’s screen reader for those who are blind or with low vision, is getting a new revamped version with more intuitive gestures, a unified menu, a new reading control menu, and more.

Google says they’ve added a dozen easy-to-learn multi-finger gestures for Pixel and Samsung Galaxy devices that should make it easier to interact with apps. They merged legacy menus into a single menu that adapts to context and added new reading controls that are adjusted with 3-finger swipe. They even added new voice commands, support for two new languages in TalkBack’s braille keyboard, and more.

To read all that is new in the new version of TalkBack, head over to Google’s blog post.

Oh, when is all of this stuff coming to your Android phone? Google would only say, “This spring.” However, some of these items are already on my phone, so don’t be surprised if you have them over the next couple of weeks.