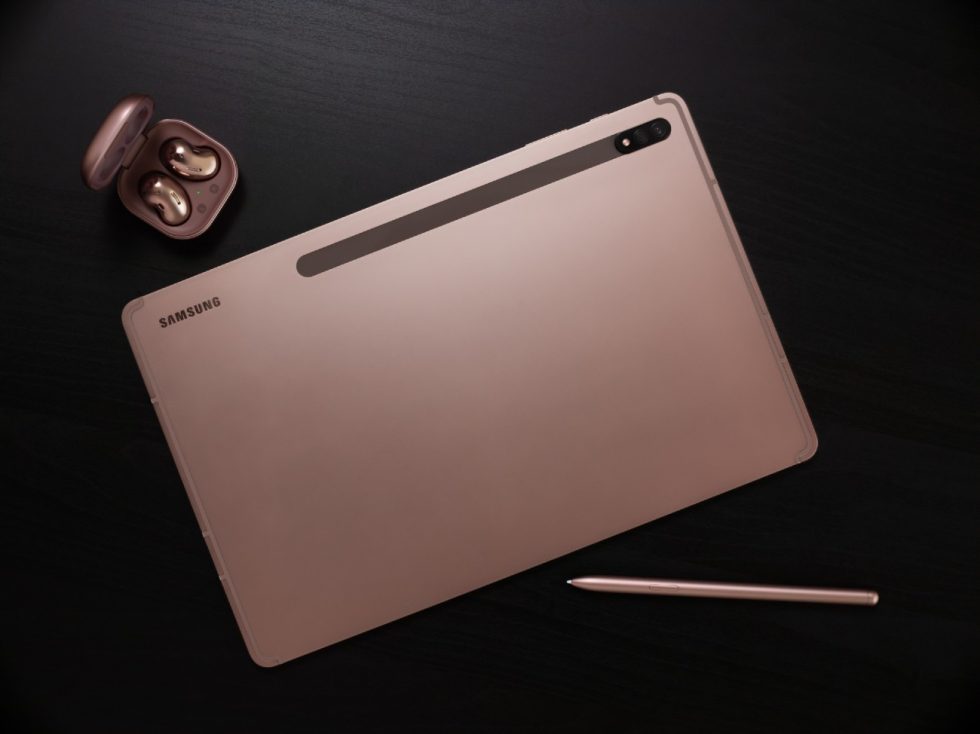 The high-end pair of tablets released by Samsung late last year, the Galaxy Tab S7 and Galaxy Tab S7+, are the latest from the “King of Android Updates” to get Android 11 and One UI 3. Samsung announced the update this week, pointing out all of the new device-to-device and productivity features they’ve included.

So we’re clear, this update should have the One UI experience tweaks that all of the phones got, plus Bubbles, more privacy controls, etc. But in addition to all of that, there are extra cool things that Samsung has built-in as a part of One UI 3 for tablets.

The Galaxy Tab S7 and S7+ will be able to do things like copy text and images from smartphones and then instantly paste them on the tablet or vice versa. I have no idea how often people might need to do this, but hey, it’s there if you need it. 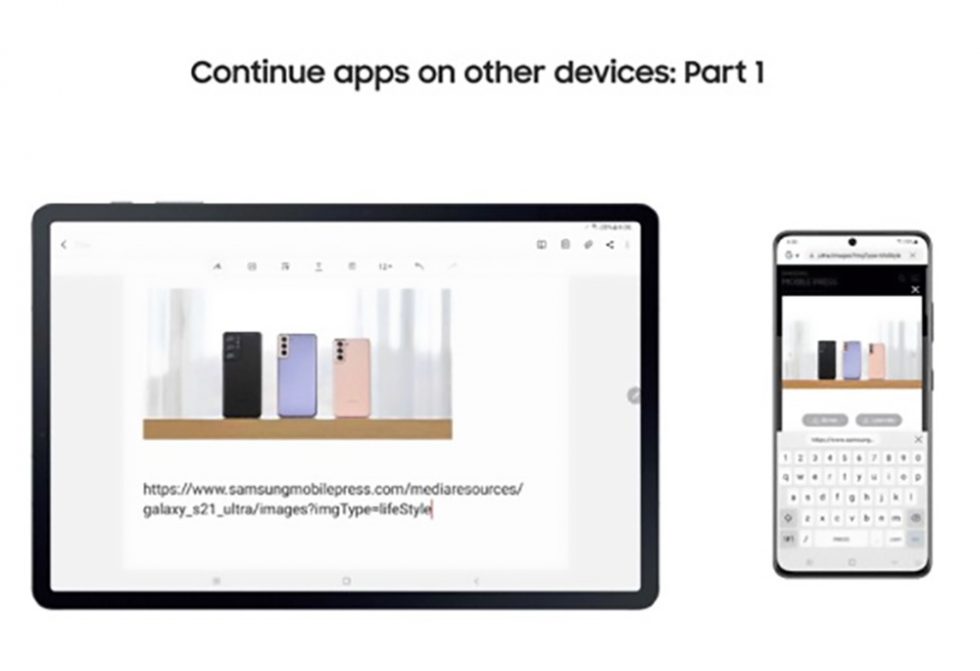 Samsung has added in an uninterrupted continuation of Samsung Internet browsing and auto-syncing of Notes between devices. All you have to do is move from a phone (like a Galaxy S21) to the tablet, hit the recent apps button (or swipe into it), and look for a special “Recents” button in the bottom right corner that will let you continue. 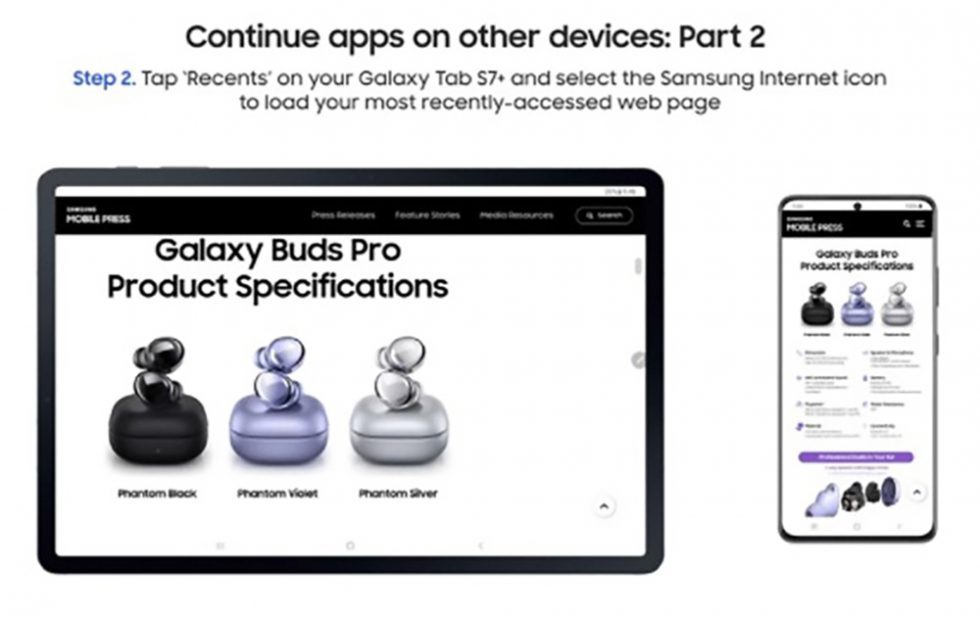 Galaxy Tab S7 owners can now use their tablet as a Second Screen with Windows 10 devices in a couple of modes. They can use “Extend Mode” to essentially add the Tab S7 or S7+ as a secondary monitor or they can have it duplicate their PC actions in “Duplicated Mode.” This is all wirelessly done by the way. 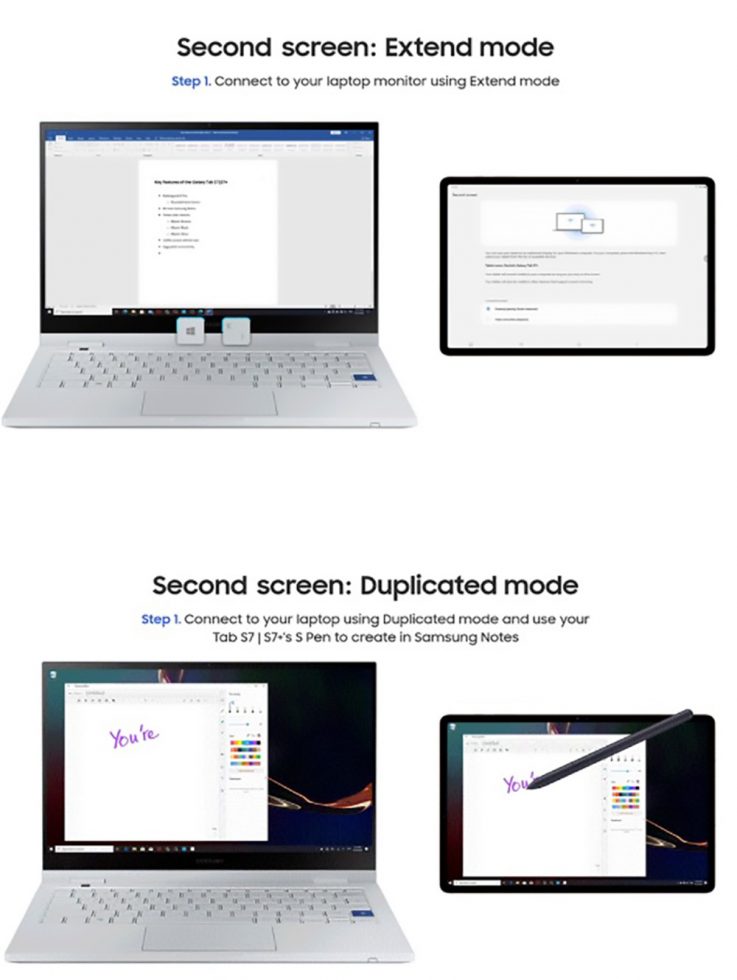 Finally, Samsung added a feature that lets you quickly toggle wireless keyboards between tablet and phone, plus the new Galaxy Buds Pro can smart or “Auto Switch” between devices when something like a call comes in.

The update is to Android 11 and One UI 3, but it may also be One UI 3.1, the same new build that is currently only on the Galaxy S21 line. That’s cool.

Samsung says the big update is rolling out now, so be sure to check over the next several days.