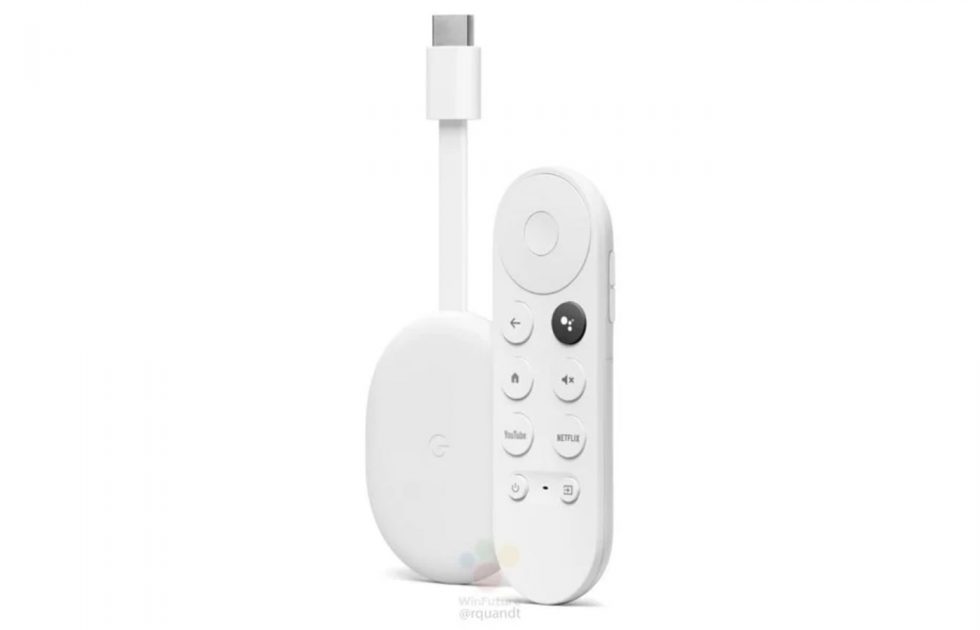 The new Chromecast with Google TV has finally been outed in official renders and it looks like a tasty little dongle that will replace that aging Chromecast you currently have attached to your big screen.

Previously leaked as “Sabrina” and then “Chromecast with Google TV,” images were posted this morning by WinFuture that were likely pulled from a retailer who slipped up. The images show a white version with remote (“Abbey”), though there is a good chance we’ll see additional colors.

The takeway here is that you’ll have a dongle-style device not much larger than a Chromecast, only it will have full Google TV (Android TV) functionality with remote. It’ll connect to your TV via HDMI, has a USB port, and could cost around $50 when it launches in a couple of weeks.

Today’s leak suggests a quad-core AMLogic S905X2 chipset inside, along with 2GB RAM and not much internal storage. This likely won’t be billed as much of a gaming or power user device, but instead as a really affordable way to give any TV or screen a smart TV experience.

With Google’s September 30 event quickly approaching, it won’t be long before you’ll get your hands on one. 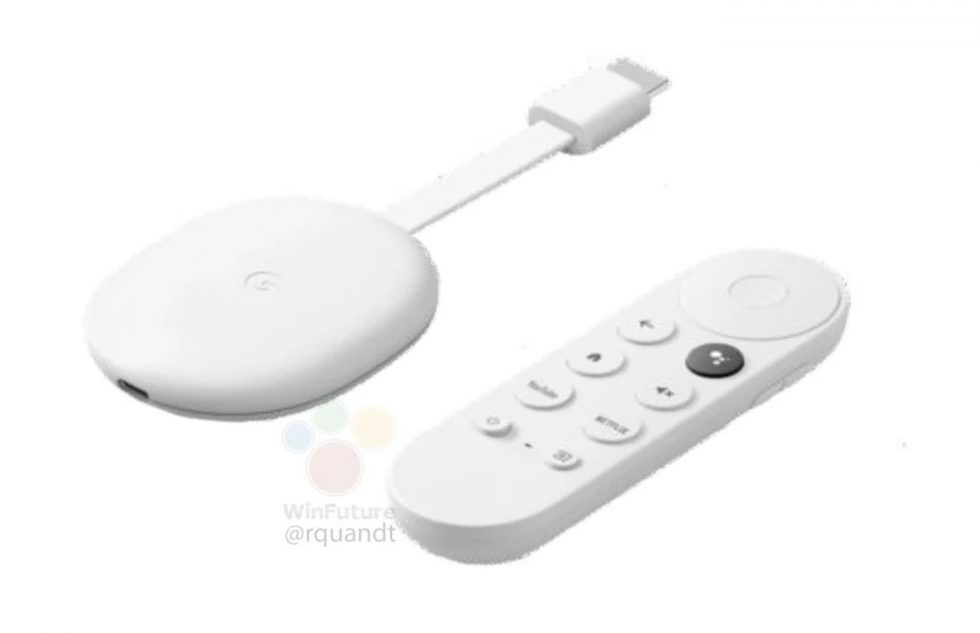