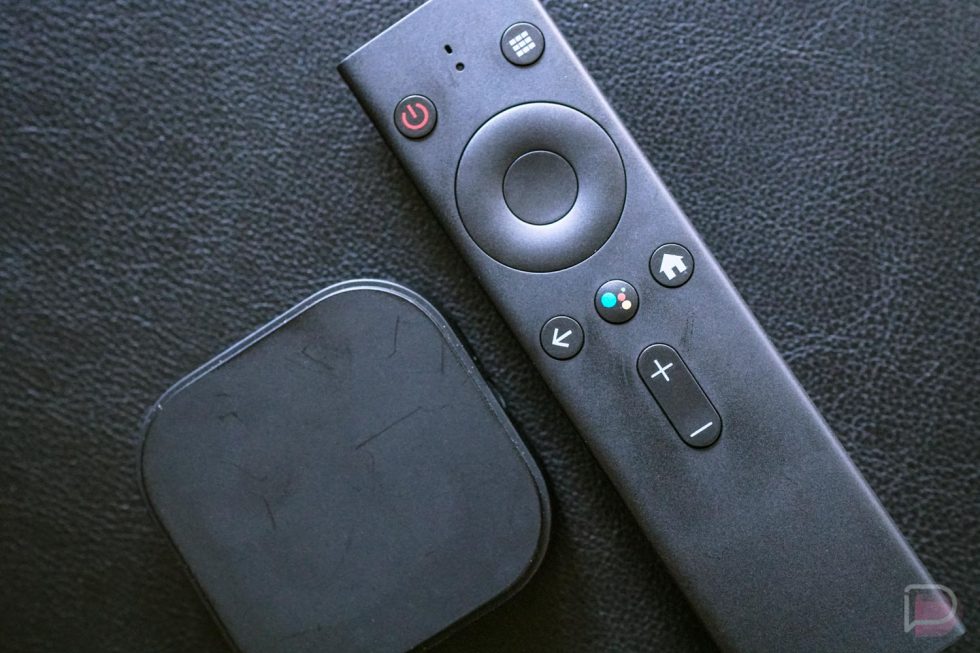 We must be getting incredibly close to Google’s fall “Made by Google” hardware event, as one of the expected devices for such an occasion just showed up at a couple of US retailers. The Android TV dongle called “Sabrina” made an appearance at the retailer in a couple of colors and with a potential price tag that will be hard for anyone to beat.

The listings were first spotted by 9to5Google from Home Depot and can still be found with cached Google pages under two colors (blue, gray) and model numbers (GA01923-US, GA01919-US). There is supposedly a third color (“Summer Melon”) and model number (GA01920-US), but we couldn’t find that listing. Walmart is preparing to list the device as well, as can be seen at this cached page, that we just discovered.

Home Depot lists Sabrina as some sort of bundle with another device called “Abbey” and has it priced at $49.99. Walmart, on the other hand, has the same “bundle” and marked it at $59.98. Both prices are cheaper than the $80 price tag rumored a few months back.

As you probably noticed after taking a look at the image below, Home Depot is actually just showing a Chromecast here. That would be correct, though there isn’t currently a Chromecast called Sabrina or Abbey, nor is there one priced at $50. The regular Chromecast (3rd Gen) costs $30 and the Chromecast Ultra still runs $70. 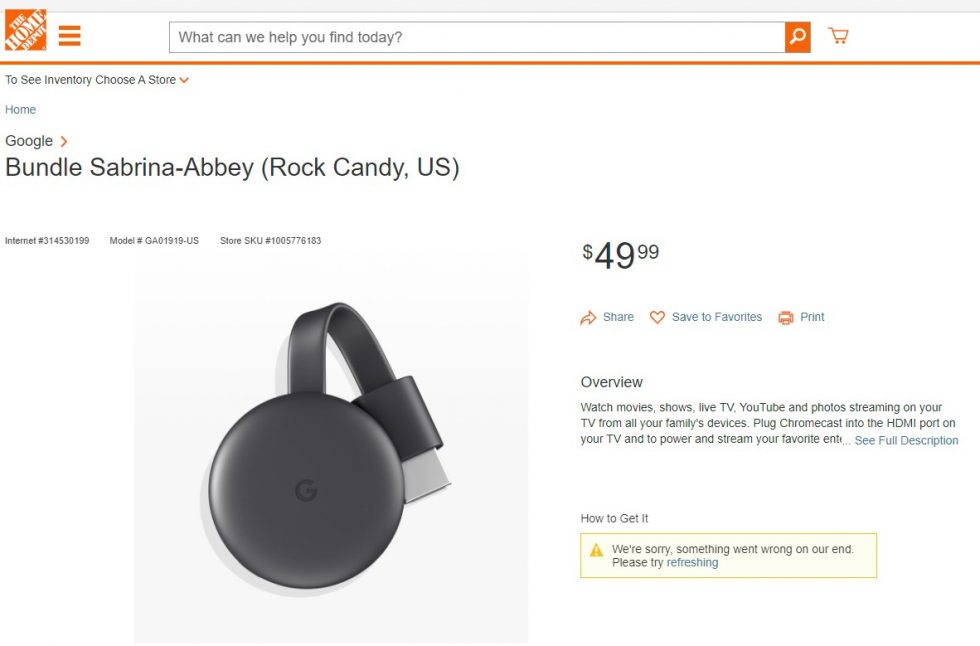 The description from Home Depot’s site probably should be ignored as a placeholder, but it does suggest 4K streaming and controls via “Proprietary App.”

Since this is listed as a bundle everywhere, I’m wondering if “Abbey” isn’t the remote that will come with the device. After all, we did just see two devices stop through the FCC that seemed related. Google calling these a “bundle” everywhere certainly has my attention. UPDATE: XDA has confirmed that the remote is indeed called “Abbey.”

With a super affordable Android TV device, new Nest speaker, and a couple of Pixel phones, the next month could be pretty sweet.