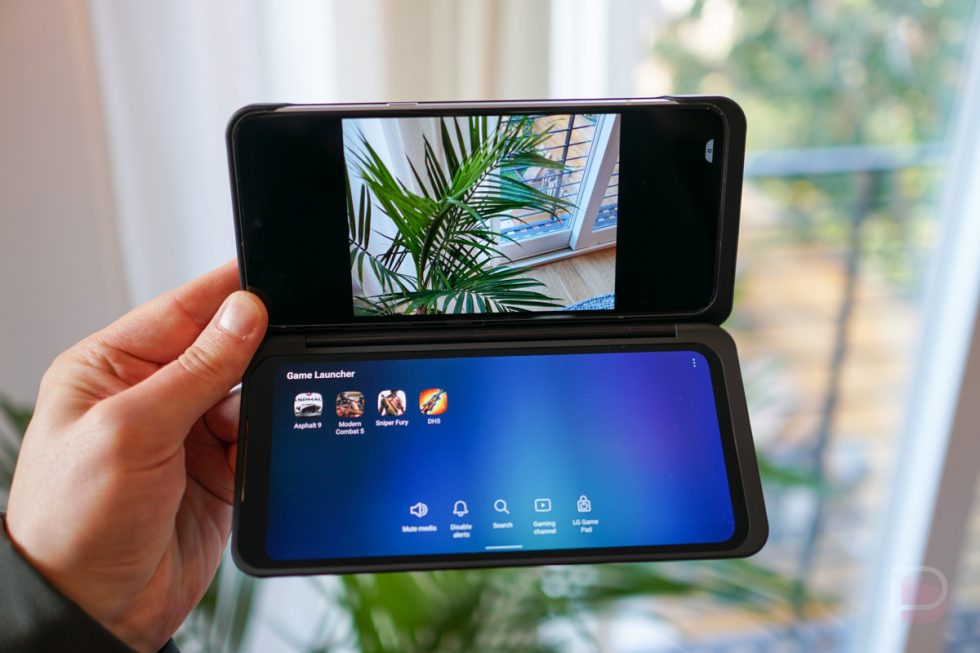 LG unwrapped their newest phone today, the LG V60 ThinQ 5G XL Pro Double-Dippy DAC Dual Screener and we were fortunate enough to spend some time with it. It has (almost) all of the proper specs for a 2020 phone, sans a high refresh rate display. It’s unique, though, because of the secondary Dual Screen display that LG is including with it, so potential buyers are getting a pretty sweet bonus on top of the phone itself like they did with last year’s G8X.

This is one of those topics that I have absolutely zero feel for. I’m not referring to the phone, but instead its Dual Screen feature. I get the impression that LG saw enough success with this idea from last year that they are going all-in on it for 2020 and possibly beyond. That’s cool too, it’s just that because I can’t grab a pulse on the subject, I’m struggling over whether or not this is the right play. This is where you come in, friends.

I’ve used foldables and happen to understand the appeal there. The original Galaxy Fold was pretty great, flaws and all. Having a single, fluid foldable display that you can use without a line between two separate panels makes sense to me.

I’m also aware that some companies aren’t going to attempt that engineering feat and are instead going this route, the double screen setup. LG has done it, but Microsoft is planning to do it in a big way with the Surface Duo later this year. We are in a time of foldables, some of which have two screens instead of one. It’s the 2-screen thing I’m not sure I get yet.

Do you all want this? Do you want second screens?