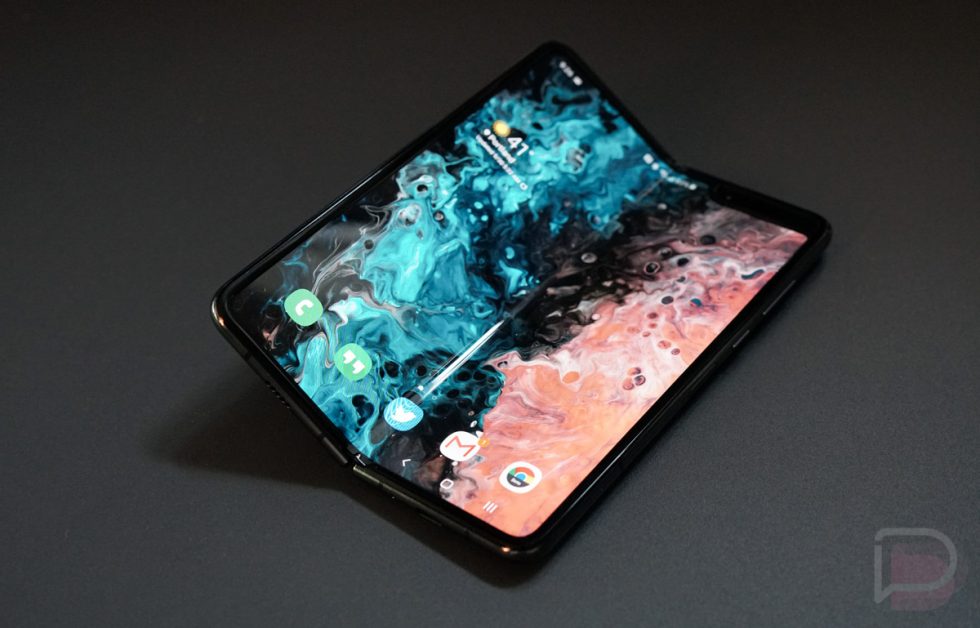 The year of 2019 hasn’t been the most exciting as far as phone releases go, but there is one that I’ve had a constant itch to get back in house, it’s just that I don’t really want to pay $2,000 of my own money for it. I really do wish I still had a Galaxy Fold.

Tim and I spent a good week or two with a Galaxy Fold in each of our offices, shared some final thoughts on the device, and put together a couple of lengthy videos to showcase features and explain the goods and bads of it. We deemed it the ultimate “Couch Phone,” were scared to let anyone touch it, certainly never set it down near water, and didn’t consider letting it join along in workouts or any environment involving dirt and sweat. We both knew the downfalls of the Fold before we got one in our hands and yet I think we both sent our units off with a bit of sadness.

You see, phones aren’t really as interesting as they once were and their form factors are so familiar that they don’t inspire us to change habits or become more efficient or make better use of the tools around us. I haven’t changed the layout of my home screen setup in like 4 years because the way it currently works, just works. Not that that’s the worst thing to have ever happened to me, but with the Galaxy Fold, things were different and I started to find new ways to enjoy a smartphone again.

For example, I had a minimal setup on the cover display that was really good at letting me fire off quick message responses, check notifications, and clear out my inbox in the morning. It allowed me to use a phone less at times, because it was small enough that you don’t want to spend much time with it, yet there’s enough screen there for completing simple tasks.

On the flip side (or the unfolded side?), when I wanted to do more, the beauty of the Fold and its bigger display came into play. Not a tablet-sized screen either, which is probably what’s really so great about the Fold. You get a big ass display, yet not one that dives into tablet territory that makes everything in-hand awkward to do.

I found that I wanted to play more games (and I’m not really a mobile gamer), that I wanted to consume more media, and that using apps that I typically use throughout a day, were just more fun. I even used multi-window to get Twitter and YouTube TV up at the same time on multiple occasions. I’ve never adopted multi-window on previous phones or versions of Android because on a regular phone, multi-window sucks.

Samsung nailed the experience with the Fold, probably in part because it includes every single top tier spec a phone could have when it launched. It had so much storage (512GB UFS 3.0) that I was never going to worry about all of the junk I installed on it. It had 12GB RAM and was as fluid and quick as can be. It had the impressive setup of three cameras on the back found on the Galaxy S10+. And the battery lasted a really long time, even though there were two screens, one of which was large.

“So, Kellen, why not just buy one?” Because! The Galaxy Fold is still $2,000 and is fragile AF. I know the Fold will break at some point under some unfortunate circumstance, long before I’m ready to be done with it. Maybe most importantly, there is going to be another Fold very soon and it probably won’t have giant gaps that dirt can get into, a screen that can be damaged with a finger nail, and warnings upon warnings in the box to try and scare you from ever using it.

That’s why it’s not a phone you should spend $2,000 on. That’s why it’s a phone that I want no business paying for even as I keep looking at Best Buy for stock levels on the unlocked version in hopes that there is a random price drop of $1000 (there won’t ever be). Ugh, I want the Galaxy Fold again so bad.