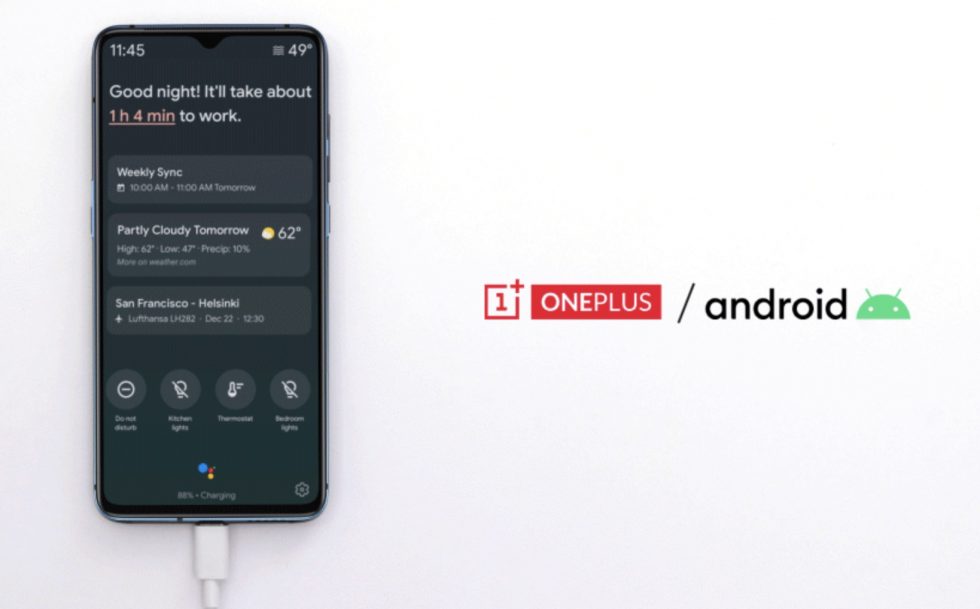 Ambient Mode was first introduced last September on a very small number of devices. Google showcased it as a way to turn your smartphone or tablet into somewhat of a smart display, where you could see Google Assistant info (like your commute, weather, etc.), shortcuts to smart home controls, notifications and reminders, and music controls. You could also use Ambient Mode to turn your smartphone into a Google Photos digital photo display.

In November, Google announced more details surrounding Ambient Display and said to expect it on select devices from Sony, Nokia, and Xiaomi. That’s a pretty small list that left us wondering if or when we might see this useful feature on more. This week, OnePlus announced that it’s phones will join that exclusive list.

OnePlus phones from the OnePlus 3 on up (that should include the newest like OnePlus 7 and OnePlus 7T) will gain access to Ambient Mode. This is a staged rollout, so it may take a few days, but you can check to see if you have it by opening the Google App, then More>Settings>Google Assistant>select the Assistant tab>Devices. You also may be prompted to turn it on when you plug-in your phone to charge the next time.

Since OnePlus continue to not have an always-on display option, this could act as one, assuming you don’t mind leaving your phone plugged in all the time.