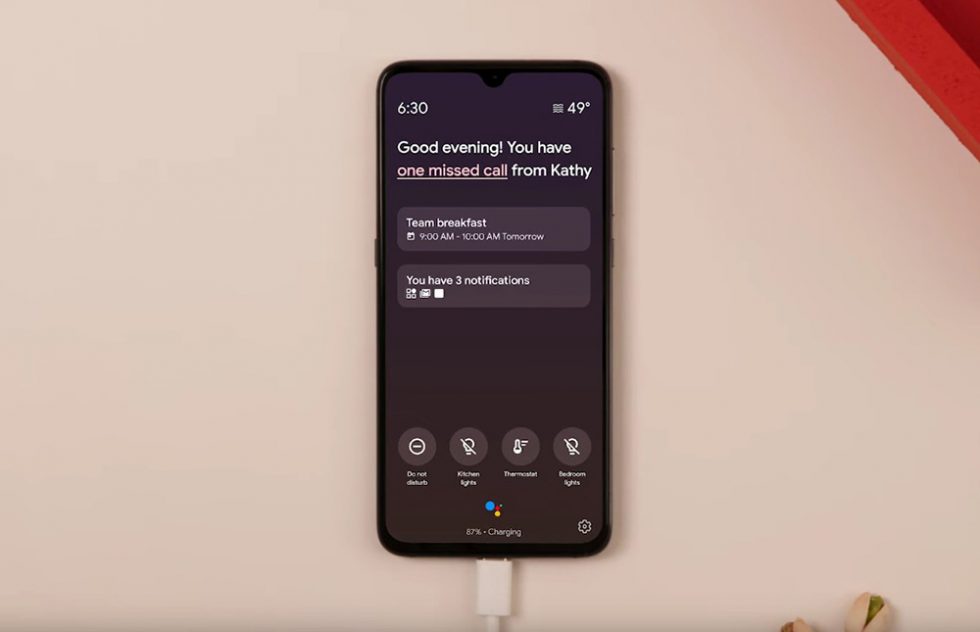 The Ambient Mode for Google Assistant that was first revealed back in September, is supposedly rolling out, according to Google. Through a video demo of Ambient Mode today, and a Tweet from the Android account, we should be close if it’s all not happening today.

Not familiar with Google Assistant Ambient Mode? It looks cool, just so you know. Basically, it’s a smart screen that pops up on your phone while it’s charging to help you do typical things.

You can get a good idea of the mode in the image above, but with Ambient Mode you will see hints on your commute time, weather, upcoming calendar items, shortcuts for controlling your smart home, a shortcut to launch a camera or set an alarm, and access to Google Assistant with one-touch. It’s almost as if Google figured out a way to turn your phone into a smart display, only this will probably be much more useful as it learns and is likely within reach.

Google says that Ambient Mode is available on select devices running Android 8.0 and above, though we don’t have a specific list. . We know that select Nokia devices were given access. But what about Pixel phones or Samsung Galaxy devices? If we find out, we’ll update this post.

Anyone receiving Ambient Mode yet?

Starting next week, Ambient Mode is rolling out to Sony Xperia, Nokia, Transsion and Xiaomi 📱 and select Lenovo tablets running Android 8 or newer.