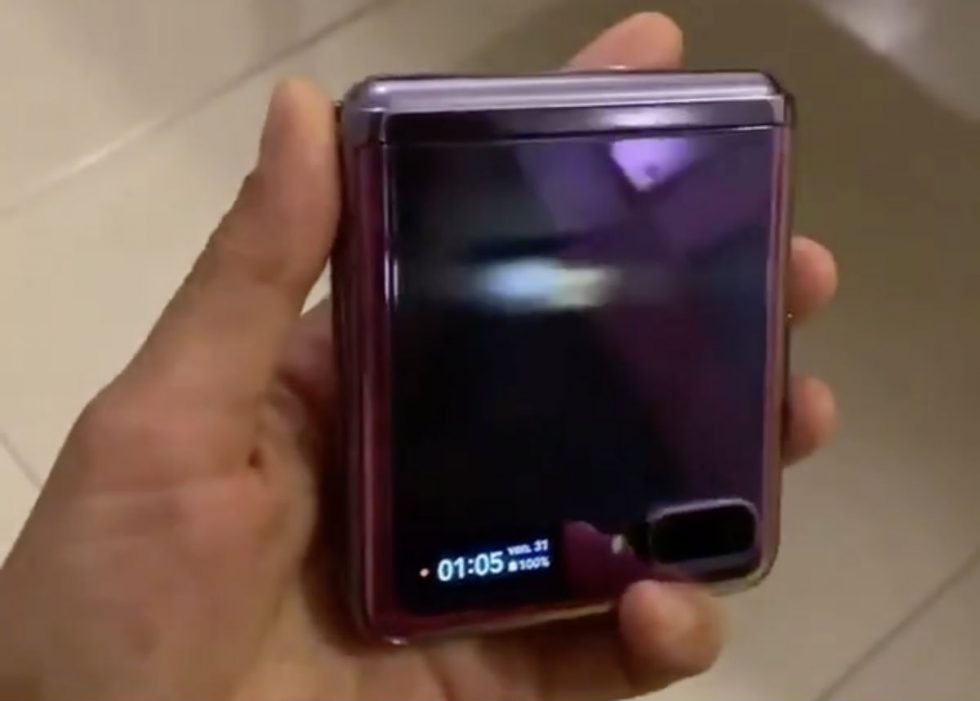 We’re still a week from Samsung’s official Unpacked event, where we expect a ton of new hardware to be announced. As of today, it’s pretty certain that Samsung will announce the Galaxy S20, S20+, S20 Ultra, new Galaxy Buds, as well as this Galaxy Z Flip foldable device.

Thanks to the internet, we’re getting an early hands-on video with the Galaxy Z Flip, going beyond just a few still images and leaked press renders that we’ve had.

The video is short, but we do get a good look at the clamshell design in action. In addition, we can see the small display on the outside of the device, the one that will be used for glancing at the time and checking on incoming notifications. I suppose we can also admire the device’s color, too.

The inside of the device looks as expected. It’s very tall and narrow, similar to the devices Sony has been producing recently. The main difference is that you can fold the Galaxy Z Flip and you can’t fold a Sony phone. Not by design, at least.

Reports have this phone priced at about $1,400. Thoughts?